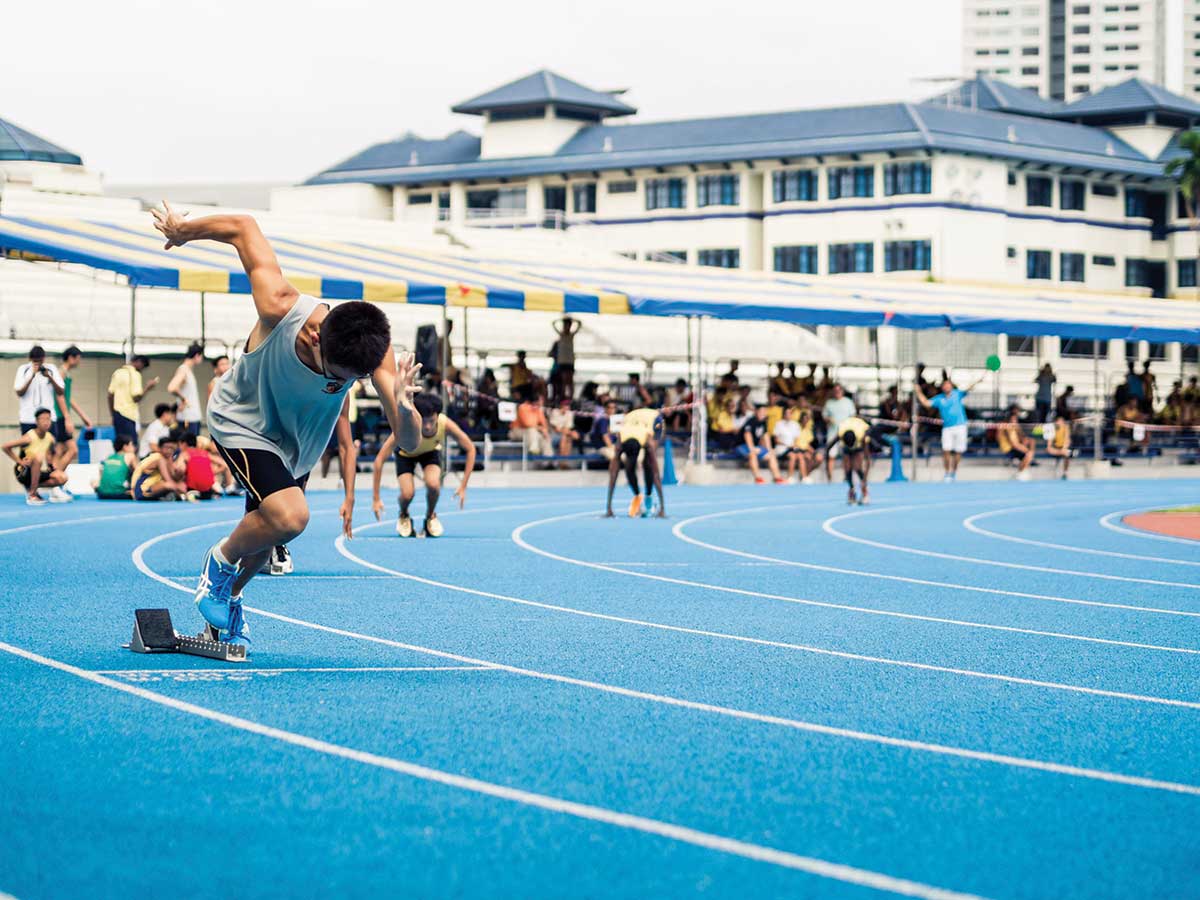 GC: Tell me about your role and how you came to be at Asics.

Supriya Gogia (SG): Asics opened its Southeast Asia regional headquarters in 2012 here in Singapore. I joined Asics in 2016. Prior to this, I was working for a retail e-commerce company which was a first mover in the region. After a good run with online retail, I was looking to get some hands-on experience in offline retail as well. That’s how Asics happened. Asics has been in the region for six years. It has expanded exponentially during this period. Asics started off fairly early in Europe, and America, and other regions in the world, purely because these regions were seen to be more health conscious and sports-centric back then. This consciousness came to SE Asia in the last 15 to 20 years or so, and now the fitness industry in Asia Pacific is worth a whopping $16.8 billion – the highest value ever. There hasn’t been a better time to be here.

GC: It must be quite interesting for you – as you said you started in the online retail business and then moved offline – what was that transition like?

SG: E-commerce in Southeast Asia has been very hot for the last five years, as it is elsewhere in the world. The only impediment in Southeast Asia is that regulations and laws catch up slowly with technology. Technology is moving much faster than legislation, and this game of playing catch-up sometimes ends up impacting the industry adversely. In-house counsel need ratification for creative business models that companies are trying to implement; when we go to external counsel, they do not necessarily have black and white advice because the industry is nascent, it’s very niche, and there are very few companies which are acting as disruptors and pushing boundaries. At the same time, jurisdictions are in the midst of formalising relevant legislation, which makes it imperative that we work closely with external counsel as well as government authorities. Regulations in different countries in Southeast Asia keep evolving and it’s important for us to understand if any upcoming legislation is going to have an impact, either positive or negative, on existing business plans.

For me, the move from e-commerce has been very interesting indeed. Offline retail is more traditional, organised and risk averse as compared to e-commerce, even regulations concerning offline retail are better set out. There is a lot to learn as counsel because most consumer retail brands take pride in store concepts and their existence, which means both offline and online sales channels are important for consumers. As such, being in a spot which is ever-changing and still very new is quite challenging, but it’s equally interesting if you want to be an industry expert. My experience has been very fulfilling and I think these skills become advantageous along the way. All companies want to be online – most of them are there already – so it is a very interesting prospect for my personal growth and contribution to the retail industry. Omni-channel experience is something that is likely to become more of a necessity than choice.

GC: Do you have any sense of why e-commerce has exploded the way it has, in Asia specifically?

SG: Yes. I feel the reason for that is: one, Asia has a relatively younger population, compared to other parts of the world. And secondly, I feel that when you talk about the fourth revolution, it is different from the first three because the first three began in different parts of the world – the first one started in Britain, the second in North America and so on, but I feel the fourth industrial revolution – and this is completely a personal opinion – it started all over the globe, all at once. For instance, even if Apple is designing a phone in California, there is a manufacturer assembling it in China. It is a very collaborative revolution, where countries are coming together to give the end product to the consumer. This is what makes Asia very relevant in this revolution because it is not left behind, it is in fact playing a very significant role. This e-commerce explosion is also partly due to cheaper labour costs and strengthening of the manufacturing industry in this region. Because labour is cheaper in Asia, we have a growing service industry which is well equipped to support e-commerce operations and a massive manufacturing set-up. These are industries which give a strong foundation to e-commerce.

GC: Asics is looking to increase presence in other markets in Southeast Asia soon – how do these markets differ from those where Asics is already well-established?

SG: Asia is unique in that sense. Not all Asian countries offer seamless market entry for foreign companies, some economies are closed and protected. When a Japanese company like ours wants to establish a foothold – it’s not free entry. For some countries you either need to partner with a local venture or you need to invest additional capital to be able to engage in industry-specific activities. That said, these markets have immense potential for expansion, with a growing middle class and a surge in awareness surrounding fitness and sporting goods. We work very closely with external counsels in these countries since language can be a barrier at times. The majority of government documents in Vietnam, Indonesia and Thailand are in local languages which require local expertise to decipher.

GC: As a large, recognisable brand, intellectual property must be of particular concern. Could you talk a little about that?

SG: Yes. Intellectual property is the most valuable asset for any global company – for consumer goods it’s the most important piece of brand management. As I mentioned before, the bulk of manufacturing for consumer goods is done in Asia, and this comes with a downside for brand protection. There could be instances where one factory might be manufacturing goods for different brands, and no matter how well you articulate the liability clauses, how meticulous your contracts are, there is bound to be leakage. Leakage is when original products are leaked through the factories into open markets. Brands also face issues of counterfeit products, which originate from factories which create copies of authentic products. When you operate in a region that manufactures, you have to be extra cautious of these infringements, which are potential high risks for the brand.

GC: Is there anything that you see coming on the horizon that might affect the industry?

SG: I do think the concept of augmented reality is quite intriguing, as well as the trend of pop-up stores – which is quite common in Asia – where you can try a pair of footwear, get the “touch and feel” of the product and use a tablet or iPad available at the pop-up to order that product. The product could be delivered to your address the very same day. You don’t need to stock up inventory, the space required is minimal, which ensures you don’t pay exorbitant high street rentals and human resources involved are far less. I do foresee this as being a popular way to shop for countries where internet penetration is high.