Lawyers are commonly viewed as deal breakers who protect their clients right out of deals. General counsel would be wise not to dismiss this notion – justified or not – and we can to respond to it on multiple levels.

The “deal breaker” label results from the belief of some lawyers that they are hired guns. They endlessly negotiate issues and hypothetical scenarios in an attempt to eliminate all conceivable risk from their clients’ contractual relationships – until the deal finally falls apart. Trained to spot potential problems and being risk averse, these lawyers are often convinced that their clients are better off without the deal. And aside from being proud of this reputation, these lawyers are also confident they will not be sued for malpractice.

Law firm attorneys can get away with this attitude to some extent. But general counsel do not have that luxury. We are tasked to ensure that deals, often crucial to our company, close in a reasonable manner.

Neither law schools nor law firms prepare one to become general counsel. Law firm politics pales in complexity compared to that of a company large enough to require a legal department. Just like all other human organisational endeavours, a company is a dynamic political organism that has multiple agendas shaping its goals and activities.

A successful dealmaker develops a sophisticated set of interpersonal and organisational skills, and ceases to see their role simply as the attorney pointing out the awful disasters that lurk inside each deal, or the mere draftsman documenting other people’s decisions. Once we have stepped into the general counsel shoes, the actual practice of law becomes just a small part of the job. Rather, we are in the business of doing business – where even good deals are fraught with perils, insecurities, unanswerable questions and unknown variables, and where we become the focal point for managing a significant part of that vulnerability. We no longer have the high ground of being the noble deal breaker.

What does it take to become a successful deal maker?

General counsel work in a 360 degree, multilevel environment containing both internal and external elements. But there are four essential components to transforming ourselves into successful in-house dealmakers:

It is important to understand that risk avoidance is not the primary goal of every deal. Companies are set up to measure risk, accept it and move forward. It exists in every department and in almost every activity. Once we learn to see, measure, evaluate and put risk into perspective, and to add value to the process of managing that risk, we will be well on our way towards being an effective dealmaker.

Making deals involves multifaceted interaction with people both inside and outside the company. From an internal perspective, each clause of a contract will affect someone in the company who has to cope with that provision. These people are our constituents, each with their own personal and company-related agendas, and we will be representing them at the negotiating table. It is important to connect with and understand the needs of those stakeholders as we prepare for the negotiations and document the agreement. Often one must go back to these constituents to discuss how workflows can be adjusted in order to comply with a demand from the other party to the deal. In my own practice I have seen instances where a negotiator either ignores internal considerations or inadvertently agrees to terms that the company cannot comply with, such as delivery terms or service levels. Such actions can create embarrassing situations for both sides.

Externally, one must appreciate that the delegate for the other party to the deal will be representing his constituency as well, and will be at the table with a briefcase full of demands and agendas put forth by them.

What was fascinating for me when I was general counsel was that I became a focal point for information within the company – information from all directions and unexpected sources. This provided me with opportunities to resolve issues that might otherwise have gone awry. One such occasion was when the management of my company decided to expand a strategic relationship with a key software provider. Unaware of this, a division of R&D had begun to explore the use of a different type of software in future products. I discovered it because I was asked to prepare the NDA and letter of intent. By having information from both directions, I was able to avert a crisis.

As general counsel, I found people in companies to be guarded and circumspect towards the legal department. After all, unless proven otherwise, we are not only deal killers, we are also the policemen looking over their shoulders. Their goal is to give us as little rope as possible with which to tie their hands or hang them. Even some CEOs and CFOs are not quite sure what to do with us. Consequently, we become handicapped because they withhold information out of fear that we will ruin the deals on which their careers depend.

To overcome the deal killer reputation, one must first gain the trust and confidence of one’s co-workers who depend on those deals. To do this, we must assure them that we are not the enemy and that we can actually act for their benefit. Take the opportunity to speak with them on various levels. Everyone has a story; listen to them. Agendas will be revealed and will guide us in forming a picture of how it all fits into the company framework.

When I was first hired as an in-house counsel I was placed in open space cubicles. Having come from a law firm I thought this was primitive. I soon discovered, however, that being in open space substantially accelerated my learning by enabling me to observe and freely communicate with co-workers. I learned more about the company, the people, the expectations and the customers than I could have otherwise. I expanded on this by sitting at different tables each day in the cafeteria and listening to the employees tell stories, complain about management, and share ideas. I became a familiar and non-threatening face because I showed understanding and genuine interest in what they said. at the negotiating table When a company is involved in a commercial transaction, there are usually two sets of negotiations occurring simultaneously.

“When I was general counsel I became a focal point for information within the company.”

An outside lawyer hired to work a transaction will usually interact with one or two people from the company. The information given to that attorney is basically what those contacts think is necessary for the lawyer to do the job. That information is filtered, contains one viewpoint, and lacks most of the context behind the company’s position. In my opinion, this can handicap negotiations because the lawyer lacks room to manoeuvre. As general counsel, however, we are intimately involved in both sets of negotiations, and we have the information necessary to formulate a deal that works for all concerned.

Since the general counsel becomes the focal point for transactions, it now falls on us to resolve the internal issues that arise regarding the terms and structure of the deal. I often found this process to be more difficult and time-consuming than negotiating with the other party. But the trust and confidence that we have engendered with our co-workers should enable us to handle these internal concerns.

At this point, we have succeeded in (i) forming a new mindset about risk management and our role as an attorney, (ii) learning about our company’s business and the people in it, and (iii) overcoming the deal killer instinct. But these are not our ultimate goals; they are just steps on our way to achieving the critical objective of closing the deal with an external partner who may or may not want to do business with us.

During the past 30 years I have attended negotiation seminars, studied the win-win strategies designed to guarantee success, and have learned that there are no magic formulas. Being intuitive, perceptive and appreciating agendas is what is needed to “get it”, as the following anecdote demonstrates. 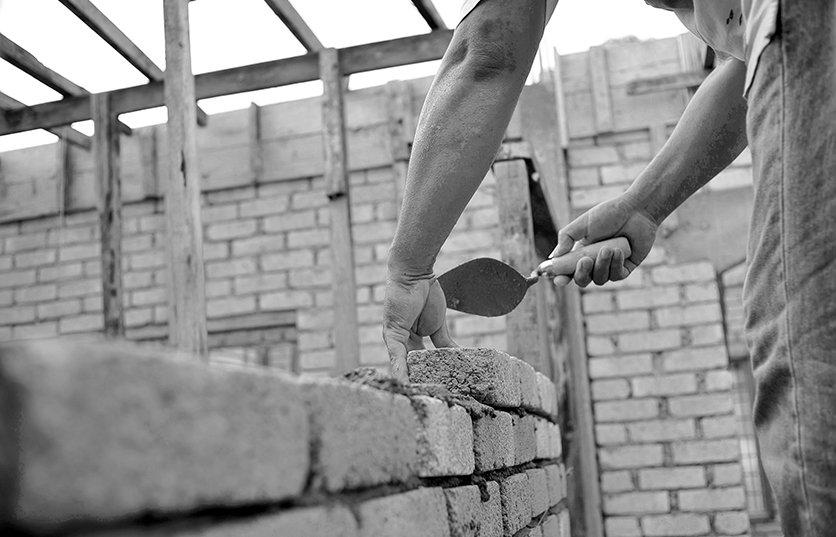 When preparing for a difficult negotiation with a supplier of a critical component, the purchasing team met to review the material and strategise. While discussing one of our crucial demands, I mentioned that the supplier would likely respond in a certain way and that we should prepare our response. I was rebuked by the head buyer who said: “We care only about what we need, and it’s the supplier’s job to worry about what they want”. This happened a couple of times before I stopped raising issues aloud, but I continued to think about possible reactions and our potential responses.

When we met with the supplier, the scenario went as expected and our team sat silently when the supplier raised a serious objection. I stepped in to break the silence, asked questions to get more information about their concerns, and provided my response in which I explained the basis for our request in more detail. After this happened a couple of times an interesting thing occurred. The other delegation simply stopped talking to the other members of our team and would only speak to me. I continued to respond to their concerns while clarifying ours, and we worked out reasonable solutions. It took only a few hours, instead of the expected two days of haggling.

Negotiations are usually not won by people who speak the fastest, scream the loudest, or get in the last word. Knowing what all sides to the deal care about most is the crucial factor. And listening is our most important skill. In the same manner, we need to be able to express what is important to us and why we need it, without being intimidating.

Of course, not all negotiations go smoothly, there are difficult people with divergent goals and general counsel need to adapt accordingly. But just as we did with the internal negotiations in setting up the deal, we should use our intuition and interpersonal skills to handle each unique situation and to turn ourselves into dealmakers.