Many leading GCs feel that heads of legal are ideally placed as influencers in their corporation to encourage policies and processes that foster diversity of thought – and to move away from the stereotype of a corporate world filled with middle-aged, straight, white males.

Matthew Flood, general counsel for UK company Ingeus, which provides employability programmes, justice services, skills training and health-related support for people, thinks so. He has found that the head of legal occupies a respected position, with more sway over matters outside the law than he had imagined before he founded an LGBT network at his previous organisation. Leaders should drive change, he says, and for him this meant taking the bull by the horns, and not waiting for a directive to come from elsewhere in the executive team. Compliance often falls within the legal head’s remit and, frequently, so does ethics. Both fit comfortably with Matthew’s sense of what a lawyer should be: ‘I think if you can do it, and no one else is doing it, then you should do it – if it’s the right thing to do.’

Hong Kong-based Yibing Mao, Asia Pacific chief legal counsel at Marriott International, makes the point that GCs often have the best line of sight and the fullest understanding of a company’s operations. ‘We interact very broadly with every aspect of the company’s business, so we’re uniquely positioned to influence the company’s behaviour,’ she says. Having a role that peers into the nooks and crannies of an organisation means that the legal department might well have a clear sense of shortcomings, and be able to pinpoint opportunities for change.

Chief corporate counsel can often cite examples of when their overview of multiple parts of the business has enabled them to provide strategic assistance to colleagues outside the strict remit of legal advice. As business leaders and department managers themselves, GCs have a large stake in operational excellence. Group deputy general counsel of French digital services company Atos, Maria Pernas, argues that ‘today, diversity is not only a social topic, but a business topic,’ and Mark Roellig, general counsel at Massachusetts Mutual Life Insurance Company (MassMutual), agrees that to view diversity purely as a moral issue is limiting, when the business case is so compelling. He points to greater choice of talent, more creative and innovative decision-making, and increased productivity, all generated by a broad range of perspectives, and accepted – hence more engaged – staff.

A homogenous environment hostile to difference is not always easy to identify, of course. Some differences are immediately visible, while others, such as sexuality, are not. As an openly gay man, Ingeus’s Matthew Flood understands the damage that can be inflicted by an – unwittingly, perhaps – intimidating environment. ‘Unlike other areas of diversity, you can’t just know if someone walking down the corridor is gay or lesbian. However, people walking down the corridor can easily hear very hurtful things being said which can really immediately disengage them with the organisation.’

The knowledge and skills lost when disaffected employees depart is a cost that most business leaders would rather avoid. But nowadays, many staff don’t wait to discover for themselves that an organisation is unwelcoming, and there is evidence that candidates are researching the diversity status of organisations before they apply. This makes intolerance uncompetitive, says Matthew: ‘Stonewall [the UK LGBT charity] recommends googling your company, and if bad stuff comes up, people are going to be seeing that. Getting good press out there is a good thing.’ 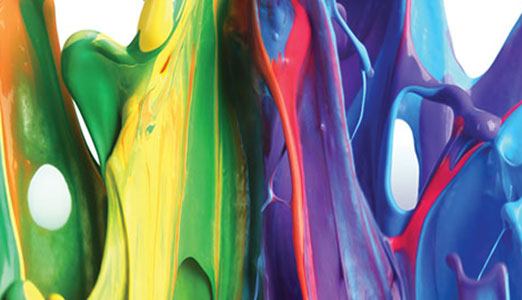 Another factor that Mark Roellig links to high performance is the depth of engagement companies have with their (likely diverse) customer base. This is something that strikes a chord with Wanji Walcott, managing counsel at American Express in New York. ‘If you want to be able to talk to a segment of people, you need people who can relate to that segment of people, who understand the culture and the context of the people,’ she says, highlighting again the potentially high price of homogeneity.

At Guardian Media Group in the UK, group commercial legal director Sarah Davis also sees the imperative of understanding consumers – in this case, newspaper readers. But she warns of the dangers of disregarding the moral argument for equal opportunities at work. ‘I think people try and shoehorn diversity into the business case, because they’re shy or squeamish about saying it’s the right thing to do. But ultimately, we’re trying to address some prejudices that might otherwise exist.’ And few roles are better situated to balance the moral and business elements of corporate life than that of the general counsel.

Is there anything inherent in the skillset of a lawyer that makes her or him particularly suited to a lead role in diversity issues? Diversity is often bound up with anti-discrimination law, and lawyers are trained to use logic to defeat emotion, making them an obvious choice to argue for fair treatment. Susan Blount, a well-known diversity advocate in the US and general counsel of financial services company Prudential Financial, Inc, finds lawyers to be ‘justice-oriented’, as does London-based associate general counsel and managing director of investment bank J.P. Morgan, Tim Hailes: ‘Practitioners of the law have an ingrained sense of fairness. Without prejudice – no pun intended – is how you approach things’.

But although a lawyer’s training might instil a sense of equitability, the fact remains that the legal profession has historically been one of the least diverse professions, something which Tim himself addressed when he made diversity assessment part of the UK RFP process at the bank. Buying power means that corporate counsel wield a great deal of influence over the culture of their external counsel, often with tangible results. Many corporates with a substantial legal spend now routinely make their expectations clear when it comes to staffing matters diversely. Valeria Chapa, Honeywell’s Mexican GC for Latin America, recalls an uncomfortable conversation she had with a law firm partner: ‘I put him on the spot. I said, “could you tell me why your firm doesn’t have women partners? Because that’s mind-blowing – I don’t understand – you have all these women in your ranks, but none of them are promoted.”’ She is unrepentant, saying, ‘we have a critical and important mission always to share our values with our suppliers, and that trickles down’.

But for it to trickle down, it must be in place at the organisation in question, and even if the corporate counsel is not an active lobbyist for company-wide diversity, there is much they can do. Avoiding discrimination, ensuring any diversity initiatives are legally compliant, and stipulating fair employment contracts and working arrangements conducive to diversity, all fall squarely within the legal domain.

‘EVEN IF THE CORPORATE COUNSEL IS NOT AN ACTIVE LOBBYIST FOR COMPANY-WIDE DIVERSITY, THERE IS MUCH THEY CAN DO.’

Getting the right tone at the top is pivotal to the success of any diversity drive. But Susan Blount, who was honoured by the US-based Minority Corporate Counsel Association for cultivating a diverse in-house legal team, makes the point that for it to truly be embedded in team culture then there must be opportunities for every single member of the team to be involved, meaning there must be a multiplicity of initiatives that they can choose from.

What might tempt in-house team members to climb aboard the diversity train in their own department is the opportunity to upskill. When Sarah Davis piloted an in-house training contract for her personal assistant, she was encouraged by her team members’ willingness to assist, to gain the experience of training a would-be solicitor. And when Matthew Flood became involved in diversity at his former company, he gained much satisfaction from involvement in areas outside of his day-to-day duties.

It’s all very well to say that the GC and the legal team are well positioned to influence diversity. But how do you know where you’re at and where you need to go? Peter Drucker said that ‘if you can’t measure it, you can’t manage it,’ and many have applied this maxim to diversity, investing time and technology in mapping company, department and business performance. Mark Roellig acknowledges the importance of numbers, but finds that analysing the range and quality of the activities that drive these numbers is an equally useful way of gauging a company’s commitment to difference.

Setting objectives is crucial, although what these should be will obviously depend on the organisation in question. Quotas are controversial, and many question whether setting a bald numerical criterion is the most effective method of changing attitudes in the long term. Norway achieved full compliance of its 40% quota for female board membership, but this has not translated to female chief executive membership. At Marriott, nonetheless, Yibing Mao defends the company’s aim of increasing the number of female executives by 15% over the next two years. ‘To me, having a goal is important. We have to start from somewhere to correct the bias. So to have an inspirational goal helps the company to be focused, to keep track of their progress.’ Goals should be achievable, however, cautions Matthew Flood, so that the initiative has the chance to capture the imaginations of its devotees and the business.

Whatever programme you choose to pursue (and if you’re stuck for ideas, see our case studies), there are some guidelines suggested by our GCs that it might be wise to observe:

In Sweden, Ericsson chief legal officer and head of group legal Nina Macpherson believes that the success of any project in this area lies in it being embedded into existing processes. Matthew Flood agrees, advising others to ‘find a way to make it work within the institution that you’re in – like utilising the existing structures, or borrowing authority from people who are allies to you.’

Synne Homble, who is chief officer for legal and corporate functions at Norwegian fish-farming company Cermaq, counsels against making ‘exceptions’ for any one group, and instead create processes that can be applied to all employees: ‘If it is not the culture of the company, you won’t really support a change. Nobody likes to be an exception.’

Mark Roellig suggests that those promoting diversity build a brand, advertising internally and externally that a diverse culture is key to the organisation’s values. Maria Pernas underscores this need for visibility and, as diversity programme manager for Atos, she uses the company’s social network to get the message out about ongoing projects.

Valeria Chapa at Honeywell stresses that you don’t have to go it alone. She has drawn inspiration and support from in-house and private practice lawyers from across the Americas, and insists that collaboration is the key. ‘Something that has made us move so quickly towards being more structured is collaboration between companies and law firms. People who are competition with one another. That collaboration is crucial, because you have to get all stakeholders involved and the best way to do that is to include all kinds of organisations,’ she says.

And then there is the power of tenacity and perseverance. Wanji Walcott at American Express recalls her former general counsel, who was responsible for corporate aviation and under whose remit came an all-male fleet of pilots. She was determined to hire a female pilot, and wouldn’t stop until one was found. ‘That’s an example of total focus and commitment. We didn’t sacrifice quality, but we certainly sacrificed time because it took a long time to find the right person,’ she says. ‘But we did.’

Look out for a focus on LGBT initiatives in our Autumn issue.