Much has been said about whether disruptive technologies could spell the end of the legal profession as we know it, but GCs aren’t worried. In fact, they’re excited.

Every respondent that said they expected there to be some disruption in the next five years felt that this would be positive, with 71% saying that the disruption will be ‘somewhat positive’, and 29% saying that it will be ‘entirely positive’.

‘I’m fully convinced of the benefits of the AI, and we all need to adapt to what is coming, because it is coming, whether we like it or not,’ says Cristina Álvarez Fernádez, head of legal at Cintra. ‘I’m 100% optimistic this technological revolution is going to be good for us: we’re simply going to provide legal services differently.’

This positivity is echoed by the approach many of the GCs interviewed for this report have taken to the issue: embrace disruption and reap the benefits.

‘The legal function needs to and can play a role in showcasing the benefits of introducing technological solutions in an enterprise,’ says Johan Huizing, associate general counsel at Itron. ‘We must be leaders in adoption of high-performing technology and not merely followers. Only then can we play a role as thought leaders and will we be accepted as team members that have value for the business.’

To what extent do you agree that technology has disrupted the legal profession in the past 5 years? 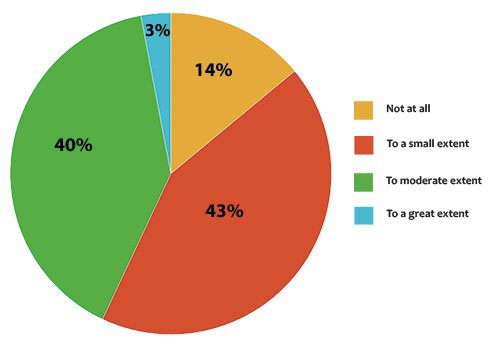 ‘The great news is that lawyers have the tools at their disposal to enable this change. The digital revolution offers us the chance to compete, and it provides law firms and legal departments with the ability to transform into something much more exciting. The legal profession will not disappear, but it will surely change due to technology. This shift will most probably trigger new forms of what being a lawyer means. The sooner we accept it as the new normal, the better off we’re going to be.’

One general counsel from a prominent international engineering firm, who did not think that AI will be a factor within the next ten years, said that their main concerns were ethical.

To what extent do you agree that technology will disrupt the legal profession in the next 5 years? 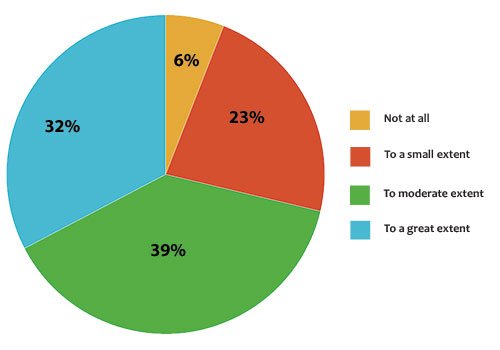 ‘How can you build trust in code? There are ethical questions around its use in certain applications such as disciplinary actions or other employment-related areas,’ they said.

‘It’s not all hype, but the profession is very conservative and the ultimate question is: to what extent will management trust a “machine”?’

Virtually all of those surveyed agree that AI will be a disruptor in the legal industry, with just 9% feeling that it will not be a disruptor at all. Despite this apparent enthusiasm, just 6% said their team currently uses an AI solution, all of whom said they only use it to assist in low-level work. Within this small group, overall feelings on AI’s ability to act as a disruptor in the industry are positive: 83% agreed that AI would be a disruptor, with half feeling that such disruption would come between the next five and ten years.

When asked which factor was more important when considering adopting an AI-based tool, all respondents cited either the reduction of costs (38%) or an improvement in quality of work (62%).

Overall, how positive do you think technology disruption will be? 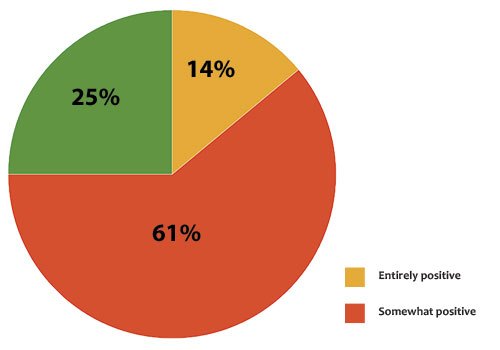 Then comes the question of preparation. If disruption is coming for the legal profession, all eyes will turn to the incumbent lawyers to see how they fare in response to the seemingly inevitable changes heading for their profession. Whether or not legal education institutions and professional development programmes throughout Europe have left today’s lawyers well placed to adapt and thrive will be imperative.

When asked about current lawyers’ preparedness for technological disruption, the in-house counsel surveyed and interviewed were less enthusiastic. 14% felt that today’s lawyers, on average, were adequately prepared; 61% did not. The rest were unsure.

‘AI is limited for the majority of in-house right now because the base data sets are not in place, substantial enough or well enough maintained,’ explains the general counsel for a prominent consumer goods brand.

‘This is a real point of difference with the accounting/finance world where recording data in a structured way has always been the order of the day – that area will see a huge impact from AI in the near future whereas in-house legal first needs to get its ducks in a row, change its behaviours and set that foundation upon which expensive AI solutions are built.’