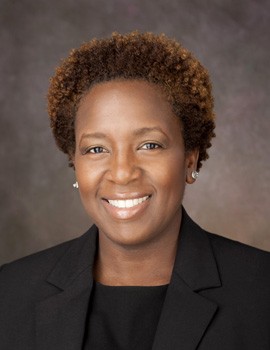 When I was growing up, there was a TV show called The People’s Court, and I fell in love with the law through watching that show. My parents would tell you that when I was three or four, we used to watch The Paper Chase, and I said I wanted to be a lawyer even then! But I actually did not plan on going in-house when I started practicing law. In fact, my path to becoming a GC is a result of being willing to try new areas of the law, being flexible and, at various points in my career, expressing an interest in taking on more responsibility.

I started my career as a litigation associate at a big New York law firm, where I spent some time working on labor and employment matters. I found myself enjoying them a great deal – in part because the legal team was smaller than a typical commercial litigation team and I had more client interaction. I left my first firm and joined another large firm known for employment matters. After being there for a year, I joined Viacom Inc., a client of the firm’s, as a litigation counsel. While at Viacom, I worked with a strong set of attorneys (both in-house and outside counsel), and they continued to train me and mentor me.

Fast-forward to December 2005, when Viacom and CBS split into two separate companies. I transitioned to CBS Corporation, expanding my skillset by taking on new responsibilities in the compliance realm, and ultimately becoming the corporation’s chief compliance officer in 2009.

After six years in that role, I was promoted to GC at Simon & Schuster, a CBS business unit. I didn’t have much experience in the publishing industry, and also I was six months pregnant with my second child when I started in the position! I did not hesitate in making the transition though, because I welcomed the opportunity to partner more consistently with a defined set of business clients. I also wanted a better understanding of the business from the operational side, which I would not necessarily gain from a seat in corporate. And, both my S&S CEO and CBS Corporation GC were very supportive as I got up to speed with my new responsibilities.

My experience and background in litigation and compliance serve me well, as I’m used to jumping head first into trying to develop a subject matter expertise in the context of a litigation – for me, that keeps things interesting. I applied that same skillset in getting up to speed on issues that affect Simon & Schuster and the publishing industry as a whole. I’m one who learns by doing and it was very important to me to get a sense of what it’s like to see a manuscript proposal before it’s even acquired, and to understand how it becomes a book and ends up in the hands of a customer, or digitally on a customer’s e-reader.

There is a significant transactional component to my role. When I’m drafting an agreement, I’m mindful that it could be years from now when there’s an issue about its interpretation, so it’s not just about clarity in the moment, but creating language that in the long term does not have ambiguity and does not expose the company to risk. I find my litigation background to be helpful in this regard, as well as in advising the clients about potential pitfalls.

A mastery of a legal specialty might get you into this role, but it’s certainly not going to keep you in it.

As general counsel, I manage the legal and contracts departments and our team handles much of the day-to-day agreement drafting and review, manuscript vetting, and general counseling and advice. When we work with outside counsel, we base those decisions on counsel’s areas of expertise, their fit, their ability to develop favorable and flexible rate structures, and our focus on ensuring that we work with a diverse pool of lawyers.

General counsel are becoming increasingly adept business leaders and strategists. There are many aspects of the role that go beyond traditional legal advice and expertise. A mastery of a legal specialty might get you into this role, but it’s certainly not going to keep you in it. You have to be able to articulate legal advice in a comprehensible and succinct way, to weigh, balance and forecast risk, and to understand business strategies and implications – which frequently present in ways that are not obvious. Sometimes, the general counsel’s role is viewed as limited to providing legal advice for the c-suite, but you also must work with other people at all levels in your organization and learn the ins and outs of your business. Otherwise, you are not getting the full perspective that you need to be a strategic partner.

You need a certain mindset in order to think strategically. Part of that is about possessing some financial acumen and a better understanding of business concepts. It is also about being willing to step outside of your comfort zone. If you are a lawyer who is interested in the legal substance, but not operations or marketing or how deals are negotiated or the factors that might impact into your business, then a GC role is likely not for you.

Obviously, we lawyers also have to set an ethical tone and lead by example. One consideration for me (particularly as a former CCO) is: how do you do that in way that does not feel too prescriptive? One of my mentors described it as being mindful of overly medicating a patient – we must consider ways in which we can embed ethics into business practices without making colleagues feel like they’re being hammered over the head by Legal.

If I could speak to my younger self, I would tell her to trust her instincts.

Honestly, EQ is a big component of that as well. It’s about the ability to relate to people. One of the ways in which you can learn is by being an approachable person; you then are a partner and a collaborator, so people don’t feel they are running to the principal’s office every time they talk to the legal department. Business teams need to feel that they’ve got someone who’s going to sit down with them and figure out how to get from point A to point B in the most effective way. When you read the newspapers and you see situations where things have gone awry, sometimes it may be about a lawyer’s advice not being followed, but other times it’s because in-house lawyers have become siloed.

If I could speak to my younger self, I would tell her to trust her instincts and to know that she has good judgement – which is a critical component of being a strong lawyer. I’m a first-generation American (my parents are from Barbados), and I’m also a woman of color. Sadly, as I pursued my law degree, I didn’t know many attorneys of color and I didn’t see many in high positions in the legal community either. As I look back and think over my career, there have been several points where I have thought about not raising my hand, not giving my opinion, or doubted myself out of fear. I definitely had to affirmatively say to myself: ‘Trust yourself. You’ve got this.’ That attitude has served me well.

At Simon & Schuster, and at the CBS corporate parent level, we have internal committees and policies that are focused on areas of diversity and inclusion. We have a law department committee that’s charged with focusing on the diverse outside staffing of matters and, along with other internal committees, we focus on ensuring that a diverse pool of candidates is considered for our open positions.

It’s important for people to share their experiences, and that’s one way that I have been able to grow and blossom both as a person and an attorney: by spending time talking to people with more experience about the legal profession and their personal journey. I’m acutely aware that I did not have the opportunity until I was in college and law school to be exposed to people of color who were in the legal profession. So, I stay in touch with the next generation – at all stages of their paths. Future generations (particularly diverse individuals) must have a lifeline to those who came before them. That can be through mentoring and sponsorship, and also by providing a realistic picture about what life as an attorney is like. Each person should have someone who dreams bigger for her than she can dream for herself. That’s worked for me and I hope I do that for others.