The use of external counsel, once an investigation or prosecution has been made official, received across-the-board support from participants in this survey. 77% of respondents considered it at least moderately important for external counsel to be involved at that point, with almost half of those considering it highly important. 14% reported feeling that external counsel would not be involved.

‘Especially in smaller departments I have been a part of, having a good lawyer outside your business who knows your business is critical,’ explains one senior legal director in the European aviation industry.

‘Departments are strapped for resources as it is; the overhead of responding to a regulator – or worse, a formal prosecution – is beyond the capabilities of most departments.’

Those counsel who were a part of smaller departments were more likely to expect external counsel to be involved. Respondents in teams of 50 or larger were less likely than any other group to involve external counsel, with 31% reporting no involvement of external counsel at that stage. 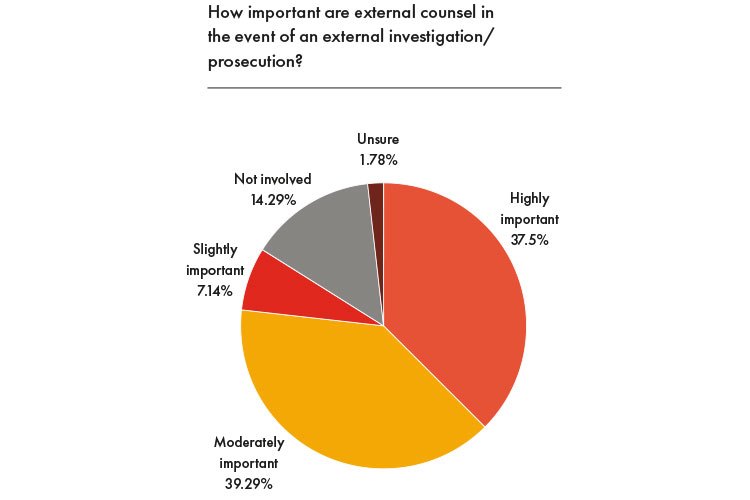 ‘We are in almost constant contact with at least one outside lawyer to consult with on any real or potential investigations,’ says one veteran in-house counsel in the North American energy sector.

‘We can’t afford not to. If the first time you are meeting with a lawyer is when the regulator is at your door, a lot of (avoidable) damage has been done.’ 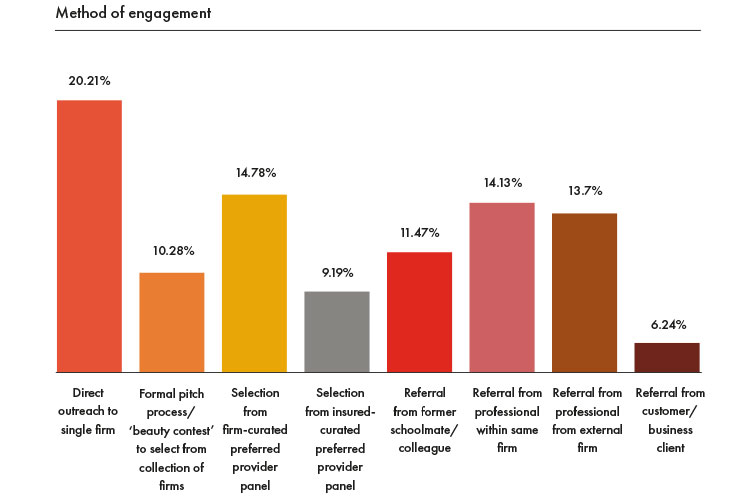 While the in-house community has been vocal in pushing for diversity in their partner law firms, a company instructing external counsel on an investigatory or other white collar matter is typically more likely to involve a single practitioner for representation than other types of legal work. Therefore, survey participants were asked how important of a factor diversity and inclusion is when selecting counsel in these situations. The overwhelming majority felt it important, with 40% considering it a ‘highly important’ factor and another 40% considering it ‘moderately important’. Just 5% felt it unimportant.

In choosing external counsel, respondents reported choosing from a variety of sources. On average, in-house counsel were most likely to have found their chosen counsel by direct outreach to single firms – 20% of counsel reported choosing their representation this way. The next most popular source was the use of a company-curated preferred provider panel at 15%.