‘Many companies think that these should be separated, where one should focus on the law and the other on the company culture as a whole,’ explains Armando Cruz, director at KPMG in Mexico.

Regardless of the relationship between the two, some consensus has emerged from the results suggesting that the question of ethics does and should touch all areas of the business – not least of all in avoiding the ire of regulators and investigatory bodies. 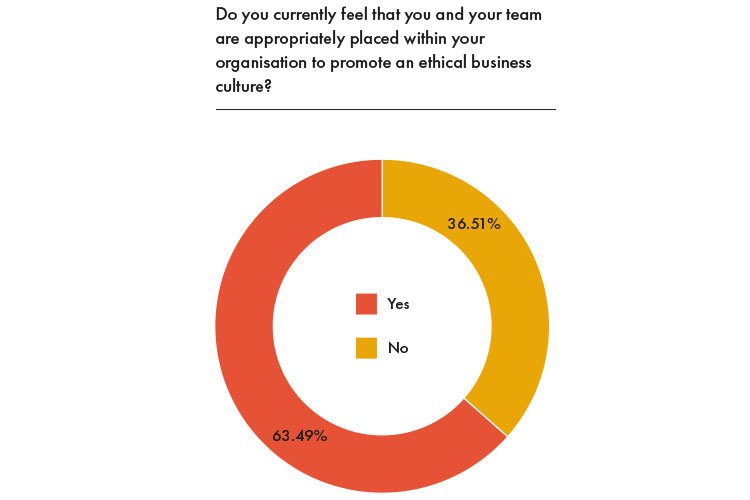 The results show a near-universal appreciation for ethics within a business by in-house counsel. This is unsurprising. However, what is surprising is the extent to which that feeling from general counsel does – or doesn’t – manifest within the wider business.

Despite near-universal agreement among in-house counsel that their teams are important to an organisation’s ethical makeup, just 63% felt that they and their teams are appropriately placed to promote an ethical business culture within their organisation.

‘Even though they are managed by same team, they are materially different,’ says Miguel Oyonarte, VP legal and corporate affairs at VTR Comunicaciones SA. 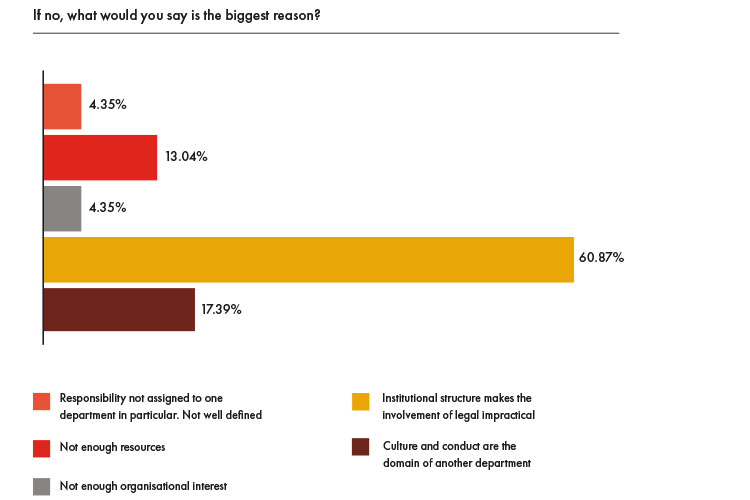 ‘Ethics is much bigger in terms of scope and impact on culture. For its successful management, it requires the lead of the CEO and all their direct reports. It is also much more difficult to change – it requires full cultural change.’

Indeed, those who didn’t feel that their team is appropriately placed overwhelmingly pointed to factors external to the legal team as being the biggest reason. 61% cited institutional structure as making legal’s involvement impractical. The next most cited reason was that culture and conduct were the domain of another department (17%).