As a small legal team, it is easier to implement initiatives. Yes there are processes in the organisation, but there are fewer layers between the idea and the implementation of the idea. Because we are a small team, we see eachother every day (and have formal meetings too), and so we’re able to understand how things affect us in real time. There’s an immediacy to our decisions. It’s also very visible to the rest of the organisation as well, as we’re in one place. There are fewer barriers to success if you are small, I think.

It’s also a case of mindset. The Guardian is an organisation that is genuinely innovative, as digital businesses often are. This leads to a real sense in which you’re expected to try things, which are neither perfect nor finished, but you expect the process to be iterative. This can be quite challenging for lawyers, but that’s what’s required to innovate. Diversity and inclusion can seem like a leap of faith. You don’t have the complete information if you’re working with someone whose cues aren’t the ones you recognise but identifying potential is what any appointment is about.

When implementing an in-house training contract, you should really use your relationships with external firms. We couldn’t deliver all of the training seats in-house, and were greatly assisted by our law firms’ offers to provide external seats. That was a real mutual benefit. Our trainee Cara had been at The Guardian for so long before she became a trainee [she was formerly PA to Davis]; she is a sophisticated trainee, equivalent to a one-to-two year PQE in experience in her law firm placements, and can operate at a really high level. That’s a clear benefit from her having been in-house and firms were interested in that.

Legal training is a real issue and, although we’re not yet necessarily seeing tuition fees acting as a barrier to going to university, for mature students it is perhaps becoming an issue. I’m not sure what millennials or Generation Y are thinking about entering into the profession but university itself has a potentially prohibitive cost attached to it; then to enter into the profession is like scaling a mountain in terms of getting onto a scheme or training contract. So if your choices are taken at significant personal expense, in a very insecure economic environment and where there’s already an oversupply of lawyers, perhaps it’s now too big a risk for those without a safety net.

The legal profession needs to genuinely challenge itself on its own sustainability – not just fee structures and lack of diversity entering into the profession, but actual access to law by the public. 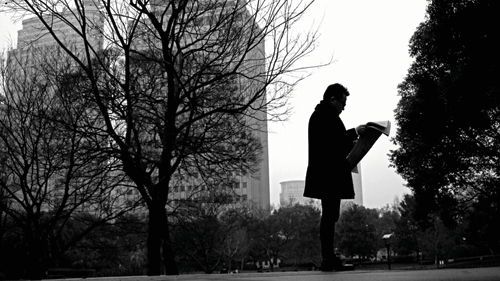 I believe there was a disappointing lack of City law firms adding their voices to the challenges to access to justice and cuts to legal aid. Maybe that is relevant to diversity and inclusion.

Put simply, if you’re someone who is not affected by changes in or cuts to legal aid, you won’t see that and it won’t occur to you that there is a problem. But what does that mean for the future of the profession if the law becomes even more rarified and beyond the reach of most? Justice should be a utility.

Role models are really key because addressing diversity is about taking action. Where there is a cognitive block and one can’t imagine themselves achieving a position, role models can be really important, because being able to see that this is achievable is so powerful. Role modelling can be quite subtle, and useful at all levels of a career – it doesn’t have to be the same five super successful people who everyone knows about. I think there has to be some resonance between the person and the role model.

I have mixed feelings about non-identity group champions of diversity. Of course diversity and inclusion needs to be mainstream, but what does it say if the way we achieve this is to rely on the endorsement of the establishment voice because that has all the authority and all the respect, order for this issue to be taken seriously? I know that isn’t necessarily what is happening, and maybe this sounds too divisive, because of course it is essential to have support from wherever, but who you require to lend legitimacy to these issues can contradict what you’re trying to achieve.

I think lawyers should have a special relationship to diversity and inclusion, with the understanding that we are all deeply flawed and need to understand our own prejudices in order to address them. My driver for wanting D&I is about fairness, removing the advantage from attributes you did nothing to achieve. That’s not envy or jealousy-driven politics, it’s just not fair. I want to support all capable people being able to have the same opportunities.

There’s no way we’ve won the battles. You can go to many City law firms and see that they are not very representative of anything, let alone their clients, but I know some firms working really hard and making bold decisions about this, and that’s progress. But it’s ultimately about who is making the decisions. In times of uncertainty, the comfort of going with what you know becomes another factor. My imperfect answer to this is to make the recruitment process harder on the employer: by this I mean taking a longer look at applicants drawn from wider pools. Even in blind application processes it’s much more subtle than the grades, the universities and the hobbies.