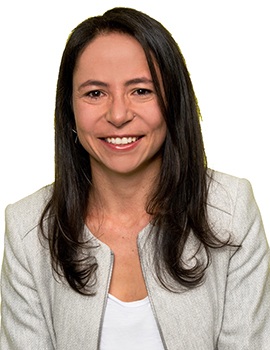 I think we are starting to see some first steps towards real change in terms of greater diversity and inclusion. But there is still a long way to go. Most of these discussions (maybe with the exception of that around gender diversity, which is a conversation that has been going on for a while, with limited progress – the glass ceiling is still very real) are fairly new in the region. So, even though there is some progress, it is still incipient. And it would also be naive to say that there is not some good amount of performative discussions taking place.

However, we have seen a lot of companies and many startups in the region making deliberate efforts to promote diversity. They have launched honest (and, in many cases, successful) initiatives aimed at recruiting diverse teams and fostering inclusive cultures. And that is wonderful. My sense is it is probably easier (and more critical) for younger companies to take diversity seriously from the start. Younger people are typically more aware and vocal about these questions. Also, investors (who are obviously critical pieces in the startup ecosystem) are increasingly concerned about this. So, this is likely to foster more inclusive environments, as everyone’s incentives are aligned.

Tech (and finance) has traditionally been a male-dominated arena and there are structural reasons that make change slow and difficult. In tech, the problem starts at an early age, given prevailing stereotypes (e.g., “boys are better at science than girls”). For instance, the toy offer for girls traditionally has been focused towards nurturing roles, whereas for boys it has typically emphasized Stem abilities and physical activity. What follows is less girls engaging in Stem subjects (especially at an advanced level) and then going into tech-intensive careers. As a consequence, there are few role-models for women within the sector. So, there is a vicious cycle, because there are just less women engineers/developers in the market, which means you have to make a conscious effort to look for these women when recruiting for these roles (which, in our case, is all the time). And then, there are also unconscious biases that we are trying to fight (and to prove incorrect). For instance, though merely anecdotal, we have seen that our women developers and data scientists are more likely to hire other women – who then turn out to perform just as well, if not better, than their male peers.

I am fortunate to be part of a company where we take diversity seriously – and where we are very much aware of the many challenges ahead of us. Our leadership team is very diverse along a lot of dimensions, especially for Latin American standards. And this is not a coincidence.

In terms of specific measures we have taken at Addi, for instance, we have adopted a parental leave that is more generous than what is legally required and that does not discriminate on the basis of gender or gender identity – or on the basis of how a person becomes a parent. What this means is that our parental leave is fundamentally the same for all of the company’s colleagues – and it is mandatory for everyone. So, everyone gets to enjoy the same benefit – and fear the same fear when leaving their job for months. We also make a conscious effort to make sure we have fair compensation bands, so that people get paid on the basis of their role, qualifications, performance, etc., not on their negotiating abilities. As far as the legal team is concerned, I am proud to say that it is fundamentally female and that it works fine. Of course, this is not a policy – I have extended offers to male colleagues. But it does warm my heart to see this as a wonderful experiment of professional sisterhood and women partnering with other women.

Unfortunately (?), there is not a rulebook to follow. However, I can think of the following ideas (which are not necessarily focused in legal):