Succession planning in the c-suite is a high-stakes game. Even well-managed transitions in the top jobs can lead to stock price fluctuations and queries about a company’s strategic direction and goals.

But despite the critical importance of this exercise, many companies still do not proactively plan for leadership transitions. Others make the mistake of having a fluid list of potential future leaders (identified either formally or informally) masquerade as a succession plan.

As the general counsel role becomes increasingly pivotal amid today’s climate of increased regulation, succession planning is something that all GCs need to think about very carefully, even if they currently have no plans to go anywhere. GCs, who have themselves traversed the non-linear career path of the in-house lawyer, know that talent management is a key concern – and succession planning is its natural corollary.

‘GCs tell me that the optimum time frame to start thinking seriously about succession runs anywhere from 18 months to five years.’ But for Michelle Banks, former general counsel of Gap, succession planning was on her mind from day one.

‘I started succession planning when I began my role as general counsel. Best practice includes not just talent identification, but also talent development, and that takes time – ideally years. Immediately after taking on my new role, I began reviewing talent on my leadership team and a few levels down for high performance individuals with high potential to lead at the next level.’

Banks’s tenure as Gap’s general counsel turned out to be 10 years, but she began to make changes immediately to help nurture the talent she found. She gave high potentials expanded roles or stretch assignments, paired them with executive mentors or external coaches, paid for them to attend financial or leadership training, and increased their visibility to senior leadership and the board.

An awareness of who your successor could be is of even greater value when you’re at a smaller company says Robert Vitale, general counsel since 2008 at energy-focused investment firm EIG Global Energy Partners.

‘You can never start thinking about this too early. Wearing my chief risk officer hat, I’ve encouraged each division head to think about succession planning, because when you’re a small organisation, every executive – especially in the c-suite – is critical,’ says Vitale.

‘We need second and third chairs for all critical roles, so we have a designated successor as quickly as possible. We’re currently in a period where general management have all put in place a succession plan. I’ve been grooming people in my own department to take on future roles by giving them charge of divisional aspects of management.’ 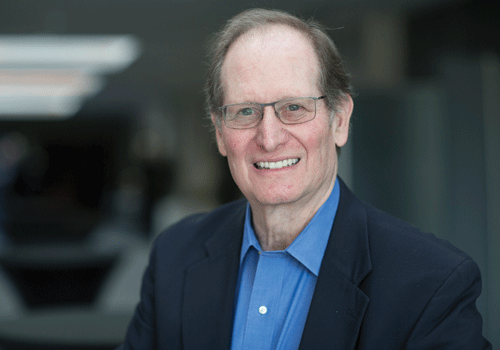 ‘I think that general counsel have to be very careful that they are not trying to replicate themselves, and to have a process that also involves the CEO and other top management to assess what’s needed. The GC needs to put their own ego away and think: “What did I do wrong and what’s going right?” to form the specification for the new GC,’ says Heineman.

‘Your mindset has to be adaptable. Your successor may not grow in the way you think, but the business changes and strategy changes, so what you need may change. People right for the old direction may not be right for the new path,’ adds Vitale.

But are there universal qualities that existing GCs and boards should be looking for? A desire and capacity to grow as a leader is a prerequisite according to Banks, particularly for an internal candidate who will be stepping up a level.

‘An internal candidate needs to be able to see themselves in the GC role. They need to have passion for the business and for leading people, they need to have a growth mindset. In other words, be an optimistic, continuous learner who is willing to stretch into new areas of functional and leadership responsibility, working persistently through challenges along the way,’ she says.

Similarly, Heineman has found that breadth of vision can separate leading candidates from the rest, as they will be taking on a role that involves making strategic and business decisions, requiring swift judgement.

It’s people and collaborative skills that often distinguish company lawyers from law firm lawyers, says Vitale: ‘General counsel need to be careful about stepping on toes or creating a relationship that is problematic. You need to have an element of internal political savvy so that even in small skirmishes you don’t create long-term ill will.’

Another big difference, he says, is that external counsel are often taught to be more defensive than is necessarily good for the client. Inside counsel, on the other hand, must be shrewder about getting to yes, and developing strategic internal relationships.

So, you have found the best candidate and prepared them for the job. But how should you make the transition?

For Heineman, an essential part of the process was ensuring that his successor had developed the necessary experience and relationships. He recommends cross-functional projects as an effective development strategy:

‘[An example could be] stretch assignments that are not in their comfort zone. If someone has been handling big ticket litigation, put them on the task force for developing a whistleblower system or locating a plant in Asia, with the geopolitical and financial analysis that involves.’

Vitale points out that a level of comfort and confidence with other key leadership figures needs to be acquired sooner rather than later for a succession candidate:

‘Part of my responsibility is to put people on the short track in front of other senior executives, find ways for them to work together without me looking over their shoulder, and see if the other leaders come away from those interactions with the same feelings I have, namely, that these candidates are potentials for the role. If you try to be a helicopter mum during the handover, it’s not good for the candidate or the institution. You need the candidate to test themselves in small increments while you are around for them to debrief with you.’

The king is dead. Long live the king!

The other cardinal rule according to Heineman, is ‘Get out of town… and stay out!’ When succession occurs, he explains, you must step away immediately. ‘In GE, we had a model where former CEOs (even Jack Welch) did not stay on the board, and I deeply believe in that. My last words to my successor, Brackett Denniston, were “Whatever you do, my past is irrelevant to your future. You must feel free to rethink GE Legal from stem to stem”’.

Michelle Banks agrees that the new incumbent needs to have freedom from the looming shadow of their predecessor. She sets out an ideal overlap period of one to three months, in order to fill knowledge gaps and share lessons learned, but not stifle change.

Because even when you do move on, the job is not done. Leadership is a constant process of change, otherwise you wouldn’t need a successor. ‘When you leave,’ says Heineman, ‘you should have a bigger to-do list than when you start. You can pass your to-do list on to your successor – you’re not leaving with nirvana.’

The importance of embracing uncertainty and fluidity is a key message from all of the general counsel I spoke to. Understanding your own place within that journey is necessary for all executives to function in today’s fast-changing business environment, even those embarking on what may be a long trip.