GC: What initiatives has Microsoft and its legal department pioneered to promote race and ethnic diversity within its workforce?

Mary Snapp (MS): Microsoft’s legal department has had a focused diversity team for 12 years. Brad Smith [Microsoft’s president and chief legal officer] and I collaborated to start the diversity team within the department, which grew to include 85 people. Our original focus on women and racial and ethnic minorities has been sustained, but we have also added other areas of diversity and inclusion focus over time, such as people with disabilities and US military veterans.

In the technology field, there is a great underrepresentation of racial and ethnic minorities, but particularly African Americans and Hispanics/Latinos. We believe that to be successful one must measure progress, so we set goals at all levels of employees across the US, and share the results with the internal teams yearly. We also believe that we need to talk publicly about these issues. Particularly over the last four or five years, we have increased the number of ethnically diverse employees in our department by about half a per cent each year.

Outside of our own department, we also work with our partners to advance diversity and inclusion. We began a law firm diversity programme in 2008, where we incentivised our partner firms via a 2% bonus if they increased diversity in their own firm, or if they increased the amount of work that diverse associates performed that specifically related to Microsoft. Most firms did earn their bonus, and over five years we have increased the hours of diverse lawyers working on Microsoft-specific work from 33% to over 48%.

In 2015, we modified it to focus on diverse representation at senior levels, an adjustment made with input from our law firms. Now firms can earn up to a 2% bonus for increasing diversity in three aspects of leadership: leading the management of the firm, leading the firm’s relationship with Microsoft, and/or leading Microsoft’s legal matters.

GC: Sometimes the client uses the ‘stick’ approach with law firms. Are there other ways clients can help firms become more diverse?

Lisa Peets (LP): The ‘carrot’ approach can be very effective in encouraging firms when staffing matters, to think hard about who is put on those matters. Most important is to have a degree of accountability. There is a structure in place at Microsoft that watches how external firms staff their matters, and rewards best practice in that regard. That has quickly become a part of the process within the firms that work with them.

MS: Another element of the carrot approach we are now implementing is a very public recognition award looking at who has made the most progress over the course of the next year. Firms have asked us to do this.

GC: How does Covington ensure race and ethnic diversity within its workforce?

LP: We approach diversity from two perspectives. First, how do we build the pipeline, and second, how do we recruit and retain internally? We are actively involved in minority, women and LGBT groups in law schools in the US, and also in offices outside the US. In the UK, we have sponsored Warwick University’s Multicultural Scholars’ Programme, for example, which is aimed at identifying law students from diverse backgrounds and trying to ensure they make it through law school through financial support and mentoring.

We have also looked at where and how we recruit, and how we can identify and attract diverse students. And once diverse associates have joined, we want to retain them. For example, we have an ‘associate life and development’ partner who is responsible for helping associates to navigate the Covington process.

GC: How important are role models? Is it important to have the ‘right sort’ of role model; for example, people who are doing the same thing as you? And have there been role models for you?

MS: I do think that if you can’t see what you want to be, it’s hard to imagine it. That said, role models don’t have to always look exactly like you. I have been impressed with Brad Smith as a role model for a lot of his principles and values, and yet he is a Caucasian male.

When I started, there were not many people here who looked like me. Personally, I tended to look at people like Gloria Steinem [an American feminist writer and political activist] as my own role models.

I married at 57 and I then had three step children in the house three days a week. That period for me was difficult to balance – to still be passionate and able to adapt to my new role – and I looked to younger women as role models. So I think there are many ways to think about role models.

LP: I agree that role models do not always look like you. In our firm diversity programme, we have a number of white men in leadership roles. I think that’s fantastic, because having non-‘traditionally diverse’ people who are committed to diversity objectives and who believe deeply in the value of diversity can bring legitimacy, credibility and appeal to our efforts.

‘WE BELIEVE THAT TO BE SUCCESSFUL, ONE MUST MEASURE PROGRESS, SO WE SET GOALS AT ALL LEVELS OF EMPLOYEES ACROSS THE US, AND SHARE THE RESULTS WITH THE INTERNAL TEAMS YEARLY.’

I also think that while role models are undeniably important, so too are mentors and other people who will promote you internally and externally. There is a really complex web of people who will help you get through the system.

GC: How do you ensure race and ethnic diversity across global operations?

MS: Throughout the company we have the same values, commitments and principles, and it is important that these things are consistent on a worldwide basis and that the values can translate around the world. Obviously issues around ethnicity change globally, so it is important that programmes are individualised, but also that they meet overall values.

LP: At Covington it is the same: we have a degree of centralisation, but also devolved responsibility as well. We need to be responsive to local issues – in the UK, for example, we focus not only on racial/ethnic, LGBT and gender issues, but also on socio-economic issues to try to overcome class differences. Without a local perspective on that, we wouldn’t be able to succeed.

GC: Is there something specific in the DNA of a lawyer or their role that makes them an agent to drive change?

MS: The beginning of change is often legislation, leading on to enforcement of that through the courts, and so lawyers have a unique responsibility to be actively engaged. Lawyers have a responsibility to serve the underserved; they need to be their voice, whether it is through pro bono initiatives, or getting behind public support for legislation for same sex couples, civil rights or marches for visibility.

LP: The legal profession has spent a lot of time focusing externally on how we drive change, but we haven’t looked internally. We have high profile representatives from the profession like US President Barack Obama, Michelle Obama, former US Attorney General Eric Holder and the current US Attorney General Loretta Lynch, but when you look more closely at the statistics, you see that law is among the least diverse professions. We have an insufficiently diverse profession pushing diversity. Compared to the medical and accounting professions, for example, law firms are falling behind in terms of attracting diverse people.

‘WHILE ROLE MODELS ARE UNDENIABLY IMPORTANT, SO TOO ARE MENTORS AND OTHER PEOPLE WHO WILL PROMOTE YOU INTERNALLY AND EXTERNALLY.’

Both medicine and engineering seem to do a better job of recruiting ethnic college students and of providing scholarships than the legal profession does. It may be easier for those sectors to provide support at the studying level. In medicine, you take the test as you finish each element, as opposed to a US law school where it is all up for grabs at the end of three years. Many students take 90 days away from work or school and have to pay to take an exam, and many people can’t afford to do that. We lose people all along the way whom we shouldn’t lose.

Unconscious bias is another area we need to look at more carefully. In the legal profession, there is significant subjectivity in assessing and making decisions about reviews and promotions, and unconscious bias will be superimposed onto that. Studies, such as the one where a memo was sent to law firm lawyers who were told it was written by either a Caucasian or an African American, seem to bear this out. Depending on who they thought wrote the memo, they marked it differently, leading the researchers to conclude that generally there was an unconscious bias that African Americans have subpar writing skills [study conducted by Dr Arin N. Reeves, titled Written in Black & White, Exploring Confirmation Bias in Racialized Perceptions of Writing Skills, published by Nextions, 2014]. 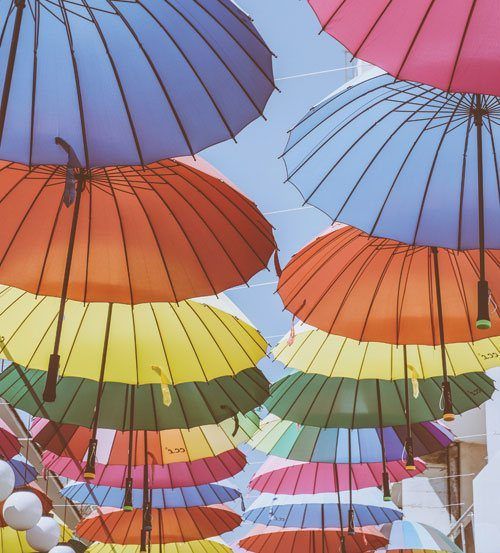 GC: What is next on driving the diversity and inclusion agenda forward globally?

MS: With increasing awareness of unconscious bias, we will see more focus on work surrounding this. If you don’t change the underlying culture and personality of a law firm or department, the data stagnates. It is a more nuanced way to talk about changing culture and promoting inclusion.

LP: I agree. In our London office, we have had a change in our approach to training and more recently we have focused on addressing unconscious bias. This has been very powerful, including for those who believed that they didn’t hold any unconscious biases. It is not enough to rely on the numbers; we also need to monitor the culture across the profession.

MS: At Microsoft, all of our senior executives have had training in unconscious bias, and we have now developed an online training course which is mandatory for all employees.