FAQ’s on Advertising Practice in India

What type of complaints are covered under ASCI Code?

Who are the members of ASCI?

The principal members of ASCI, who are also its sponsors, are firms of considerable repute within industry in India, and comprises of advertisers, media, advertising agencies and other professional/ancillary services connected with advertising practices.

What are the basic tenets of ASCI Code?

Complaints may be submitted via text on WhatsApp, an online form, by way of mobile app, email or telephone. Letters may be sent to the postal address provided on ASCI’s website www.ascionline.in .

As per ASCI Code, the complaint can be lodged by:

What type of evidence is required to be filed along with the complaint?

The following requisite details and documentation are required to be included in a complaint:

What are the steps involved from filing of the complaint until it is adjudicated by CCC?

The main steps involved in a complaint filed before the ASCI are:

Can an advertiser raise the defence that it is not a member of ASCI and refuse to comply with the order passed by ASCI asking the advertiser to withdraw/amend the advertisement?

This is not a valid defense and complaint cannot be dismissed on this ground alone. The decisions passed by ASCI are applicable to members and non-members. However, in case Fast Track Complaint is lodged, the complainant and the advertiser must be ASCI members.

What are the remedies available to the advertiser if it is aggrieved by the final order passed by ASCI? Is it possible to seek an injunction/stay from the court against the ASCI order?

The following options are available to the advertiser:

Are the decisions passed by CCC accessible to the general public?

What are the implications due to non-compliance of decision passed by ASCI?

The decisions passed by ASCI are shared with the government of India from time to time to ensure compliance with the decisions passed. Rule 7(9) of Cable Television Network Rules, 1994 states that no advertisement which violates ASCI’s Code shall be carried in the cable service.  The Information and Broadcasting Ministry (I&B) of Government of India has issued advisories in the past to broadcasters against airing advertisements that violates ASCI’s code and not complying with the decision of its Consumer Complaints Council. Additionally, ASCI has partnered with Ministry of Ayurveda, Yoga and Naturopathy, Unani, Siddha and Homoeopathy (AYUSH) and Department of Consumer Affairs to curb misleading advertisements. Thus, the decisions passed by ASCI have been given more teeth in reality even though it claims to be self-regulatory organization.

How many complaints were filed before ASCI in the year 2020? Which sector received maximum number of complaints?

In the year 2020, ASCI received 6527 complaints against 3,315 advertisements. Out of these 2,357 complaints were upheld. The maximum violations were in education sector (1062) followed by healthcare (827). The main violations/issues raised in the educational comprised of job guarantees, fake job scam and healthcare advertisements comprised the lack of truthfulness and honesty of representations and claims.

The advice is not binding on the advertiser or ASCI. However, the possibility of the complaint being upheld by CCC against such advertisement reduces significantly.

Is it permissible to identify a competitor by name in the advertisement?

The Advertising Standard Council of India Code requires that advertisements shall not make unjustifiable use of the name or initials of any other firm, company or institution, or take unfair advantage of the goodwill attached to the trademark or symbol of another firm or its product, or the goodwill acquired by its advertising campaign.

Comparative advertising is allowed as long as the advertiser seeks to portray the advantages of its products in a truthful and honest manner. There is no bar against comparing particular features of two products to claim superiority over a competitor’s offering or against making a general comparison, as long as this is truthful. When making such a comparison, the advertiser cannot claim that the competitor’s product is bad. In other words, the advertiser can claim that its product is superior, but cannot denigrate the competitor’s product or call it inferior as it would amount to product disparagement’ and may incur legal consequences. Comparative advertising is permitted provided the rights of trademark owner are not infringed and unfair advantage is not taken of the competitor’s trademark (Sections 29(8) and 30(1) of the Trade Marks Act).

Are there any guidelines on the disclaimers allowed in the advertisement?

Disclaimers can ‘expand or clarify a claim, make qualifications, or resolve ambiguities, to explain the claim in further detail, but should not contradict the material claim made or contradict the main message conveyed by the advertiser or change the dictionary meaning of the words used in the claims received or perceived by a consumer’. The disclaimer should be prominently written, represented in the same language having same font as the claim and should not be written in italics.

In matters concerning celebrity endorsements, celebrities are expected to have adequate knowledge of the ASCI Code and it is the duty of the advertiser and the agency to make sure that the celebrity they wish to engage is made aware of them. Further, celebrity should do due diligence that the description, claims made in the advertisement they appear or endorse can be substantiated are not misleading or deceptive. Further, celebrities should not participate in advertisements that is prohibited for advertisement or carry health warning such as injurious to health.

As per Consumer Protection Act, 2019, penalty of INR 10 Lakh (approximately USD 13,700) and one year ban may be imposed on the celebrity from endorsing the product/service. For subsequent violation, penalty of INR 50 Lakh (approximately USD 68,500) and up to 3 years ban from endorsing the product/service may be imposed. The celebrity can avoid imposition of penalty if he can establish due diligence on his/her part to verify the veracity of the claims made in the advertisement regarding the product or service being endorsed.

Are there special rules for claiming a product is new or improved?

The word ‘new’, ‘improved’ or an improvement of the product may be used in advertisements for one year from the date the new product/ service has been launched in the market.

Are their special guidelines on advertising products that claim to provide prevention for COVID-19?

Several advertisements with misleading claims around COVID-19 have emerged, such as those referring to the cure and prevention stemming from ‘anti-corona’ mattress or through the application of tulsi (Indian basil) drops to apparel. To curb these practices, ASCI has issued guidelines to promoters for the advertisement of various medicinal products and services. These guidelines cover the following main points: 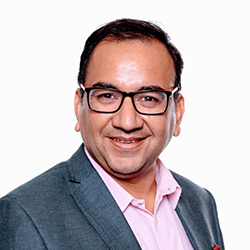 Ranjan founded the specialist IP law firm, RNA, in 2004, and is now its Managing Partner. He has twenty seven years’ post qualification experience working on contentious and non-contentious IP and Technology issues. Ranjan has been practicing as an advocate and patent attorney since 1991 handling a wide range of IP, IT and Technology matters including IP management issues, strategic advice on IP clearance, acquisition, and enforcement. Ranjan has worked in-house and in private practice including a stint with international IP practice heading its India operations. In 2019, Ranjan was invited to join the INTA, Board of Directors.

Ranjan has been ranked as a leading IP practitioner by various publications including WTR 1000, IP Star (Managing IP), WIPR leaders, Who’s Who legal, Asia IP experts and others. Ranjan is regularly invited to speak by Universities and chamber of commerce on IP issues. He has authored several articles and papers on key IP issues that are published by IP magazines and blogs such as IAM, World Trade Mark Review, Bloomberg, Lexology, IP Kat etc. 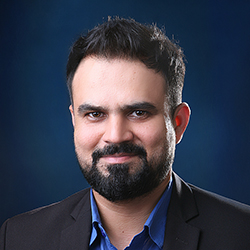 Daleep is an Associate Partner at RNA, Technology and IP Attorneys with a demonstrated history of working in the law practice industry for over 12 years. He is skilled in IP Management and Strategy, Trademarks- Clearance, Protection, Opposition and Enforcement, Copyrights, Domain Name Disputes, and IP Crimes in Digital Space. He regularly appears and argues cases before various judicial forums, including the Trademarks Registry, the IP Appellate Board and the courts.

Daleep has been a guest speaker at various IP awareness workshops, trainings and academic institutions. Daleep also has a flair for writing and has contributed numerous articles on IP laws and issues for several well-known electronic and print publications. 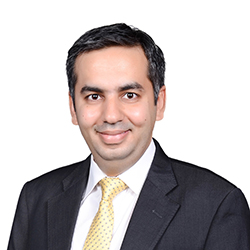 Abhishek is a Partner with RNA, Technology and IP Attorneys. He has over 14 years’ of post-qualification experience and joined RNA in 2009. Abhishek advises clients on a wide range of IP matters, including brand clearance, oppositions, cancellations, infringement proceedings and domain name disputes. Abhishek regularly appears before various forums including the Intellectual Property Appellate Board, District and High Courts, Trademarks Registry and the Registrar of Companies.

Abhishek has been invited to address Indian Custom officials, police officials, students at law colleges and school, Chartered Accountant/Company Secretaries on Anti-Counterfeiting, IT Act and emerging IP issues in cyber space. In 2017, Abhishek was selected to attend ‘Training Course for IP Protection Lawyers’ held in Tokyo (from 19th July to 4th August).

Abhishek has written articles on various topics of IP law which have been published in print and electronic media, including the ENISHI Magazine, published by Japan Patent Office.