Enforcement and Setting Aside of an Arbitral Award in Thailand

Arbitration is one of the most effective Alternative Dispute Resolution (“ADR”) approaches to resolving disputes outside the courts. Arbitration is often considered for the resolution of disputes, most commonly used in relation to international commercial transactions.

The parties to a contract can mutually agree to settle all or certain disputes arising between them by an arbitral tribunal, known as an arbitration agreement. In essence, the arbitral award rendered by the arbitral tribunal will bind the parties, which will be recognized and enforced by the courts of contracting states under the Convention on Recognition and Enforcement of Foreign Arbitral Awards (1958), commonly known as the “New York Convention”. Thailand is one of contracting stages to the New York Convention and has also adopted UNCITRAL Model Law as well as the New York Convention as a model for Thai Arbitration Act B.E. 2545 (2002) (the “Arbitration Act”).

In a nutshell, this newsletter will provide an overview on the enforcement and setting aside of an arbitral award with Thai courts under the Arbitration Act.

Recognition and Enforcement of an Arbitral Award under the Arbitration Act

Both the Thai arbitral award and the foreign arbitral award made in a country that is a contracting stage to the New York Convention can be enforced by the Thai courts under the Arbitration Act. In terms of the enforcement process, the party seeking enforcement of the arbitral award has to file an application with the competent court, i.e. the Central Intellectual Property and International Trade Court or a court where arbitral proceedings are conducted or a court that has jurisdiction over the area in which each party is domiciled (the “Court of First Instance”), as the case may be, within three (3) years from the day the award is enforceable. It is important to note that the application requires full Thai translation of the arbitral award and arbitration agreement, and the original or certified original of the award and the arbitration agreement must be filed together with the application requesting to enforce the award, as required by the law.

Once the filing has been accepted, the court’s officer will then serve a copy of the application and relevant documents to the opposing party, and the opposing party is entitled to file its objection with supporting documents to the court. Thereafter, the witness examination session will be held, and the Court of First Instance will render a judgment on whether or not to enforce the award.

The Arbitration Act sets forth certain legal grounds that the court can refuse the enforcement if the court views that:

Setting Aside an Arbitral Award under the Arbitration Act

The opposing party has to file an application to set aside the arbitral award with the Court of First Instance within ninety (90) days after the receipt of the award. Thereafter, the overall process after filing the application will be similar to the enforcement application in terms of court proceedings.

The Recent Ruling on Setting Aside Arbitral Award

According to Section 40 of the Arbitration Act and Article VI of the New York Convention, Thai court is a competent authority for setting aside an arbitral award, which is made in Thailand, or under the law of Thailand. In this regard, the Supreme Court of Thailand recently ruled in the Supreme Court Judgement no. 8539/2560 that the Thai court only has the authority to set aside domestic awards. Based on the latest Supreme Court judgment and interpretation of the Arbitration Act, it is, therefore, considered that the Thai court has no authority to set aside a foreign award.

For ease of reference, a diagram illustrating the key milestones and tentative timeframe associated with enforcement and setting aside the process of an arbitral award in the Court of First Instance is shown in Appendix 1. 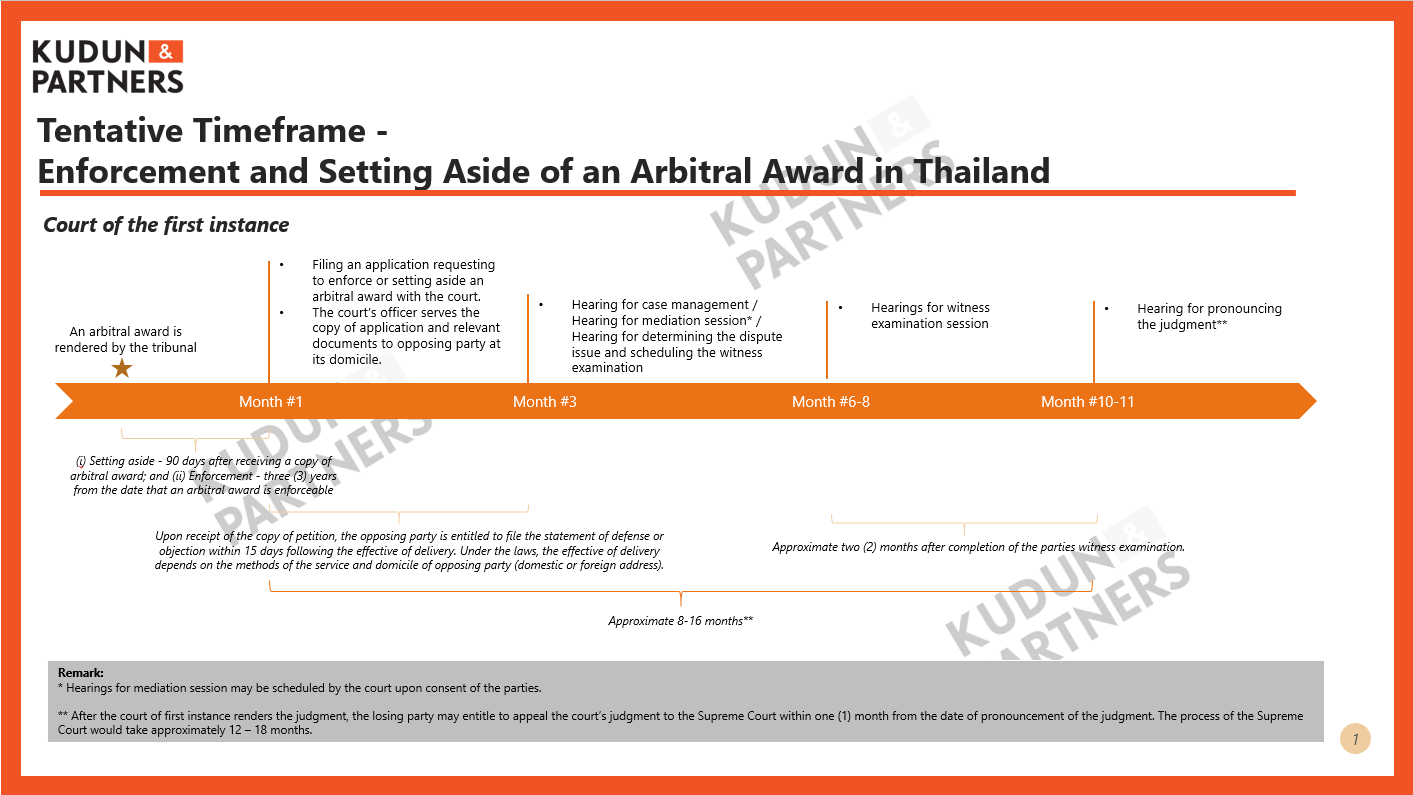 Our highly skilled team of business savvy litigation and dispute resolution lawyers are driven by an unwavering determination to achieve the best commercial and strategic outcomes for clients who are involved in business disputes and other contentious matters. Our experienced litigators regularly appear before all levels of the Thai Courts as well as in national and international arbitration proceedings.

We recently assisted our client, Thailand’s largest telecommunication operator in a successful dismissal by the Arbitral tribunal on a dispute in the allegation of transferring telecom equipment, which the opposing party claimed THB 13.4 billion and an additional claim for opportunity loss of THB 116 million per month with 7.5 percent interest per year in the Arbitration Institute. 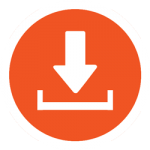 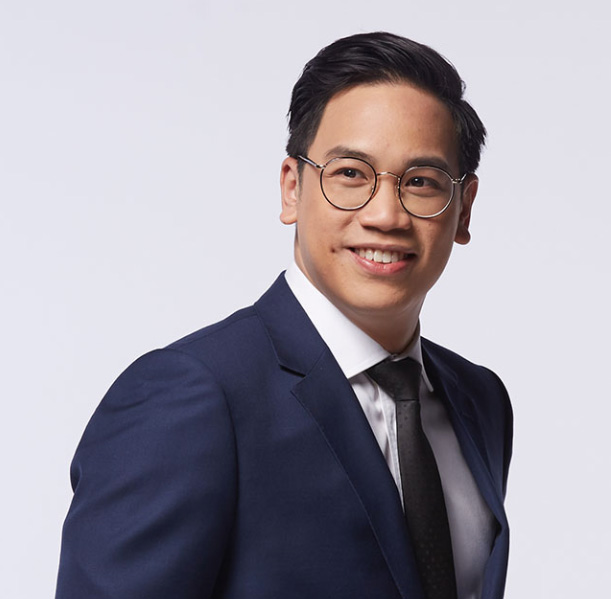 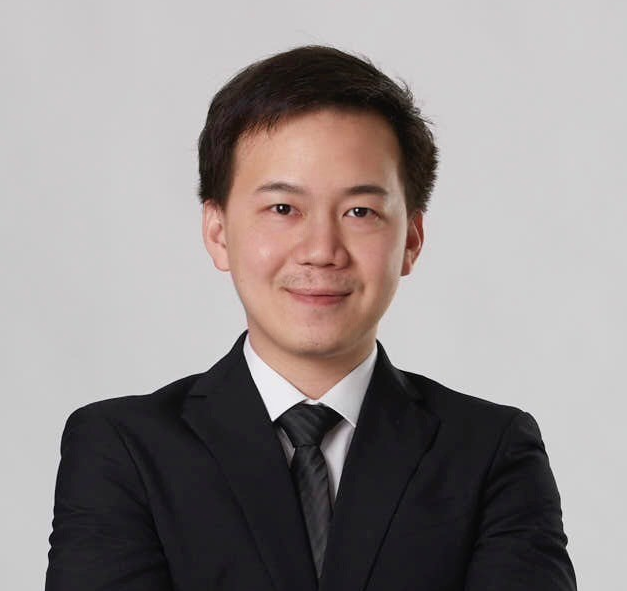 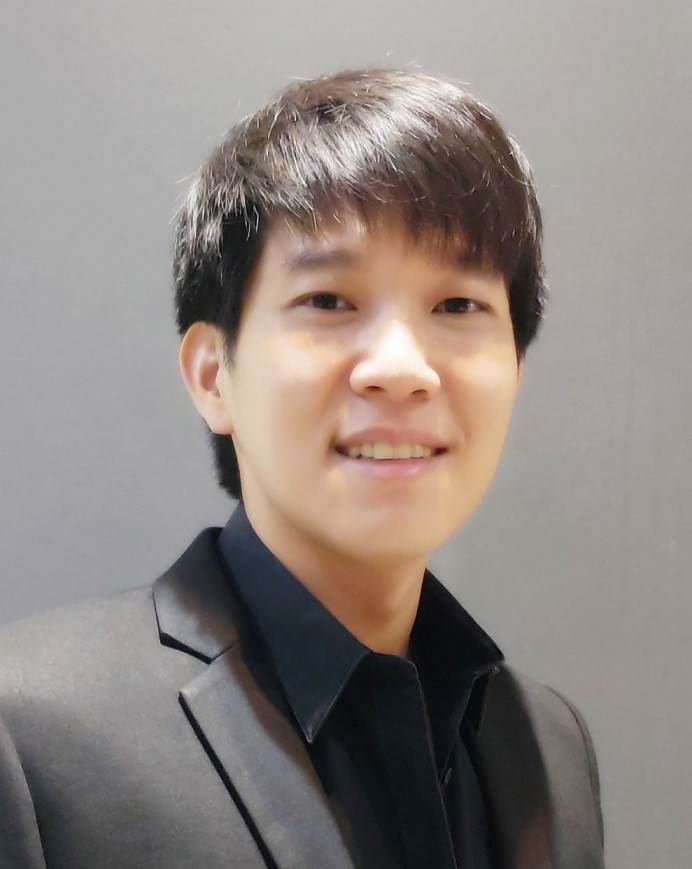