Defamation – How to limit the damage and protect your reputation

As the proverb says, the pen is mightier than the sword. In today’s world, that has never been more true. With a single comment, individuals can send ripples across the world that seriously impact on the reputation of others. 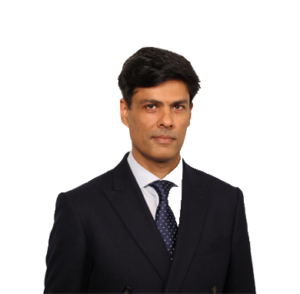 The law of defamation seeks in part to curtail the negative consequences this brings. Dating back to the 16th century, the law of defamation has seen dramatic changes over the years but serves a largely unchanged purpose – to protect individuals and organisations from damage to their reputation.

Defamation as defined by the Defamation Act 2013 is any published statement that has caused or is likely to cause serious harm to someone’s reputation. Defamation can be delivered in print (libel) or made orally (slander). In the past, libel referred to official publications like newspapers, but the modern definition of libel has been adapted to encompass everything from publication on blogs to comments on social media platforms like Twitter. There are four defences to a defamation claim. They are truth, honest opinion, matter of public interest and privilege.

A fourth defence is privilege. Unlike the other defences, the defence of privilege deals not with the nature of the statement itself, but the venue in which the statement is made. There are two kinds of privilege, absolute privilege and qualified privilege. For example, witness testimony in a court of law enjoys absolute privilege and can never form the basis of a defamation claim. This applies equally to submissions made by lawyers at trial and statements made by a government official in the course of their official duties. It also applies to statements made in client-lawyer or spousal privilege. Qualified privilege refers to circumstances in which someone has a legal, moral or social duty to publish a statement.

In this hyper-connected world, defamation has become a very international issue. The consequences of defamation can be overwhelming and long-lived and the rise of social media and the arguably disproportionate attention paid and trust placed in comments made on social media, coupled with the reluctance of social media platforms to remove questionable comments, is steadily creating a culture where defamatory comments that are made out of malice go largely unaddressed. Furthermore, others are emboldened to expand on and promote such remarks, often under the cover of anonymity.

Defamatory remarks can completely destroy an individual’s credibility to the extent that harm to reputation can severely impact their marriage or career. For example, a suggestion that a medical practitioner, a youth leader or school teacher is involved in sexual impropriety involving minors would have just such an effect. Often victims of defamation are in disbelief and do not believe that any credence would be given to the defamatory comments and take no action, only recognising the extent of the harm done far too late and find that they can take no legal action as they have exceeded the time limit during which a defamation case can be brought.

Khizar Arif, a partner, comments “due to the serious and never-ending consequences of defamation it is strongly recommended that if you believe you have been defamed you take legal advice as soon as possible in order to establish whether you have been legally defamed and what action you can take” Khizar remarked “there are a number of actions that can be taken, including requiring the perpetrator to make an equally prominent wholehearted retraction. For example, when the Sun newspaper was made to publish an apology to Elton John as a front page headline with the same size text as the original libellous comments, in retraction of the untrue libellous article previously published in 1988. Ignoring a defamatory comment gives the opportunity for it to spiral out of control.”

Reputations are slow to build and quick to lose. This is demonstrated by the dispute currently being played out between Mr Johnny Depp and Amber Heard which began in the UK in 2020. The renowned actor Johnny Depp took News Group Newspapers and executive editor Dan Wootton to court over an article in the Sun newspaper that characterised Mr Depp as “Wife Beater Depp”. It referred to domestic abuse claims made by Mr Depp’s ex-wife actress Ms Amber Heard in an op-ed she authored which was published in the Washington Post in December 2018. Finding the offending statement to be “substantially true”, the High Court ruled against Mr Depp, and he was also denied permission to appeal the decision.

Following the trial in England, Mr Depp took Ms Heard to court over her original op-ed in Fairfax County, Virginia; the trial is ongoing. According to Mr Depp, the op-ed cost the actor lucrative roles in films and caused damage to his film career. He is therefore suing Ms Heard for USD50 million in damages. Ms. Heard is countersuing Mr Depp for USD100 million for claims by Mr Depp and his legal team that her domestic abuse allegations were fake and a “sexual violence hoax”. With such big names, you can be sure the whole world’s watching this trial.

As the op-ed in contention written by Ms. Heard did not refer to Mr Depp in name, the actor’s legal team has argued that despite the lack of express reference, the publication was clearly directed towards him.

As the trial has progressed, tensions have risen and the subject has turned to domestic abuse and the personal relationship between the litigating parties. No punches were pulled and no details were spared.

Ms. Heard’s legal team has started their cross-examination this week. With big names such as James Franco, Elon Musk, Paul Bettany, and Heard herself slated to take the stand, it’s looking to be an interesting week of trial.

This also raises the question of the reliability of witness evidence given by those who have dedicated their lives to the art of pretending to be someone they are not.

It is important to note that whichever way the hammer falls; this trial has sparked global interest in the former couple. While the Fairfax Circuit Court renders its judgement, the court of public opinion will render theirs. In such a sensational case, it’s hard to imagine either actor’s reputations will emerge intact.

If you believe that you have been defamed, taking action sooner rather than later not only supports the fact that any allegations are likely to be untrue and it also may limit the amount of exposure the comments may receive.

Khizar was called to the Bar of England & Wales initially in 2001. Khizar was subsequently admitted to the Roll of Solicitors, attaining Higher Rights of Audience shortly thereafter. He holds a Master of Laws degree (LL.M.) focused on international business and maritime law from the University of Hamburg, Germany. Khizar is a member of the Solicitors’ Association of Higher Court Advocates, the London Shipping Law Centre and the Deutscher Verein für Internationales Seerecht.

He has a distinguished reputation for resolving complex cross border commercial matters. Khizar always attempts to conclude a dispute by alternative dispute resolution, without resorting to litigation, where possible. However, he is a robust tenacious litigator when required.

Khizar expertise extends across a range of commercial matter s, both contentious and non-contentious, including contractual disputes, share purchase agreements, data protection, intellectual property and employment law. In addition to a wide range of commercial clients Khizar has represented various a variety of high profile clients including high-ranking public individuals, publishers, newspapers, broadcasters and charities and their directors, officers or trustees.

Giambrone
Defamation – How to limit the damage and protect your reputation
May 9, 2022

Rahman Ravelli
THE TORT OF DECEIT AND CLIENTS’ INTERESTS
June 19, 2020

Rahman Ravelli
THE CHALLENGES OF BRINGING A CLAIM FOR DECEIT
June 19, 2020