CHAMPAGNE for Protected Designations of Origin!

On September 9th 2021, regarding the Protected Designation of Origin (PDO -‘appellation d’origine protégée’ in French) ‘Champagne’, the European Court of Justice ruled in favour of an extended protection of such appellations within the European Union (CJUE, 9 September 2021, C-783/19 (1)).

The company GB was using the term ‘CHAMPANILLO’, meaning ‘little champagne’ in Spanish, alongside a figurative representation of two clinking glasses filled with sparkling beverages, in relation to restaurant services.

In 2011 and 2015, this company filed Spanish trademark applications for ‘CHAMPANILLO’, all of which were refused by the Spanish Office following oppositions filed by the ‘Comité interprofessionnel du Vin de Champagne’ (CICV) based on the French designation of origin ‘AOP Champagne’.

‘Champagne’ is indeed a designation of origin, the protection of which is based on a specification covering a specific geographical area of five departments and 635 French municipalities. 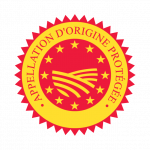 In order to be protected throughout the European territory, PDOs must be subjected to a registration process before the European Commission, defined in Articles 48 et seq. of the 2012 Regulation.

Despite the refusals of its trademarks applications, the company GB continued using the sign ‘CHAMPANILLO’. So, the CIVC started legal proceedings before the Commercial Court of Barcelona (Juzgado de lo Mercantil de Barcelona) to put an end to such infringements. The Court rejected the CIVC’s claim and considered that the use of the sign ‘CHAMPANILLO’ was not evoking ‘Champagne’, as it was done for restaurant services and for services different from the products protected under the PDO and was targeting a different audience.

The Court hence ruled that no infringement of the PDO ‘Champagne’ was characterised in the present case and, to that end, based its ruling on a decision of 1 March 2016 issued by the Spanish Supreme Court which decided that the sign ‘Champin’ for non-alcoholic sparkling drinks for children, did not prejudice the PDO ‘Champagne’, as they were different goods concerning different publics.

The CIVC appealed the decision before the Provincial Court of Barcelona (Audiencia Provincial de Barcelona), which referred a preliminary question to the European Court of Justice on the protection granted to PDOs.

The Court observes the fact that the sign ‘Champanillo’, while suggesting the Appellation ‘Champagne’, significantly differs from it visually and phonetically. Consequently, the use of this sign does not fall under Article 103(2)(a) which protects PDOs against ‘any direct or indirect commercial use of that protected name’, when this use takes undue advantage of the PDO’s reputation.

Then, the judges specify the interpretation to be given to Article 103(2)(b) which protects PDOs against ‘any misuse, imitation or evocation, even if the true origin of the product or service is indicated or if the protected name is translated, transcripted or transliterated or accompanied by an expression such as “style”, “type”, “method”, “as produced in”, “imitation”, “flavour”, “like” or similar’.

The first question raised before the European Court of Justice by the Spanish Court is the following: does the protection of PDOs only cover similar goods to those covered by the designation or does it also cover services related to the distribution of such goods?

The Court expressly states that the EU legislator intended to protect designations of origin against any misuse, imitation or evocation both for similar goods and services. The Court thus considers that if it is not the case, the target of protecting PDOs would not be achieved ‘since the reputation of a product benefiting from a PDO is also likely to be unduly exploited when the practice referred to in this provision concerns a service’ (paragraph 51).

The Spanish Court had then submitted two questions with regard to the scope of protection granted to PDOs in case of ‘evocation’: is it necessary for the goods protected by the PDO and the goods and services covered by the contested sign to be identical or similar? Is this evocation to be assessed by reference to objective factors?

The Court of Justice first notes that Article 103(2)(b) does not contain any indication on whether the protection of designations of origin against any evocation is limited to the situations where the goods and services at issue are comparable or similar, or if the scope of such a protection can be extended in the situations where the contested sign covers different goods and services. One should recall that, in France, the protection granted to PDOs is quite large, to the point where it usually escapes the specialty principle. The most emblematic example is the PDO ‘Champagne’, whose use has been prohibited by Courts in regard to numerous products unrelated to champagne (6).

The Court of Justice then defines evocation as the fact for a consumer exposed to a sign which incorporates a part of a PDO to have directly in mind, like a reference picture, the product protected under the PDO. The Court adds that it is up to each national Court to assess this evocation, this link. It nonetheless provides some indicia.

The Court also states that, for an ‘evocation’ to be established, the goods covered by the PDO need not be necessarily identical or similar to the goods and services of the contested sign if there is a direct and unequivocal link between the signs at stake in the mind of the average European consumer who is reasonably well-informed and reasonably observant.

In the present case, the Court leaves to the Spanish jurisdiction the task of assessing whether the sign ‘CHAMPANILLO’ gives rise in the mind of the consumer to a sufficiently direct and unambiguous link with champagne and thus, of determining whether there is an evocation within the meaning of Article 103(2)(b) of Regulation No 1308/2013. The referring Court will have to take into account the similarity between the contested sign and the PDO as well as the use of the contested sign for restaurant services and advertising purposes.

In that respect, the Court rules that the notion of ‘evocation’ does not require that the goods or services concerned are identical or similar to the goods covered by the PDO. It is sufficient that there is a sufficiently direct and unequivocal link for the average consumer between the sign at issue and the PDO; this link may result from various elements, including phonetic and visual similarity or from a similarity between the goods and services at issue. It is therefore for the national Court to take account of all the elements relating to the use of the contested sign.

Lastly, the Court answers the last question of the Spanish jurisdiction, which was whether the concept of evocation was conditional on a finding of unfair competition.

It specifies that although the same conduct can be both interpreted as an act of unfair competition and an evocation within the meaning of Article 103 of the Regulation, the two underlying regimes of protection are in fact independent. The protection of PDOs is, in fact, an objective protective regime since it does not rely on intent or the finding of a fault. Equally, it does not require a competitive relationship. Its scope of application is thus broader than that of unfair competition.

With this decision, the European Union shows its willingness to assert a stronger protection for PDOs and, in particular, for the PDO ‘Champagne’.

This decision comes after the adoption in Russia of an amendment to the law regulating alcoholic beverages that is particularly prejudicial to the PDO ‘Champagne’. Adopted on 2 July 2021, this amendment refuses to take into account the protection granted to this PDO. The Russian term for ‘Champagne’ is henceforth reserved to Russian sparkling wines, while PDO ‘Champagne’ producers will only be able to use the Cyrillic term ‘sparkling wine’. It should be remembered that 13% of the 50 million litres of sparkling wine and champagne imported in Russia each year come from France. After suspending them in the run-up to the end-of-year celebrations, France resumed its champagne exports to Russia on 15 September, despite the obligation for importers and distributors to affix a Cyrillic ‘sparkling wine’ back label on their bottles.

Along with the United States and Haiti, Russia is one of the countries which do not recognise the PDO ‘Champagne’, despite more than twenty years of discussions. Thus, the United States, whose champagne imports had a total value of half a billion euros in 2020, continues to use such a designation on its sparkling wine bottles  (7). For the US Administration, there is in fact ‘no deception of the consumer’ insofar as American wines are not labelled as ‘champagnes’ but rather ‘American champagnes’.

Fortunately, this is not always the case.

As a matter of fact, in Switzerland, the Constitutional Court of the Canton of Vaud recently considered that the revision of Swiss law creating a protected designation ‘Commune de Champagne’ on Swiss territory was contrary to the Agreement between the Swiss Confederation and the European Union on trade in agricultural products. This agreement provides for exclusive protection of the French Designation ‘Champagne’ which cannot be used for Swiss wine products.

(4) Regulation (EU) No. 2019/787 of the European Parliament and of the Council of 17 April 2019 on the definition, description, presentation and labelling of spirit drinks, the use of the names of spirit drinks in the presentation and labelling of other foodstuffs, the protection of geographical indications for spirit drinks, the use of ethyl alcohol and distillates of agricultural origin in alcoholic beverages, and repealing Regulation (EC) No 110/2008

Beau de Loménie
Registration of sound trade marks under Regulation (EU) 2017/2001: what is the mood music from the European judge?
September 23, 2021