What To Do When You’re Broke: The Laws Governing Personal Bankruptcy In India

The ongoing pandemic and the related economic downturn have affected most citizens of the country and distressed the finances of even the best financial planners amongst us. Despite the moratorium offered by banks, the successive lockdowns in different parts of the country and the continued suspended functioning of markets have caused several businesses to struggle to make ends meet. The high unemployment rate, saturated demand in many sectors, and low GDP growth rate has rendered many persons unable to meet their debts.

The question of how to escape the above predicament may very well find its answer in personal bankruptcy or personal insolvency laws, which enable debtors to approach courts to either restructure their debts or to avail a discharge from the obligation to repay their debts after liquidating their assets and distributing the value to creditors.

within three months[3] of the presentation of the petition seeking initiation of insolvency.

The Earlier Regime was costly, made the procedure under Code of Civil Procedure, 1908 applicable to the insolvency proceedings, thereby providing for undue recourse to courts, and also lacked provisions for creditor participation in the debt resolution process. Accordingly, the aforesaid enactments lacked effectiveness in aiding resolution of debts and were seldom resorted to by creditors.

New Regime – Does it solve the problem?

As a result of the aforesaid lacunae, the Insolvency and Bankruptcy Code, 2016 (Code) was introduced. The Code reconceptualised the framework for debt resolution in India, the provisions pertaining to personal insolvency have not yet been notified, except for the provisions applicable to personal guarantors of corporate debtors. As per the objectives enshrined in the Bankruptcy Law Reforms Committee Report, the provisions of the Code were aimed at providing (i) a fair and orderly process for dealing with the financial affairs of insolvent individuals; (ii) effective relief or release from the financial liabilities and obligations of the insolvent; and (iii) the correct ex-ante incentives.[4]

The eligibility threshold for initiating personal insolvency under the Code has been raised from INR 500 under the Earlier Regime to INR 1,000, which can be raised to a maximum of INR 1,00,000 by the government[5]. The corporate insolvency resolution proceedings (CIRP) under the Code can be initiated either by a debtor (an individual or partnership firm) or the creditor, which includes a financial, operational, secured, unsecured creditor as well as a decree holder. The debt excluded from the ambit of such personal insolvency proceedings include – liabilities for court or tribunal fines, maintenance of any person required by law, student loans, negligence, nuisance or breach of statutory contractual or other legal obligations[6].

Under the Code, insolvency proceedings against an individual can be initiated by way of the ‘bankruptcy’ route or the ‘fresh start’ route. The procedure involved under each route, along with its drawbacks, is as below:

One of the drawbacks of the bankruptcy provisions under the Code is the lack of any bankruptcy exemptions allowing the debtor to keep certain property or assets even after insolvency proceedings have commenced, thereby not ensuring provision of any minimum living standard for the debtor in the resolution plan. The only saving grace for the debtor is the existence of a veto right in the event that creditors suggest any modifications to the resolution plan[14]. The Code also fails to clarify the impact of discharged debts on the debtor’s credit ratings. The Code also fails to solve the problem of excessive judicial involvement in personal insolvency, which was the complication plaguing the Earlier Regime. The law does not provide any guidance on what the DRT should base its judgment on, and whether it should solely rely on the recommendations of the RP.

It is likely that the aforesaid drawbacks would be resolved once the New Regime is operationalised, by way of Regulations and timely amendments, as has been the case with the corporate insolvency resolution process. In the absence of such timely intervention, the provisions under the New Regime will also continue to languish untested in the statute books for the next 100 years, with little to no respite to individual defaulters and their creditors. 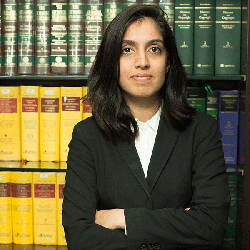 [4] The Report of the Bankruptcy Law Reforms Committee Volume I: Rationale and Design, November 2015