REAL MONEY GAMING AND BETTING IN FOREIGN CURRENCIES: POINTS TO BE NOTED

During the past three months, several media houses reported that almost one thousand notices have been issued by the Enforcement Directorate (“ED”) to individuals for using international credit and debit cards to bet on football league matches, remitting funds for real money gaming to overseas platforms in foreign currencies and not surrendering the pre-loaded forex cards which are often used during tours abroad. Such action by the ED came as a surprise to many, as these individuals wondered whether merely participating in online games and betting in a sports league, through a simple mobile app, could amount to violation of laws, more particularly, violations under foreign exchange laws which attract investigations by the ED.

What’s under the FEMA?

The remittance facilities in foreign currencies are permitted in terms of Section 5 of the Foreign Exchange Management Act, 1999 (“FEMA”) read with the Foreign Exchange Management (Current Account Transactions) Rules, 2000 (“Current Account Rules”). The Reserve Bank of India (“RBI”) has further issued the Master Direction No. 8/2015 on ‘Other Remittance Facilities’ (“Master Directions”) which consolidates policies relating to remittances and drawals in foreign currencies including the use of international debit and credit cards.

Schedule I of the Current Account Rules provide a list of transactions which are prohibited. This list, inter alia, includes; (i) remittance out of lottery winnings; (ii) remittance of income from racing/riding, etc. or any other hobby; (iii) remittance for purchase of lottery tickets, banned/proscribed magazines, football pools, sweepstakes, etc.  Further, the Master Directions also restrict remittances for participation in lottery like schemes existing under different names like money circulation schemes or remittances for purposes of securing prize money/awards.

Individuals who participate in online real money games or betting on sports league matches, through an overseas mobile app, are required to pay the participation fee/betting amount in foreign currencies.  Such transactions would squarely fall under the list of prohibited transactions as set out in Schedule I of the Current Account Rules read with the restricted transactions under the Master Directions.

The use of international credit and debit cards

While there is no monetary ceiling prescribed for use of international credit cards through the internet, such cards cannot be used on the internet or otherwise for the purchase of prohibited items like lottery tickets, banned magazines, participation in sweepstakes, football pool, etc.

On the other hand, international debit cards can be used only for permissible current account transactions subject to the limits mentioned in the schedules of the Current Account Rules. The Master Directions further prohibits the use of international debit cards, in any manner, for the purchase of prohibited items (lottery tickets, participation in sweepstakes, football pool, etc.)

The rules and regulations framed under FEMA strictly prohibit transactions involving real money gaming or betting through overseas platforms which are in the nature of betting/lottery. However, the legal treatment of such transactions undertaken through domestic platforms would not attract any FEMA applicability. Such domestic transactions are regulated by The Public Gambling Act, 1867 (“PG Act”), the central legislation on gambling. However, as ‘betting and gambling’ forms a part of the State List in the Constitution of India, State Governments are entrusted with the power to enact laws relating to the same. Accordingly, while few States have adopted the PG Act, other States have their own specific laws on gaming and gambling.

Having said that, given the gradual rise in popularity of online gaming in India, the Sports (Online Gaming and Prevention of Fraud) Bill, 2018 (“Sports Bill”) was introduced in the Parliament in December 2018, which is still pending. The preamble of the Sports bill, inter alia, states that the bill has been made with an objective to establish an effective regime for regulation of online sports gaming and matters connected therewith and incidental thereto. It would be interesting to see how the Sports Bill, once notified, would impact real money gaming and betting transactions in India. 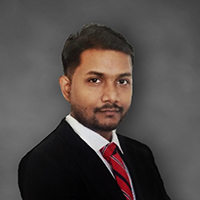