EVOLUTION OF ESPORTS – A TRANSACTIONAL VIEW

Owing to the dismal happenings around us caused by a pandemic, the year 2020 had horror in store for every sector, across industries and jurisdictions. The world stood still and suddenly, there was no sporting event to attend, no new movie release in a theatre next door, no live performance/s and no schools, and the world was stuck inside their houses – for survival.

Remarkably, this spurred in building wider connection amongst people in the gaming industry, and more so rapidly in electronic sports (“e-sports”). The world of e-sports has gone beyond just the players/ games or the viewers, and in the recent years, there has been a swift rise in the investment made in this sector. Any business relies upon schemes of mergers or amalgamation for sustainability and expansion of business operations; while earlier sports was a lucrative sector to pave their ways into,  e-sports has come into vogue. 635 deals have been announced and/or closed during the first six months of 2021, with the wide majority of them being private placements (364), followed by merger and acquisitions with 169[1]. This article shall explore the interplay of the e-sports fraternity with the investment opportunities, the issues, role and the impact thereof.

Esports and its Organisation

E-sports was commonly understood as casual video gaming; however, it is now an intensely competitive and complex sporting experience. With hours of training and practice, the e-sports players engage in a highly competitive tournament to win. The costs and investments made in this regard would be inclusive of the costs that would go into: (i) maintenance of the software, associated infrastructural costs; (ii) investing on the players’ training; (iii) promotional, public relations, ancillary costs; and the allied costs which may go into providing accommodation and travel expenditure to the players. An e-sports event organizer would have typically footed the expenses by way of entering into partnerships, seeking sponsorships and funding from willing volunteers; however, with the evolution in the manner in which e-sports are now playing out, there is an investment opportunity now, i.e., by way of mergers, acquisition and joint ventures (“amalgamation”).

As the e-sports industry is growing by leaps and bounds, the interest of people in owning a piece of the pie has also increased sporadically. Due to the pandemic, attention has been diverted towards e-sports in 2020 and the market has witnessed an increase in the investments in the esports industry. Celebrities and venture capitalists are investing millions of dollars, companies are merging together to consolidate, and acquisitions are considered as viable options too. For instance in a single month in 2020, FaZe Clan received $22.7 million loan facility; NTT Corp raised £2.1M to open esports venue in Japan; Juked raised $800,000 in pre-seed funding round; Faker obtained part-ownership of T1 Entertainment & Sports; Nicecactus acquired tournament platform Glory4Gamers; Tempo Storm raised $3.3M to enter interactive media and game design; Amuka esports acquired Canadian esports venue Waves E-Gaming; DBLTAP parent company Minute Media raised $40M; and Mobile Premier League acquired GamingMonk to widen esports portfolio[2].

Earlier, a gaming company would not have traded richly in terms of multiple investors ascribed to their expected revenues and profits. This was simply because, gaming is hit-and-risk-driven. However, in the contemporary world, this has changed as social connections are what the audiences are craving for and such gaming experience brought the people back together for interaction. Almost all companies, no matter their industry, have overlapping reasons for increasing their engagement with e-sports. Among the traditional reason of glaring returns on investments (profits), one is to connect with younger customers who are becoming increasingly difficult to reach through traditional channels, and other is the advantage of being first movers in this booming space. The gaming industry is currently moving towards the cloud and subscription platforms. With several high-rollers in the technology world launching cloud gaming platforms, e-sports has become a way to find a captive audience amongst the youngsters.

The impact of the pandemic has led to a lot of corporate restructuring with leading companies exploiting opportunities to reinforce their market positions by acquiring new capabilities or by acquiring distressed competitors. Among all sectors, amalgamations in gaming software sector saw the highest growth of 130% in 2020 compared to 2019 in terms of deal volume. Increase in participation by the public at large, leads to a relative increase in the investment opportunities, as the investors sense the growing prospect of prominent returns. As for an e-sports company, an amalgamation opportunity always complements the organic strategy of the business. But will this idea of expansion through amalgamation be enough and easy to incorporate? What are the nitty-gritties of any amalgamation arrangement, and is such arrangement in esports industry any different?

The ideal procedure of such an amalgamation starts from an investment strategy and the search for a target company. Followed by investment planning based on projections and the business strategy of the target company. Such evaluation is arrived at by at-length negotiations and due-diligence process, which then allows the investor to affirm its investment in the expected returns. Based on the analysis post such negotiations and success of the due-diligence process, the parties then enter into the concerned investment agreement with detailed financial understanding and terms for implementation. The most important step in any such arrangement is the process of due diligence.

An investor, while exploring its options to invest in an e-sports company, will have to typically analyze the company’s user base, connected locations, gameplan and organic strategy of the business. As the domain is also fraught with regulatory ambiguities, it is for the investor to ensure that there is effective regulatory landscaping, and that there are no leaks, or disruptions which the target company is fraught with.

Financial and Accounting Due Diligence: For any investor, the prominent factor is returns on the investment made. It is almost certain that the target e-sports company may have sought funding from several investors, thereby, creating difficulty in ensuring returns and, if returns are ascertained, creating hurdles in the manner in which such returns are due inter alia several investors with comparable or distinguishable rights. Much unlike any other new age technology sector, this particular sector also witnesses quick movement amongst the investors who continue to be invested in a company, pitted against the ones who look for exits for greener pastures.

A scheme of merger and amalgamation in India is governed and authorized by the provisions of the Companies Act, 2013. Initially, according to Section 233 of the Companies Act, 2013 a scheme of arrangement may be entered between two or more small companies or between a holding company and its wholly owned subsidiary company but pursuant to amendment in Companies (Compromises, Arrangements and Amalgamations) Rules, 2016 now the scheme of fast-track merger can be entered into by the following companies:

A “start-up company” means a private company incorporated under the Companies Act, 2013 or Companies Act, 1956 and recognised as such in accordance with notification number G.S.R. 127 (E), dated 19th February 2019 issued by the Department for Promotion of Industry and Internal Trade.

Further, by way of Companies (Amendment) Act, 2020, the fraternity has witnessed a change in the outlook of the regulators, as there has been a relaxation in the variation of the shareholders rights and reduction in the penalising provisions under the Companies Act, 2013. Such amendments in the Companies Act, 2013 has simplified the transactions to be conducted by an e-sports company. It has been observed that typically amalgamations are executed when there are two competitors coming together with the intention to reduce overhead, however in India the e-sports companies are ideally start-ups [that require funding to] and amalgamations assist such start-ups to generate substantial synergies and presence in the market. With the recent amendments, two start-ups with the intention to expand and grow are eligible to merge into one by applying for a scheme of fast-track merger.[3] Such start-ups are free to bifurcate the roles, obligations and payment structure, and with the fast-track motion, are able to execute their organic business strategies, economically.

Kaleidoscopic Growth and the Way Forward

This past decade has witnessed huge transactions in the e-sports market. Electronic Arts (EA) is one of the most acknowledged gaming companies known for the epic rendition of sports games. EA had announced its intentions of acquiring Codemasters in 2020[4] and the deal came through in 2021, whereby EA acquired Codemasters for $1.2 billion on 18th February 2021[5]. The Sports entertainment gaming company also added another feature to its acquisition list. EA acquired Glu Mobile for $2.1 billion.[6] Together with Microsoft, EA accounted for nearly 83 % of the first quarter’s acquisition record spending. Also, after the acquisition of Super Free games, Still-Front Group entered the Indian market and managed to successfully acquire Moonfrogs labs for $90 million. The fact that E-sports and gaming are now multi-billion-dollar international industries shows just how much untapped potential exists, specially for amalgamations of such service providers.

With the amendment Companies (Compromises, Arrangements and Amalgamations) Rules, 2016, the legal environment has become more conducive for small companies and start-ups to amalgamate with domestic investors as well as foreign investors. E-sports as a source of entertainment currently has a worldwide audience of 500 million people and generates more than $1 billion in revenue annually which the numbers are forecast to multiplying over the next decade.[7] With such higher stakes in an industry that attracts several issues and technologies, it is no wonder that e-sports is a complex and important area and a hotbed of current and emerging legal questions and issues. Further, the scope for due diligence and negotiations will be ever expanding while the industry grows in the future. Thus, anyone participating in the said industry in any manner should be aware of, and ready to seek, qualified support. The cumulative abnormal returns for e-sports target and investing firms have provided the necessary fillip to the other investors to buy into this. Team ownership and sponsorship, media, merchandising, player representation, branding, event management, game and platform technology, game development and publishing are just a few areas generating opportunities through growth and consolidation. With new vehicles being developed every day, those interested in availing the returns of such opportunities in the e-sports world must keep themselves abreast about the risks and rewards, regulations and potential pitfalls to understand the manner of investment and mark their expectations accordingly. 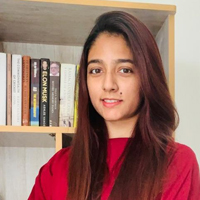 Rashi is an associate at TMT Law Practice. She graduated in the year 2017 from Institute of Law, Nirma University, Ahmedabad, with specialization in Corporate Laws. Rashi completed her Masters in Business and Finance Law, from the University of Glasgow, in 2018. She was called to Bar in 2018 and is since stationed in New Delhi. She started her career at Demeterali Legal and moved to Krida Legal for further growth. She has expertise in the practice areas of sports, gaming, media, entertainment, and corporate laws, and has advised sports institutions & gaming operators, sportspersons impacted by doping matters, handling contractual and commercial arrangements, and building client relationships. In the initial years of practice, she also gathered experience in commercial litigation.

She has always been a sportsperson, with major interest in cricket and table tennis. She represented her alma matar in the sports of volleyball, basketball, and table tennis at state and district levels.