The Government of Rajasthan released a draft of the Rajasthan Virtual Online Sports (Regulation) Bill -2022 (“Bill”) on May 17, 2022 inviting suggestions and comments from relevant stakeholders. The Bill intends to regulate online fantasy sports and different formats of virtual online sports (“VOS”). While the Rajasthan Public Gambling Ordinance,1949 (“Ordinance”) is the primary legislation that regulates gaming and gambling in the State of Rajasthan, the State Government intends to regulate ‘online gaming’ independently in terms of this Bill. The Bill expressly clarifies ‘offering of virtual online sports for money or valuable security by a licensee’ will be excluded from the purview of Ordinance and the operations of lotteries as regulated under the Lotteries (Regulation) Act, 1998 will also not be governed by the Bill.

The Bill stipulates licensing obligation on persons offering, organizing or exhibiting ‘VOS’ in the State of Rajasthan. The term ‘VOS’ includes within its ambit distinct form of sports like: (a) e-sports competitions; (b) fantasy sports; and (c) derivative formats, as provided by sports engagement platforms, where the formats of such sports have to be judicially approved by the courts, self-regulatory organizations or the concerned authority.

Any person or online gaming service provider desirous of obtaining such license will be required to apply to the officer appointed by the State Government. Further, such license would be granted only to an Indian citizen or a legal entity incorporated/ registered in India, and would be valid for a period of 10 (Ten) years from the date of the grant of license, subject to further renewal on payment of license fees.

The Bill puts the responsibility of day-to-day administration and regulation; evaluation and approval of formats; and constitution of the office of Ombudsman, in respect of each class of VOS on ‘self-regulatory organizations’ that are recognized either by courts of competent jurisdiction or by the Rajasthan Virtual Sports Commission (“Commission”). Any industry-led organization desirous of obtaining the recognition as a ‘self-regulatory organization’ will be required to make an application before the Commission which shall be constituted by the State Government. It shall also be the duty of such self-regulatory body to formulate a code of ethics and set-up norms relating to advertising, which would be required to be complied with by all the licensees.

Any person operating a sports engagement platform in the State of Rajasthan, without procuring a valid license, would be liable for a fine upto INR 4,00,000 (Indian Rupees Four Lakhs only) per day of the contravention. Failure to comply with the directions issued by the self-regulatory organizations, furnishing incorrect information to the licensing authority and violating norms pertaining to governance would be punishable with a fine upto INR 2,00,000 (Indian Rupees Two Lakhs only).

Acknowledging the need of a progressive regulatory regime for the online gaming industry, the State Government of Rajasthan has indicated its willingness to regulate (and not prohibit) online gaming industry by introducing this Bill. While the intent of the government may be appreciated, the legal framework envisaged under the Bill is not aligned with its Preamble since the Bill sets forth provisions only in relation to fantasy sports, and not other kinds of skill-based games.

Although the government has made an attempt to liberalize the overall framework by delegating the administrative and regulatory powers to self-regulatory organizations, it has failed to provide any specific provision in relation to player protection measures. Further, the requirement to comply with the conventional licensing regime adds to the cumbersome procedural difficulties that is otherwise faced by gaming service providers in few other States as well.

Currently, the Bill does not provide any provision in relation to customer grievance redressal mechanism, user integrity, data protection, prevention of gaming addiction, advertising, privacy, tax implications and best practices for other stakeholders including the game developers and overall gaming community. No protective checks and balances have been introduced to address the rising concerns of the young population succumbing to gaming addiction and financial frauds, which has been the root cause behind certain states demanding complete ban on online games.

The Bill provides that only those online games would be allowed to operate in the State of Rajasthan, the formats of which have been judicially approved by courts or respective self-organization. This implies that any VOS, without judicial backing, would not be allowed to be operated, irrespective of it being a game of skill. In the backdrop of judicial precedents legalizing typically all kind of game of skills (played with stake), enforcement of the Bill in its current form, is also not clear.

It is pertinent to note that the State Government of Rajasthan has released the Bill at a time when the central government is making attempts to address the challenges faced by the online gaming industry by introducing Online Gaming (Regulation) Bill, 2022 and by setting up an inter-ministerial panel to work on regulations in relation thereof. It is only ideal that the State Government of Rajasthan also consults with the relevant stakeholders, and makes amendments to the Bill in line with the proposals of the central government, to introduce a more holistic regulatory regime in a sector that has witnessed phenomenal growth over the years and offers vast potential ahead. 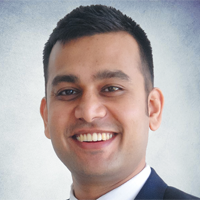 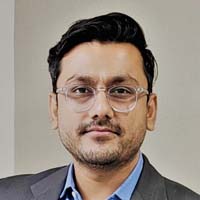 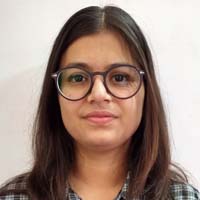