Over the past six months there have been two important judgments in the Supreme Court of England and Wales which are likely to influence GCC-based arbitrations where they are based on common law procedures and rules. They may also impact arbitrations seated in the Dubai International Finance Centre (DIFC), the Abu Dhabi Global Markets (ADGM) and the Qatar Financial Centre (QFC) which are pockets of common law jurisdiction within the United Arab Emirates (UAE) and Qatar Civil Law Structures.

It is perhaps worth emphasising that international arbitration is, to a very large extent, based on common law procedures and rules, even where civil law is the basis of the contract and where the governing jurisdiction is also civil law. The reasons for this lie in the international business community who historically tended to be from common law countries and who unsurprisingly relied on the legal systems and processes which they were familiar with. As international trade and services expanded across the world, the common law process of dispute resolution expanded with it. However, in order to accommodate the requirements of businesses from civil law jurisdictions, international arbitration has evolved to become a hybrid process including elements of civil law processes while retaining a recognisable common law structure. It is the flexibility of international arbitration that allows parties to negotiate the rules and procedures to be used as well as to appoint both civil and common law practitioners as the arbitral tribunal that will reflect their requirements, allowing some familiarity in the dispute resolution process to be used.

The significant judgments of Enka Insaat Ve Sanayi AS v OOO Insurance Company Chubb [2020] UKSC 38 and Halliburton Company v Chubb Bermuda Insurance Ltd [2020] UKSC 48 considered two important aspects of arbitration. Firstly, the law of the arbitration agreement, and secondly, the duty of an arbitrator to disclose potential conflicts of interest and a party’s right to challenge and have an arbitrator removed for non-disclosure.

Whilst these judgments are in the context of the Arbitration Act 1996 of England and Wales, the underlying principles will be persuasive throughout the world, especially where an arbitration is being undertaken based on common law procedures even when the underlying law is civil law.

Why is this important?

An arbitration may potentially involve three separate systems of law:

How does this affect arbitration within the GCC?

The interpretation of an arbitration agreement will depend on which law applies, and in some cases the nature of the dispute and whether it is outside the scope of disputes that are arbitrable under the country’s law. It is important to recognise that public policy will affect the matters which are arbitrable and this varies from country to country. Within the UAE and Qatar, as noted above, common law systems of law sit alongside the civil system of law. Whilst the common law jurisdictions of the DIFC, ADGM and QFC are directly empowered by the civil law jurisdictions of the UAE and Qatar, they are separate from the civil law and are generally based on the laws of England and Wales. Thus, any issues regarding the applicability of an arbitration agreement with its governing law stated or interpreted as being DIFC, ADGM or QFC are reliant on the laws of those jurisdictions and the persuasive decisions of the courts of England and Wales and other common law jurisdictions. It can therefore be seen that disputes based on similar facts may result in different conclusions, depending on the applicable law of the arbitration agreement notwithstanding the law of the seat and contract. Parties to contracts in the GCC region should consider carefully the laws which they wish to govern their arbitration agreements as well as the contracts and seat, as the ‘wrong’ governing law of the arbitration agreement could result in unexpected consequences.

The Supreme Court of England and Wales considered the position of an arbitrator accepting numerous appointments across a number of references involving the same or overlapping subject matter where only one of the parties in those arbitrations was in common. In particular, the court looked at the failure by the arbitrator to disclose his involvement to the parties in the ‘other’ arbitrations and whether such failure was a breach of any duty he may have to the other parties and the extent to which disclosure would be possible. In deciding the issue, the court held that an arbitrator could be removed from the arbitral tribunal where he had accepted multiple appointments which involve the same or overlapping subject matter as this could, in the eyes of the fair-minded and informed observer, lead to the conclusion that there was a real possibility of bias dependant of the particular facts in any such case taking into account the relevant customs and practices within the relevant field of arbitration. The court also found that where such circumstances would lead to such a conclusion, the arbitrator was under a legal duty to make disclosure3 of such other appointments by giving limited information in this regard without breaching the confidentiality of the other arbitration(s)4.

Why is this important?

Arbitration has become one of the bulwarks relied upon by companies trading internationally to ensure that any disputes that arise under a given contract can be effectively decided by an impartial tribunal, be it a single arbitrator or a panel of three arbitrators, without fear of any undue influence or bias due to matters of fact becoming known to the tribunal outside of the particular arbitration due to contamination from a related arbitration that a member of the tribunal may be involved with. Any suspicion by a party that the tribunal is influenced in some way by matters outside of the particular arbitration is likely to lead to a challenge not only to that particular arbitrator but potentially to the enforceability of any award that is rendered. For obvious reasons this is undesirable and can lead to costly legal proceedings which could have been avoided had proper disclosure been made at the appropriate time.

A significant aspect in the court’s judgment was in relation to the timing of the alleged breach and a consideration of whether there was a real possibility of bias in light of the circumstances known about at the hearing of the challenge. In Halliburton, despite the court accepting that the facts did give rise to the appearance of bias (as at the time of the arbitrator’s appointment) and that the arbitrator was in breach of his duty to disclose, by the time that the court heard the application for his removal and had listened to the arbitrator’s explanation of his failure to disclose, it was found that there was no real possibility of bias. Would the court have found differently if the challenge to remove the arbitrator had been heard at a time closer to his appointment?

How does this affect arbitration within the GCC?

Halliburton was decided in reliance on the law of England and Wales, and is persuasive in common law jurisdictions. The interpretation of an arbitration agreement will depend on which law applies, and in some cases the nature of the dispute and whether it is outside the scope of disputes that are arbitrable under the country’s law. The law of the seat decides that law which oversees the process of arbitration including the right to challenge a member of the arbitral tribunal. Additionally, where the parties have adopted the use of the IBA Guidelines on Conflicts of Interest in International Arbitration 2014 or where the national arbitration law is based on the UNCITRAL Model Law, as with the UAE Arbitration Law (Federal Law No. 6 of 2018) and the Qatar Arbitration Law (Law no.2 of 2017), the guidance provided by Halliburton will be of great interest to the parties in international arbitration and should be considered by any arbitrator who is to be appointed by the parties or an institution. As the world of international arbitration moves on, the issues surrounding an arbitrator’s independence and partiality are becoming increasingly important.

Increasingly the GCC region is embracing international arbitration as well as domestic arbitration. The local courts are becoming increasingly sophisticated in dealing with arbitrations and the attendant jurisdiction issues that arise. In countries such as the UAE and Qatar, the introduction of common law jurisdictions and common law courts has encouraged international companies to increasingly trust that arbitral award will be enforced not only by the local courts and in particular by the DIFC, ADGM and QFC courts as they are viewed as being at arm’s length from the local jurisdiction and courts. This has led to the common law views as expressed by the Supreme Court of England and Wales being widely respected and relied upon when dealing with international arbitration in the GCC region and, where appropriate, the courts will take on board the views as enunciated in Enka and Halliburton when dealing with the intricate questions of the appropriate law of the arbitration agreement, as well as the issue of arbitrator bias and integrity where this does not conflict with the local laws and public policy. 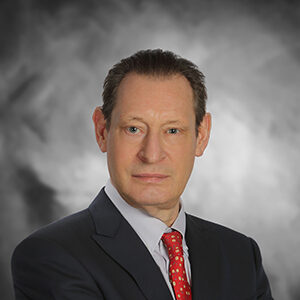 Robert Sliwinski is of counsel at Al Suwaidi & Company and sits in the alternative disputes and DIFC litigation practice. He is Barrister, Chartered Arbitrator, Accredited Adjudicator and Mediator, Quantity Surveyor and Dispute Board Member. Sliwinski is registered to handle all matters before the DIFC courts (Parts I & II). Sliwinski has over 35 years’ experience of the construction industry with particular emphasis on all forms of alternative dispute resolution. Sliwinski specialises in all aspects of the property and construction representing parties as well as undertaking appointments as arbitrator, adjudicator, expert determiner, mediator and dispute board member. Should you have any queries about his article, or other, please contact him directly at r.sliwinski@alsuwaidi.ae.