Phisud commented: “Chatchavej’s appointment reflects his dedication, integrity, and commitment to our clients and our staff. He is an excellent lawyer and well-positioned to lead the development of Siam Premier in its next chapter.”

Chatchavej said: “Under the firm’s leadership and direction, Siam Premier has become one of the largest fullservice law firms in Thailand. I am both excited and honoured by this opportunity to take the firm forward, building on Siam Premier’s rich history and strong track record of delivering exceptional outcomes for our clients in Thailand and abroad.”

Chatchavej has developed a strong reputation in the Thai market in cross-border M&A transactions, insurance, regulatory, construction, PPPs and real estate projects and disputes. He regularly features in international legal research publications where he is recognized by both clients and peers as a leading lawyer in Thailand.

Chatchavej received a Bachelor of Laws (LLB) from Chulalongkorn University in Bangkok, Thailand in 1999, graduating with First Class Honours. He was admitted to the Lawyer’s Association in 2000 followed by the Thai Bar Association in 2001.

In 2003, he attended the London School of Economics and Political Science (LSE) on a Chevening Scholarship from the Foreign Commonwealth Office of the UK Government, graduating with a Master of Laws (LLM) with Merit. Chatchavej has been in private practice in Thailand since 1999, when he first joined Siam Premier.

From 1999 to 2009, he held Associate and Senior Associates roles at Siam Premier and was seconded to Allens Arthur Robinson (Allens) in Sydney. He has been a Partner at Siam Premier since 2010.

Chatchavej is presently co-lecturer in the Relationship Between Business and Law course in the Master in Arts in Economic Law program in the Faculty of Law at Chulalongkorn University.

He is also on the board of the Chevening Alumni Association of Thailand under the Foreign Commonwealth Office through the British Embassy in Thailand. 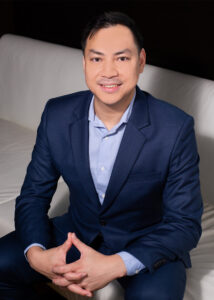 Kudun & Partners
An Essential Guide to Preparing Your Startup for a Legal Due Diligence Process
May 25, 2021

Kudun & Partners
Launching Your IPO During the COVID19 Pandemic – To Delay or Not to Delay, that is the Question…
May 25, 2021