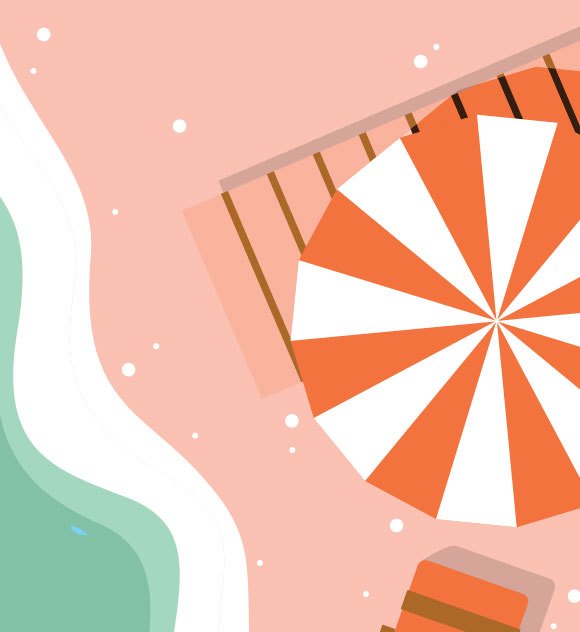 fivehundred magazine > Offshore > Law’s a beach, in the Caribbean 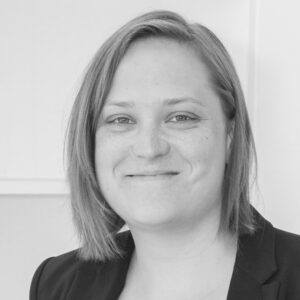 The Caribbean legal market is unlike most others in the world. The lucrative offshore jurisdiction remains a draw for international companies and foreign individuals looking to benefit from the region’s business-friendly regulations, and local markets are increasingly dedicated to moving away from the region’s reputation for secrecy following the increased scrutiny of the offshore world. This is most notably reflected in the efforts by law firms to expand their regulatory practices in line with global developments and ensure their clients are compliant with the substantial increase in legislation and regulation, most notably the new economic substance rules.

The Caribbean guide was introduced into The Legal 500 coverage in 2009 and, following substantial expansion across the 2018 and 2019 editions, the guide now covers the Bahamas, Bermuda, the British Virgin Islands (BVI), and the Cayman Islands. While the jurisdiction is often closely linked with the UK offshore market (for obvious reasons), our coverage evaluates local firms alongside global offshore practices to provide a comprehensive evaluation of what the whole market has to offer. This article will cover each jurisdiction independently, looking at each legal market and the firms operating within them. 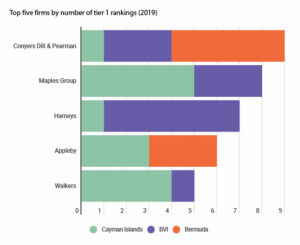 The newest jurisdiction to be added to The Legal 500’s Caribbean guide with rankings established in the 2019 edition, the Bahamas attracts substantial international investment and has forged notable relationships with international financial institutions and investment funds. The jurisdiction also benefits from its status as a tax-neutral jurisdiction and position as the second highest per capita GDP in the English-speaking Caribbean.

Made up of over 700 islands, the tourism sector is the main contributor to the country’s success, accounting for roughly 60% of the national GDP. The impact of Hurricane Dorian continues to be felt, but hopes are high that tourism will encourage the recovery of Grand Bahama and the Abaco Islands, the two regions most affected by the natural disaster.

Nassau is the main legal centre in the jurisdiction, with firms also having outposts in Freeport on Grand Bahama and Lyford Cay on the west point of New Providence Island. The inaugural ranking, which reflects the overview of the market, is comprised of solely local firms with four full-service outfits currently holding the tier one position. Graham Thompson, Higgs & Johnson, Lennox Patton, and McKinney, Bancroft & Hughes make up the top tier with their Bahamas offices acting as a main base for the firms; several of the firms also have a wider Caribbean presence with Grant Thompson having an office in Turks & Caicos, Higgs & Johnson establishing itself in the Cayman Islands, and Lennox Patton opening a BVI office.

Bermuda stands out as a leading centre in the Caribbean for insurance work, with more insurance-linked fund managers than any other jurisdiction. The country has also become a key region for fintech companies with many funds investing in insurtech and blockchain technologies; funds are also expected to become increasingly active in the cannabis space following a recent decision to lift a regulatory ban on marijuana investment funds.
The EU’s unexpected decision to place Bermuda on the blacklist of global tax havens in March 2019 initially impacted the country’s reputation, however, further potential for stricter controls ultimately never fully materialised as the EU’s decision was reversed two months later. The global move towards transparency, stemming from incidents such as 2017’s Paradise Papers, has also led to regulatory changes including the new economic substance legislation implemented in early 2019. The act was introduced following the EU Council’s Code of Conduct business taxation resolution and requires businesses in certain industries to demonstrate adequate economic substance in Bermuda.

For the region’s international offshore firms, Appleby and Conyers have long been established in the market and have consistently received the most rankings in The Legal 500’s coverage, both in terms of overall number of rankings and the highest number of tier 1 rankings across practice areas. However, some suspect this consistent success (and potential complacency) has led to opportunities for other firms to enter the market and shake up the status quo. Walkers and, more recently, Carey Olsen have both set up bases in Hamilton in recent years (the latter making substantial hires in the last 12 months), making their mark in a traditionally stable offshore market.

At a local level, MJM, Wakefield Quin, and Cox Hallett Wilkinson are all in the mix, competing alongside the offshore firms for the highest number of overall Bermuda rankings. However, generational change and succession issues are increasingly impacting Bermudian firms including MJM, Cox Hallett Wilkinson, and ASW Law, although current outlooks seem positive.

British Virgin Islands The BVI is a key location for registering companies offshore, which in turn benefit from the jurisdiction’s tax benefits, user-friendly legal framework, and facilitative market for cross-border transactions. While the favourable tax and business approach to companies has not always played to the BVI’s favour (the majority of the companies exposed in the Panama Papers were registered in the BVI), the country is pushing away from its ‘secrecy jurisdiction’ label and demonstrating its commitment to transparency and compliance. Most recently, it has adopted the Economic Substance Act 2018, which was followed by a supplementary draft Economic Substance Code, published by the BVI International Tax Authority.

The jurisdiction also continues to weather the storm of Hurricane Irma (a topic covered in the April 2019 edition of fivehundred) with the tourism sector steadily recovering and rebuilding efforts fully underway. Although the impact of the hurricane on the legal market may have exacerbated the island’s ability to retain talent (BVI firms are increasingly having to turn to London for recruitment rounds), the legal market has also seen successes despite the disaster, with Collas Crill continuing to make notable investments into the islands following its merger with local firm Farara Kerins in 2017.

In the wider offshore market, Harneys, Walkers BVI, Conyers, Appleby, Ogier, and Maples Group all have a notable presence in the jurisdiction, with Harneys regularly leading the pack for overall firm rankings and tier 1 positions. On the local side, O’Neal Webster is the strongest domestic firm across the board, with a ranking in every practice area covered in our research. Other local firms of note include Price Demers & Co and Campbells.

Arguably one of the most stable markets in the Caribbean, the Cayman Islands is a leading jurisdiction for investment funds with nearly 11,000 funds registered with the Cayman Islands Monetary Authority, the main regulator for the jurisdiction’s financial services industry. Beyond that, the territory is increasingly prominent for digital technology and cryptocurrency work; the Cayman Islands Investment Group recently announced its plans for a cryptocurrency exchange. Outside of the financial services world, Cayman benefits from its position as a holiday destination, with the tourism sector being the other key pillar of its economy. The real estate market is also increasingly strong, with tourism driving further construction and developments.

Much like the other regions covered in The Legal 500, Cayman has been subject to the impact of the new economic substance laws, which became effective on 1 January 2019 and ensures the territory’s commitment to the EU and its position as a member of the Inclusive Framework on BEPS (OECD’s Base Erosion and Profit Sharing initiatives). In the context of The Legal 500 rankings, at an international level, Maples Group and Walkers remain dominant across the region with Appleby rounding out the top three in third place for the number of tier 1 rankings over the last five years; the three firms have been consistently evenly split for the number of rankings overall. 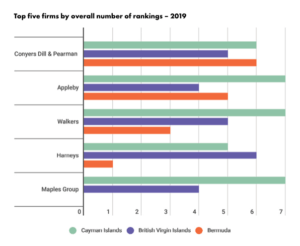 Traditionally, Campbells has the strongest local offering, while Stuarts Walker Hersant Humphries and Solomon Harris (now Bedell Cristin following its merger in mid-2019) follow closely behind. However, for real estate work, local firms Ritch & Connolly and Bodden & Bodden regularly stand out beating out the majority of local and international firms alike in the real estate rankings.