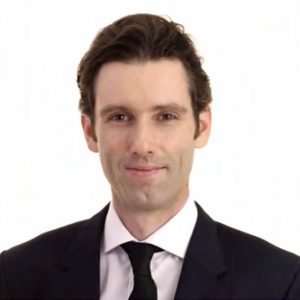 Stephen Fietta KC is the firm’s founder and principal. He is ranked by Chambers Global Directory as one of the world’s top public international law practitioners. He is included in The Legal 500 Hall of Fame as an individual who is “at the pinnacle of the profession” in Public International Law.

He has practised at the forefront of public international law, whether within government or private practice, for more than 20 years. He has advised on cases before the International Court of Justice (ICJ), International Tribunal for the Law of the Sea (ITLOS), European Court of Justice, European Court of Human Rights and multiple domestic courts. He has one of the world’s most prolific and longstanding practices in investment arbitration, having appeared in more than 30 pending and decided cases under the World Bank (ICSID), UNCITRAL and other rules.  He has won some of the largest or most notable investment arbitration awards over recent years.

Before establishing Fietta in 2015, Stephen co-founded the world’s first specialist public international law firm (Volterra Fietta) in 2011. Prior to that, he was a partner specialising in public international law at a leading US and global law firm. Both of those practices were top-ranked at the time. Stephen regularly manages large teams of lawyers (including co-counsel), experts and witnesses in multiple jurisdictions.

Stephen is a Visiting Senior Lecturer at King’s College, London. In January 2015, Stephen was awarded the Smit-Lowenfeld Prize by the International Arbitration Club of New York for the best article published globally in the field of international arbitration, entitled Public International Law, Investment Treaties and Commercial Arbitration: an emerging system of complementarity? Stephen has co-authored (with Dr Robin Cleverly) A Practitioners Guide to Maritime Delimitation, published in March 2016, which has subsequently been cited before both the ICJ and ITLOS.

Stephen is a Visiting Senior Lecturer at Kings College London, where he teaches the MA course “Geopolitics, Territory and Security”

Stephen has also lectured on various public international law topics on LLM and MSc courses at University College London (UCL), the London School of Economics (LSE) and University of Southampton