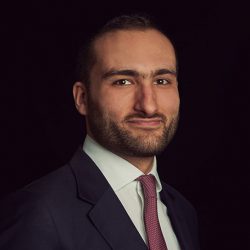 François has substantial experience in public international law and international dispute resolution, including ICSID, ICC, UNCITRAL and ad hoc arbitrations, and matters before the United Nations and the World Trade Organisation. He also has significant experience of litigation in the EU courts, both in the General Court and the Court of Justice, as well as the English courts, including the High Court, Court of Appeal and Supreme Court. He has also acted in other dispute resolution forums, such as the Advertising Standards Authority and the EU and UK Intellectual Property Offices.

Prior to joining Carter-Ruck, François worked for a leading international law firm. He has done pro bono work for the Varda Group, Just Fair, the Free Representation Unit, the Waterloo Legal Advice Service and Lawyers Without Borders, and has previously interned with UNESCO.

François completed a Masters in Mathematics and Philosophy at the University of Oxford (with First Class Honours), as well as the Graduate Diploma in Law and Legal Practice Course at BPP Law School in London (both with distinction). He also holds a Masters in International Law, Development and Globalisation at the School of Oriental and African Studies (SOAS), University of London (with distinction and best overall performance in his year).

François is a Solicitor-Advocate (Higher Courts Civil Proceedings) of England and Wales.