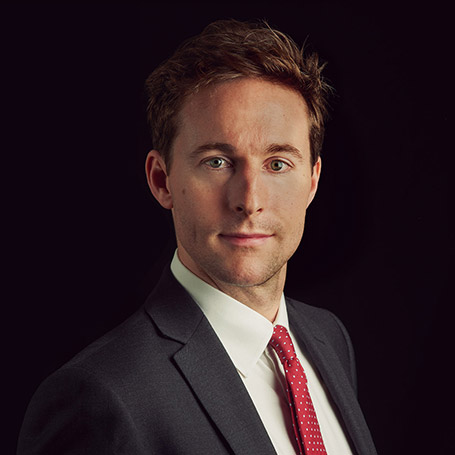 Charlie is a Senior Associate at Carter-Ruck.  He regularly advises on international law, commercial and media disputes. He maintains a leading practice in international sanctions, spanning international administrative and judicial challenges before various tribunals including the authorities and courts of the EU, the UK, the US and the UN.

Charlie maintains a pioneering sanctions practice, with his cases often testing new rules and legislation, and establishing important principles of law. He is highlighted as a recommended lawyer in the Legal 500, where he is also referred to as a “future superstar”.

As well as maintaining a strong public international law practice (most notably through his work on international sanctions) Charlie regularly advises on contractual, banking, company law, harassment, libel, privacy and wider media disputes (both pre- and post-publication); more often than not in an international and multi-jurisdictional context. His client base includes high-profile, celebrity, corporate and high and ultra-high net worth individuals.

Charlie’s views are often sought by media outlets as an authority on sanctions, and he has written widely on this topic and others.

Charlie’s qualities include great attention to detail, strategic and creative thinking and a highly sympathetic approach to clients and their specific concerns.

Prior to joining Carter-Ruck, Charlie worked for a magic circle law firm, spending time in its London and Hong Kong offices.