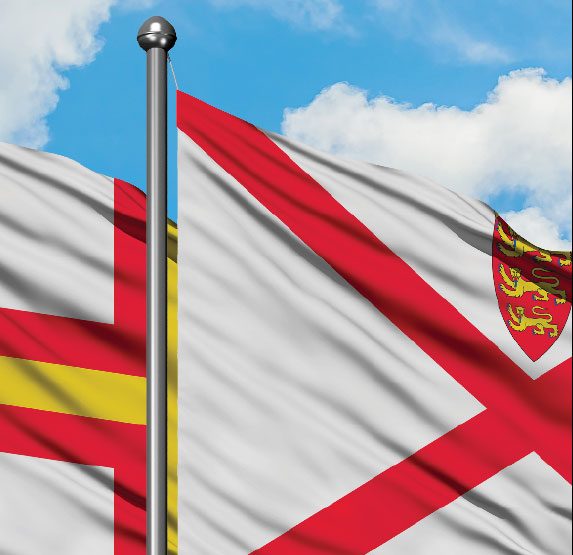 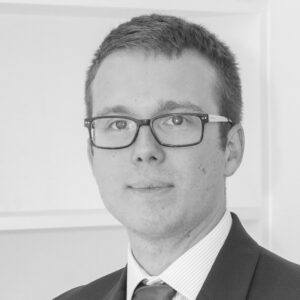 Although sharing elements of a common history, Jersey and Guernsey are two distinct jurisdictions, separated by 28km of water, with different legal systems and bar admissions. Due to their separate legal history – with a strong infusion of historic Norman law creating a few unique points compared to the law of England and Wales – the mechanism for qualifying as a Jersey or Guernsey advocate requires specific study, unlike admission in the Cayman Islands.

Notably, in litigation, there is no method for bringing in English counsel such as in the reasonably permissive BVI or even the more restrictive Isle of Man, which has a system of temporary advocates’ licences. The Bailiwick of Guernsey also includes the smaller partially self-governing islands of Alderney and Sark, the former an online gambling hub and the latter, while small, having some degree of economic activity.

Despite a friendly inter-island rivalry, the islands cooperate on several levels, with many businesses crossing both jurisdictions. Law firms are no exception, with the past ten years seeing a period of market consolidation that has created both inter-island and transatlantic offshore firms.

Many familiar names are hybrids of cross-island firms. Carey Olsen, the merger of Carey Langlois from Guernsey and Olsens from Jersey in 2003, fused a pair of firms with several tier one rankings. This created the first real pan-Channel Islands firm. Described in 2009 as having a strategy to ‘dominate the Channel Islands’ legal market, but not to open offices in other offshore centres’, it has now changed tack thanks to offices opened on the other side of the Atlantic, and the fact it is competing with, rather than being in a best friends alliance with, Maples and Calder.

The 2009 guide also saw Mourant du Feu & Jeune from Jersey combine with Ozannes in Guernsey, although Ozannes had a creditable Jersey practice in 2009 prior to the merger. Mourant Ozannes, too, now has a presence in the BVI and Cayman. Ogier, originally a Jersey firm which expanded into Guernsey, also now has offerings in the Caribbean and Luxembourg. These three firms dominate the market, with eight, seven, and six top-tier rankings in the 2020 guide in Jersey respectively. In Guernsey, Carey Olsen comes out on top with eight top-tier rankings, Mourant Ozannes has five, while Ogier is in tier two across the board, except in dispute resolution which has just one tier of rankings.

The leading lawyer rankings in Jersey, however, is more favourable to Ogier which, with 17 rankings, comes second only to Carey Olsen with 20, and ahead of Mourant which has 13. Ten years ago, Ogier led the way with nine leading individuals to Carey Olsen’s seven; this was prior to The Legal 500’s introduction of individual rankings for newer partners and non-partners. Mourant, however, is currently in second place with 18 rankings to Carey Olsen’s 24. Another merger of note created Collas Crill from Collas Day and Crill Canavan (Collas Crill has a Caribbean presence, having merged with CARD in the Cayman Islands in 2015 and Farara Kerins in the BVI in 2017). Another example of the reverse of the transatlantic merger phenomenon occurred when Bedell Cristin merged with Cayman firm Solomon Harris over 2018-19. However, Caribbean firms have been coming in the other direction, too, with Walkers – which merged with Crills in 2006 (the same year as Appleby merged with Bailhache Labesse) – absorbing AO Hall in 2016. 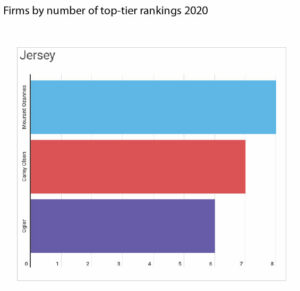 The above paints the picture of a healthy market, with more firms vying for position than in other offshore jurisdictions, such as the Isle of Man or Gibraltar, where the duopoly of Appleby and Cains in the former, and Hassans in the latter, are clearly the dominant forces in each market. In Guernsey, Babbé has historically been the island’s independent standard-bearer, although, unlike in past years, its only top-tier practice is its dispute resolution. 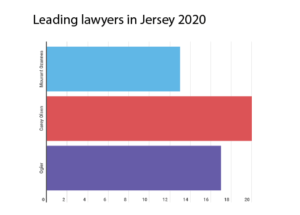 The big difference between Jersey and Guernsey is what can be found away from the big name offshore firms. Jersey has a much stronger range of independent one-island outfits. Many of these firms could be characterised as specialised boutiques, but many offer a strong service in some or all practice areas and good relations with the smaller cadre of independent Guernsey firms for inter-island work.

Baker & Partners in Jersey is the most prominent of these in The Legal 500 rankings thanks to its position as a top-tier litigation boutique, however, a number of other firms, such as Ward Yates and Dickinson Gleeson, have respectable offerings including dispute resolution and corporate/finance work. Indeed, with the largest population of the Crown Dependencies and British Overseas Territories, this may not be a surprise. Perhaps the only other example of a smaller, independent firm along these lines in Guernsey is Ferbrache & Farrell, formed by mostly ex-Mourant Ozannes lawyers back in 2016.

Suffice to say, whatever your needs, both islands have a wealth of well-connected global offshore and independent firms to choose from.