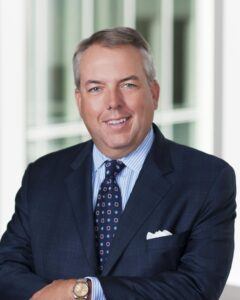 Who needs to be worried about antitrust and competition law?

We are keeping a close look on several industries and areas of increased enforcement. Here are four areas that we think are in play. First and foremost, high tech and healthcare will continue to top the list of antitrust enforcement priorities. We also see enforcement in public procurement as a priority. The Department of Justice (DOJ) has assembled a Strike Force to investigate collusion in public procurement, and there are many active investigations in this sector. We also see continuing enforcement in the labor market with investigations of “no poach” cases. Finally, the area I find most interesting is energy. In the last decade, the energy sector has thrived in the U.S. The U.S. is now exporting natural gas to the world. President Biden, however, ran on a platform of promoting clean energy. In terms of how this plays out in antitrust enforcement, I expect a major focus of antitrust oversight will be watching for any perceived efforts to thwart competition from renewable energy.

U.S. jurisdiction for antitrust offenses is broad. It is not boundless, but it is broad. As we live in a global economy, anticompetitive conduct originating in other countries can be prosecuted in the United States, if it has a foreseeable effect on U.S. commerce. So it is important to understand enforcement trends in the United States even if you never conduct business on U.S. soil.

Why is it now more of a concern in the US, is it simply that you have a new president?

A new president certainly changes the agenda for the country’s enforcement of antitrust laws. President Biden and his attorney general have made increased antitrust enforcement a priority. But it goes beyond just a change in the president. I love history, and I think about this in a historical context. The Sherman Act, our primary antitrust law, was enacted at a time of great populism in our country. There was a belief that large trusts and large companies were hurting American workers and the economy. In 2021, we are seeing a resurgence in populism in the U.S. from Democrats and Republicans with both sides converging on an agenda of increased antitrust enforcement. This is a significant change, as for the last 40 years, the political right has argued for business-friendly enforcement of antitrust laws. But now we are seeing movement away from this position. For example, Senator Hawley (R-MO) who is viewed as one of the leading voices on the right introduced a bill in the Senate this month in which he proposes sweeping antitrust reforms including banning mergers and acquisitions by companies with a market cap higher than $100 billion. This would be a radical change in our enforcement policies and priorities if enacted. Beyond the political changes, as a lawyer who defends companies and individuals in cartel matters, a constant concern about U.S. enforcement is that the laws can be prosecuted criminally. Even with the change in administrations, the one statistic that has held steady is the average prison sentence for an antitrust defendant, which has remained at 24 months.

Tell us about the U.S. Task Force?

In late 2019, the DOJ’s Antitrust Division (the “Division”), announced the new Procurement Collusion Strike Force. The Strike Force’s mission is to protect American taxpayers from the harm caused when competitors in an industry collude and conspire to rig bids, fix prices, or allocate markets for goods and services funded by tax dollars. Underlying this new initiative is, in part, the fact that a lot of money is at stake. The DOJ points out that U.S. government agencies spend more than $550 billion on procurement every year. The Strike Force’s efforts are not limited to enforcement of conduct involving federal procurement. They are also targeting wrong-doing at the state and local levels. We understand antitrust prosecutors reportedly have more than 100 open competition-related investigations, with more than one-third of those cases relating to public procurement or otherwise involving the federal government as a victim of antitrust crimes.

While you would think that these enforcement efforts would only be a U.S. domestic concern, that is not the case. The Strike Force has major impact outside of the U.S. as one of the priorities of the Strike Force is to investigate potential wrong-doing involving U.S. government procurements in other countries. By far the largest feather in the Division’s cap to date is the more than $350 million in criminal fines and civil penalties reaped from five oil refinery and transportation and logistics companies that pled guilty to rigging bids and fixing prices for contracts to supply fuel to U.S. military bases throughout South Korea.

At Vinson & Elkins, we are very fortunate that one of the original members of the Task Force, Zach Terwilliger who was a U.S. Attorney and senior level DOJ prosecutor, has recently joined us as a partner in our Washington, D.C. office.

Are there certain countries that need to be concerned?

With the global economy, any company doing business in the U.S. is subject to our antitrust laws. The DOJ publishes a list of the largest Sherman Act violations resulting in criminal fines and penalties. If you look at the top 10 companies on the list, only two are American-based companies. The remaining eight spots are held by companies based in the United Kingdom (2 companies), Japan (2), Taiwan (1), South Korean (1), Switzerland (1) and France (1). This list is very revealing because it demonstrates the international reach of the Sherman Act.

What do companies in the U.S. and around the world need to do to prepare?

The most obvious answer is for companies to have a world class compliance program. This is the best way a company can prepare for a U.S. government more focused on antitrust enforcement. We recently added a new partner to our San Francisco office, Mike Ward, who is a former federal prosecutor. Mike was a Chief Compliance Officer at a major Silicon Valley tech company and his practice is focused on helping companies develop strong compliance programs. From my discussions over the years with Antitrust regulators, there are a variety of factors they consider when evaluating the effectiveness of a compliance program. The most important one is “tone from the top.” It is critical to have CEOs not only talk about compliance, but also believe and embrace that compliance is critical to a company. You can have a great paper compliance program, but if senior leadership does not buy into the program, it is not worth very much.

Besides the big tech cases, what are the biggest types of antitrust cases to watch for right now?

I started off discussing my love for history and how the Sherman Act was the result of the populist movement against the trusts of the 19th century. One of the biggest trusts at the time was the railroads. More than a century later, one of the biggest cases in the country is a large case against the railroads. After years of consolidation, there are only four major railroads in the U.S. About 300 large shippers (including huge companies like Toyota, Constellation Energy, Anheuser-Busch, and Dow Chemical) are alleging that the railroads illegally conspired to impose fuel surcharges on the shippers. V&E is representing a large group of shippers in this litigation. The railroad recently lost a motion in which they tried to argue that their conduct was immune from the antitrust laws. The court will decide summary judgment motions on liability this year, and hopefully these cases will go to trial soon after that.

Keeping with the historic theme, over 30 years ago, my partner Harry Reasoner won a $1 billion jury verdict against a railroad for conspiring to prevent competition from a coal slurry pipeline. At the time, it was the largest Sherman Act verdict ever. We hope that our past success will carry over to the new round of cases against the railroads.

Craig Seebald is a partner in the Antitrust Group of Vinson & Elkins LLP and over a 30-year career has defended numerous companies in antitrust investigations. He is the managing partner of the firm’s Washington, D.C. office, and co-head of the firm’s Complex Commercial Litigation practice.