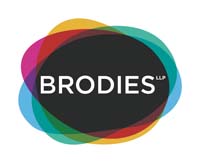 Lynne is accredited as a specialist in employment law by the Law Society of Scotland and is also an accredited mediator. She forges close working relationships with our team’s clients and her commercial and straight-talking approach is welcomed by them. She works with clients in various sectors across the public and private sector in Scotland and the UK including public transport providers, universities, government bodies, investment firms and banks.

Lynne advises on all stages of the employment relationship from recruitment, through to termination and beyond. Her work is split between dispute resolution through employment tribunals and on advisory and non-contentious employment law. Lynne advises on equalities issues, business change, transfers and redundancies, industrial action, executive hiring and exits, investigations. She particularly enjoys working with HR professionals to support them on complex HR issues.

Trained Brodies LLP; qualified 2000; spent one year of traineeship dedicated to the employment unit. She went on to spend a period of time working in-house at The Royal Bank of Scotland plc, and acted as the in-house employment adviser when the centralised Human Resources Advisory Centre was set up in December 2001. In that role she supported the HR function in providing advice, guidance and support on disciplinary matters, sickness absence and performance management, grievances and dignity at work issues for over 100,000 staff across The Royal Bank of Scotland Group. She became a partner in May 2008. Lynne is accredited as a specialist is employment law by the Law Society of Scotland. She is a member of the Employment Lawyers Association. Lynne is also a lay member of the University of Stirling Court and is involved in a number of its committees including the discipline and appeals, appointments, remuneration, court efficacy and governance committees.

Brodies LLP stands out for its oil and gas sector work – due not least to its strong presence in Aberdeen – as well as its expertise in the financial and public sectors. While its advisory work spans the full spectrum of employment law, including transactional matters, the team has recently been particularly active in the contentious space. Team head and litigator Tony Hadden

and Lynne Marr are among the key contacts for this. Recent work includes court and employment tribunal proceedings pertaining to discrimination and unfair dismissal claims, internal investigations and advice on proposed industrial actions. Joan Cradden

is another key contact who is routinely called upon to handle executive hires and exits, among other issues.

At Brodies LLP, the market leading education practice is frequently instructed by leading universities in Scotland on several employment, governance and regulatory issues, including serious misconduct and sensitive student matters. Jointly managed by Brenda Scott and Niall McLean who is active in contentious work, the team is also well placed to handle immigration related education mandates and construction related disputes, underpinned by its strong dispute resolution group. Lynne Marr is the key contact for employment law for higher education and independent schools. The team regularly works with its government and regulation practice groups.

Brodies LLP maintains a stellar track record in the not-for-profit space acting for an impressive roster of Scottish and UK charities, including Turning Point Scotland, and the Scottish Charity Regulator. The full-service group which has an extensive geographical reach across key cities in Scotland, is jointly managed by experienced charities law practitioner Kenneth Pinkerton, who was elevated to the partnership this year, Brenda Scott and Eric Galbraith in Glasgow. Contentious issues are dealt with by litigator Christine O’Neill. Also in the core team is Martin Sloan who advises on data protection matters, and employment lawyer Lynne Marr. The group holds various higher education institutions and local governments as key clients.