‘Becoming an in-house lawyer has not traditionally been a desirable career path for Asia’s top graduates,’ says Amy Ng, general counsel (GC) for the Asia-Pacific region at global real estate company CBRE. ‘But we are seeing a lot of change now in the number of people leaving private practice to work for a business.’

According to figures from the Singapore Corporate Counsel Association (SCCA), the 2,000 or so in-house lawyers employed now represent nearly a third of all practising lawyers in the city state. John Lee, GC for Asia at Macquarie Infrastructure and Real Assets, says he has seen a big shift in the mentality of Singapore’s legal graduates. ‘The in-house role is becoming a viable career path now, particularly for nationals who are Singapore-qualified. Companies tend to look after their lawyers here and there is a growing respect for corporate counsel. It’s more difficult for international counsel, because there are not many Singapore-based GC roles that cover the region, which places a lot of limitations on international counsel who want to move up the tree.’

‘In Asia there are so many jurisdictions. Knowing what you don’t know is more important than knowing the detail of the contract.’
John Lee, Macquarie

This increase in supply is, in large part, responsible for the surge in the growth of in-house teams. But while the number of lawyers employed in-house may be rising across the region, it is from a low base. From a UK or US perspective, the baseline numbers are startlingly low.

In the early 1980s there were just a few hundred lawyers of any description practising in China. By 2011, there were around 200,000 licensed lawyers. The number working in-house, however, represents only a small fraction of the total. The new category of corporate lawyer was introduced by the Chinese regulators in 2003 when, following China’s 2001 accession to the World Trade Organization, it became clear that its companies would need to employ lawyers capable of advising on cross-border financing, IPOs and international litigation. Figures from the Chinese Ministry of Justice show that, as of 2009, China’s 250 largest companies employed around 1,200 ‘corporate lawyers’. There were also around 90,000 ‘enterprise legal advisers’, though only a third of these held formal legal qualifications.

The statistics on the in-house profession in Japan are even more surprising. Figures from the Japan In-House Lawyers Association show that the country had fewer than 200 in-house lawyers at the start of 2007. It now lists over 1,200 practising members – a significant increase, but tiny for a $4.9trn economy.

According to Mari Sako, professor of management studies at the University of Oxford’s Saïd Business School, this rise is the result of cultural differences that may surprise those outside Japan. ‘Traditionally, the head of the legal department of the top Nikkei-quoted companies is not a qualified lawyer. Of course they will be a graduate of a top legal school, but all their post-university legal experience has been acquired within the company.’

Sako, who is currently undertaking a major research project looking at the role of GCs in Japan, says the situation is now changing as a result of both supply-side and demand-side pressures.

On the demand side, internationalisation and the need for tighter risk management mean that, as Sako puts it, ‘some corporations have realised it might be a good idea to have in-house lawyers rather than relying on external counsel’.

On the supply side, Sako points to reforms in Japanese legal education that have led to an increase in the numbers admitted to the Bar. The rising number of graduates, says Sako, has led to ‘so-called excess supply, which is not excess supply at all from a UK or US perspective, but it is certainly perceived that way in Japan. As a result, the jobs legal graduates aspire to, which is typically to become a judge, are no longer a viable career path for everyone.’

According to Macquarie’s Lee, who has worked in Asia for more than 20 years, the relatively small community of in-house lawyers in developed legal markets like Singapore and Hong Kong means there tends to be less of an emphasis on broader skills.

‘Leadership is really important at Macquarie, but there’s truthfully not as much focus on it in the GC community as you’d see elsewhere because it’s still a fairly close-knit group. That means younger lawyers who want to progress tend to care more about meeting the right people than about demonstrating they can take a step outside the law.’

Besides which, in a region where GCs are expected to deal with such a wide range of languages, cultures and laws, leading a legal function tends to mean something quite different. As Singapore-based Arijit Chakraborty, chief legal and compliance officer at insurer and financial services provider Manulife, observes: ‘At the core of being a successful GC in this region is learning that it takes time to understand how it works. You can’t be a leader if you rush the process because you’ll make mistakes, and mistakes can be costly. India, the Philippines, China, Singapore are all very different, and building up that cultural awareness takes time. It’s not something you can train for, which makes it slightly different from a more harmonised legal culture.’

Lee agrees: ‘If you’re a lawyer in London then you can be quite technical because the laws you’re used to dealing with are more or less the same across the EU. But in Asia there are so many jurisdictions – and each one is completely different – that knowing what you don’t know is more important than knowing the detail of the underlying contract.’

Alex Wiseman, head of Asia at legal recruiter Taylor Root, says the need for tactics to cope with cultural diversity is one of the most essential skills of an Asia-based GC. ‘To succeed in the GC role in a large multinational based in Asia you need to travel a lot and put in a lot of face-to-face meetings. Cultural adaptability is more important than technical skills here. If you walk into a board meeting in Jakarta and treat people as you would in the UK then it won’t wash.’

This cultural diversity, says Wiseman, is one reason why legal teams in Asia have tended to remain small and rely on outsourcing to local counsel. However, the model is now changing and, with larger teams, a second essential skill GCs need to show is an eye for recruitment: ‘There is a growing pressure to grow legal teams in the region and finding the right people in each country is one of the core competencies of the senior legal role.’ 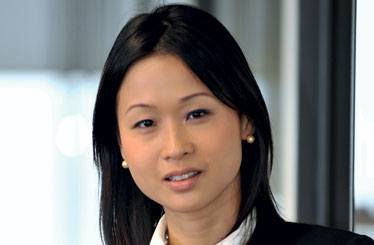 ‘We are seeing a lot of change now in the number of people leaving private practice to work for a business.’

According to Albert Wang, GC for Asia-Pacific at 3M, the need for leadership skills in-house in Asia will change as businesses across the region rethink their relationship with legal. ‘Historically, our clients would gravitate towards reactive advice – “I’m in a crisis and I need some help” – but it’s slowly changing and my team has made a conscious shift to address the question: “What does it mean to be a great lawyer?” We need to be on top of the trends that are likely to affect the company in the region and to do that we need to stop thinking as lawyers and use metrics that reflect the business’s metrics. It’s a big change in the way legal advice is delivered in this region.’

Chakraborty agrees. ‘Leadership here is taking an informed legal stance on when you can or can’t take risk. That is relatively unusual for the “traditional” mindset one used to encounter here, but I can see that with each passing week it is becoming an expectation. We are not simply asked to tell the company what the law says but to lead it to a decision that is good for business. And if you ask me in 20 years’ time, I would probably no longer recognise the in-house team as a group of lawyers.’

For the full report please see Leadership and the modern GC: a special report