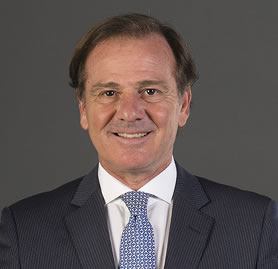 What impact do you expect the upcoming elections in Angola to have on the market?

In general terms, we do not expect a major market impact related to the upcoming elections.

The Angolan economy continues to open up to the world, presenting great advantages for foreign investors, especially in what concerns non-oil related sectors, since the authorities have a great interest in the diversification of the economy and in ending the strong dependence of the state budget on oil. Regardless of what happens before and after the elections, these guidelines will not be changed in any way.

The Angolan economy grew 0.7 percent in 2021 and the IMF forecasts that this year, in which presidential elections are held, GDP will rise 2.9 percent, which is an extraordinary prospect for the country after five years of recession.

Your firm is part of the DLA Piper network. What benefits does this association bring to your practice?

DLA Piper is a global law firm present in over 40 countries in the Americas, Europe, the Middle East, Africa and Asia, enabling us to respond to the legal needs of clients around the world.

On the other hand, DLA Piper has an excellent training programme and is committed to the knowledge and technical quality of its lawyers, which allows us, in addition to our own in-house ADCA training, to have access to a very wide range of knowledge that we always keep up to date.

What can law firms in Angola do to attract and retain international clients?

It is necessary to know how to provide an international standard service with a deep knowledge of the law and the national context. It is necessary to explain the local specificities to international clients and show the appropriate business environment. All this is only possible with great legal and technical knowledge, in order to provide the best legal comfort to the clients.

What do international companies operating in, or looking to invest in, Angola require from their legal counsel?

International companies operating or about to operate in Angola require a law firm that offers a full service to assist them in setting up in the country, not only by incorporating companies, hiring employees, obtaining visas, recruiting directors and obtaining licenses, but also to support the execution of investment projects and permanent legal advice to the subsidiaries.

What are the biggest challenges facing the Angola legal market in the next 12 months?

Oil & Gas continues to be an attraction in terms of investment. What attracts investors to the Angolan market are not only the proven reserves of over 8.2 billion barrels of oil, but also the decades of industry experience and ongoing exploration campaigns that generate increasing global attention.

However, despite being a major oil producer, Angola still has a small refining capacity and imports about 80% of the refined products. The government and Sonangol are now refocusing attention on the downstream sector, with plans to expand the Luanda Refinery and build three new refineries, in Lobito, Cabinda and Soyo. Angola aims to have a refining capacity of 400,000 barrels per day, enough to supply the domestic market as well as export to regional markets.

On the other hand, the Angolan government is turning to natural gas to diversify the energy matrix and facilitate a transition to cleaner fuel sources, increasing spending in this area, with a greater focus on solar energy projects.

The country has 11 billion cubic feet of proven natural gas reserves and, with the right policies and proper investments, can benefit significantly from the energy transition.

In an attempt to monetize resources and drive socio-economic growth, the government has directed the focus to “gas to power” (turning gas into electricity) and associated “downstream” infrastructure.

There is also a strong focus on the agriculture and food industry, not only to create jobs, but also to increase domestic production capacity and the supply of domestic products.

In my understanding there is great potential for growth in the fishing, water and agriculture sectors.

With a privileged geographical location and a coastline of about 1,650 km, the Angolan coastline is rich in fish, mollusks and crustaceans. It is possible to find a great diversity of species characteristic of cold waters and also of warm tropical waters, respectively in the province of Namibe and the coast of Benguela. The main commercial marine fish stocks available in Angola indicate an exploitable potential of 360,000 tons.

Given the potential of the sector and taking into account that the domestic demand for fish has grown in recent years, partly due to population growth of around 4% per year, it is seen as a priority of the Angolan state and may contribute to the desired diversification of the national economy. Besides the traditional fish, there are several opportunities in the salt industry and in the construction of infrastructure to support the sector in general.

Water is an especially sensitive issue, as many Angolans do not have access to clean drinking water, due to the fact that access infrastructure has been destroyed in recent decades. For this reason, the water sector is a priority investment sector for Angola. The state is committed to investing in the development and improvement of access and supply of the resource. In this sense, the current state of the sector opens a series of opportunities for the investor who wishes to become involved in Angolan water development projects.

Agricultural production has been one of Angola’s biggest bets in recent years. In 2020 the agricultural sector has already shown a positive growth of about 5%. Even with the constraints caused by the Covid-19 pandemic, the Angolan government continues to develop initiatives to increase investments in agriculture. Privatizations, rural extension programs and concessionary financing for rural and agribusiness operators have been developed, with subsidized interest rates for loans granted to the private sector. The Angolan government has announced that it intends to decrease, by about half, the country’s imports by 2022. The decrease in imports should be compensated by an increase in national production. Tax and exchange incentives are planned for the diversification of exports and support for the promotion of industries considered a priority for Angola, including agriculture.

These measures are included in the Production Support and Export Diversification and Import Substitution Program, which aims to improve the functioning of exporter support services, the country’s competitiveness and to promote the substitution of imports by national production not only in agriculture, but also in areas such as livestock, fisheries, industry, health, training and education.

Do you consider sustainability credentials important to your firm’s business?

I would describe our firm as a “responsible business”.

As a responsible firm, ADCA incorporates not only the interests of its internal lawyers, but also those of external stakeholders, most notably the Angolan people.

Have ESG considerations prompted you to re-evaluate the service you provide?

Environmental, Social and Corporate Governance criteria are at the core of DLA PIPER’s strategy. We are committed to focusing on the welfare of our people, monitoring the social impact generated by our activity and supporting our clients.

We have as one of our main objectives to seek the best solutions to mitigate the impact of our activity and on the balance of the lives of the people who make our law firm. We want to proactively contribute to the resolution of social and environmental problems.

Where do you feel your clients need the most legal support in the next 12 months?

In the last three years, the trend in imports has been downward and results not only from increased domestic production capacity resulting from investments in the productive sector, but also from a combination of economic factors such as measures in the foreign exchange market and policies to support domestic industry.

In general terms, the economic impacts of the implemented projects are positive, there are even clear signs of a focus on national production with a growing trend of investments in the manufacturing industry with emphasis on agriculture, food processing, trade, and even in the services sector.

The diversification of the economy requires a bet on this type of investment, therefore, for the near future, the government’s efforts are focused on attracting and attract investments for agriculture (production of cereals, oilseeds, legumes), investments directed at certain links in identified productive chains such as the textile industry (production of raw materials), industry, fisheries, and mining.

On the other hand, under the terms of the Privatization Program, there will be a strong increase in the number of Angolan State assets that will be privatized. This includes very relevant assets in the sectors of banking, insurance, hotel and tourism, industry, telecommunications, oil, etc.

The Angolan government intends to partially privatize (up to 30% of the share capital) Sonangol – the state-owned oil company – considered the crown jewel. Will be privatized through stock market. According to estimates presented by the government, the stock market dispersion of 30% of the Angolan state-owned oil company’s capital can earn the State between 5 and 7 billion euros.

In this scenario, we expect, in terms of legal services, that there will be greater demand in the practice areas related to public procurement, corporate, mergers and acquisitions, restructuring, finance and projects, energy and infrastructure.

What does innovation mean to you? Can you tell us about any specific innovation initiatives at your firm?

The model of the traditional lawyer is disappearing, and the current pandemic crisis has further highlighted the need to reflect on the future of the profession and, consequently, to seek a model of education that can train lawyers to face a new environment. Just with the confinement, teleworking, for example, has revolutionized the modus operandi of the lawyer, whose presence was a sine qua non requisite. Now, we can prove that it has not and, although face-to-face work is gradually making a comeback, it is clear that teleworking policies are here to stay and make our rigid labour structures much more flexible.

What technological changes have you implemented at your firm to improve the legal services you provide to your clients?

For me innovation should be understood not only as the introduction of new ideas, but also as the management of technology and digital tools.

One of the main innovations in the legal practice, apart from artificial intelligence, is the constant updating of legal software. Through legal software, our lawyers have the entire office in the palm of their hand, either through their PC or smartphone. The aim is to optimise day-to-day activities, such as storing procedural and client information, monitoring actions, etc.