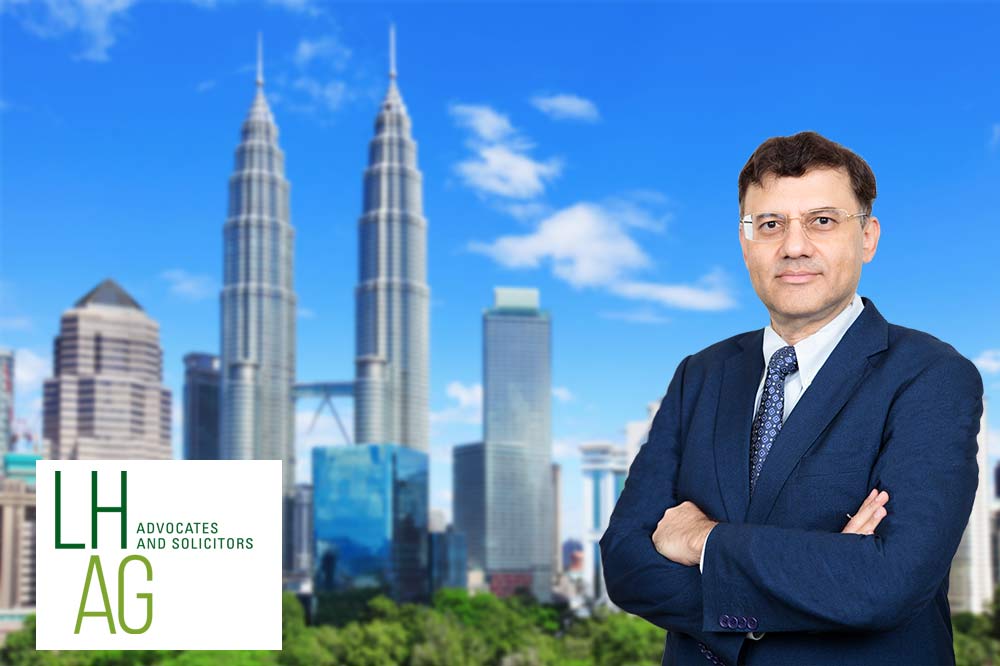 Nitin is the Head of the Firm’s International Arbitration Practice and the Tax, SST & Customs Practice. Nitin’s main area of practice is in international arbitration, focusing on oil & gas, energy, construction and engineering, and infrastructure projects. Nitin also specialises in income tax and customs litigation and disputes.

Nitin has acted as counsel or sat as arbitrator in disputes arising from projects in or arbitrations seated in Malaysia, Singapore, Korea, London, Switzerland, Vietnam, United Arab Emirates, Sudan, Paris and Algeria under ad hoc and institutional rules such as AIAC, ICC, SIAC, and LCIA rules. Nitin has also acted as counsel in benchmark income tax disputes on major points of tax law.

He has been consistently ranked by Chambers & Partners as a leading lawyer (Band 1 from 2013-2020) who is very polished and sought-after, and by Asia Pacific Legal 500 as a leading dispute resolution, and real estate and construction lawyer who is very highly regarded for construction disputes. Most recently, Nitin has been recognized as an Elite Practitioner by Asialaw 2020.

How has your role / involvement in client facing work changed since becoming managing partner/setting up your firm?

Over my 35 years of practice, the primary focus of my role has certainly shifted. Client relations have become far more important than they were before. A significant part of my work now revolves around maintaining existing client relationships and creating new ones.

In terms of legal work, I am a dispute resolution lawyer. In addition to appearing as counsels at all hearings, my role is more supervisory and strategic, with most of the initial “grunt” work being delegated to a highly motivated and capable team of younger partners and associates.

I am concerned that many of the tasks currently performed by lawyers could in the near future be replaced by emerging AI technologies. It is therefore crucial for younger lawyers to adapt and upskill in a manner that allows them to focus on those aspects of practice which are more difficult for AI to replace. In particular, I believe that law will remain a “people profession” at its core, and clients will always have a need for trusted (human) legal advisors. In the future, the most successful lawyers will be those with strong EQ skills, combined with the ability to think laterally to provide legal solutions, rather than merely regurgitating the law.

What are the biggest challenges facing firms in Asia Pacific and specifically the market in which you operate in?

In the latter half of the 20th century, newly independent countries continued to follow trade patterns established in the middle of the century. Malaysia’s biggest trade partners and investors were the US, Europe, and Japan, with its immediate neighbors Indonesia and Thailand being less important. In this century however, intra-Asia Pacific trade will become increasingly important, a trend accentuated by the significant opportunities created by China’s Belt and Road Initiative (“BRI”).

The significant challenge for Asian law firms will lie in the ability to re-engineer ourselves to operate efficiently across borders, in order to compete with the large Anglo-American law firms. Critically, this will involve gaining a greater appreciation of the differing legal systems and cultural nuances across the region. Monocultural law firms will have to learn how to create and maintain strong cross border alliances if they are to thrive.

The global pandemic has clearly changed the way in which organizations tend to operate. What impact has this had on your clients and your approach to advising clients?

It is a truism that the global pandemic has forced all businesses to accelerate existing trends driving new methods of working, communicating and collaborating. Antediluvian senior practitioners like myself, in positions of authority, have had to embrace the unfamiliar world of technology in order to properly service clients.

The legal profession is by its nature conservative and resistant to change.  A lawyer from the 1970s would not see much difference in the workplace of 2019, except perhaps computers on every desk. She would recognise the piles of dusty files and mounds of paperwork. The enforced lockdowns and working from home have compelled lawyers to migrate from dependence on the physical, to acceptance of the virtual (for example, in documents, meetings and hearings). A paperless office – indeed, the idea of not having a permanent office at all – no longer seems like a mere pipe dream.

The process in Malaysia is being accelerated by initiatives implemented by the new Chief Justice to make courts paperless. All cause papers, submissions and authorities in the appeal courts must now be filed online only, with hearings during lockdowns being conducted entirely online. This commendable initiative will compel litigation lawyers, traditionally averse to virtual environments, to also move towards a paperless future.

The Government has had to issue guidelines, directives and rulings at short notice, to respond to the rapidly changing exigencies caused by the pandemic. Because regulations, standard operating procedures, and guidelines on the pandemic are promulgated online (often at short notice, through a variety of media, and not always with absolute clarity), we have had to rapidly disseminate our advice to clients through a variety of virtual media (including the now ubiquitous Zoom webinars).

What do you do differently from other firms? What do you think separates you from your competitors?

As one of Malaysia’s largest law firms providing personalised legal representation since 1902, our long heritage assures clients that they are in the capable hands of experienced legal practitioners.

Additionally, we have advised or led on contentious and non-contentious matters in jurisdictions outside of Malaysia or requiring foreign law advice.  As the only firm in the country to be selected as a member of Multilaw and Interlaw, each of which is an international network of prominent independent law firms, we have access to lawyers in more than 150 cities worldwide.

Clients no longer resort to lawyers to seek purely legal advice. Those times have long passed. Instead, it is now common for clients to expect their lawyers to provide strategic, practical direction on the issues they face and ways they can propel their businesses to greater success.

We expect continued strong demand in the Malaysian market, coupled with increased regional opportunities driven by BRI related projects. A sharp economic rebound is expected, once the pandemic is brought under control. The future looks bright. To quote Lord Birkenhead, I believe that for lawyers “… [t]he world continues to offer glittering prizes to those who have stout hearts and sharp swords”.