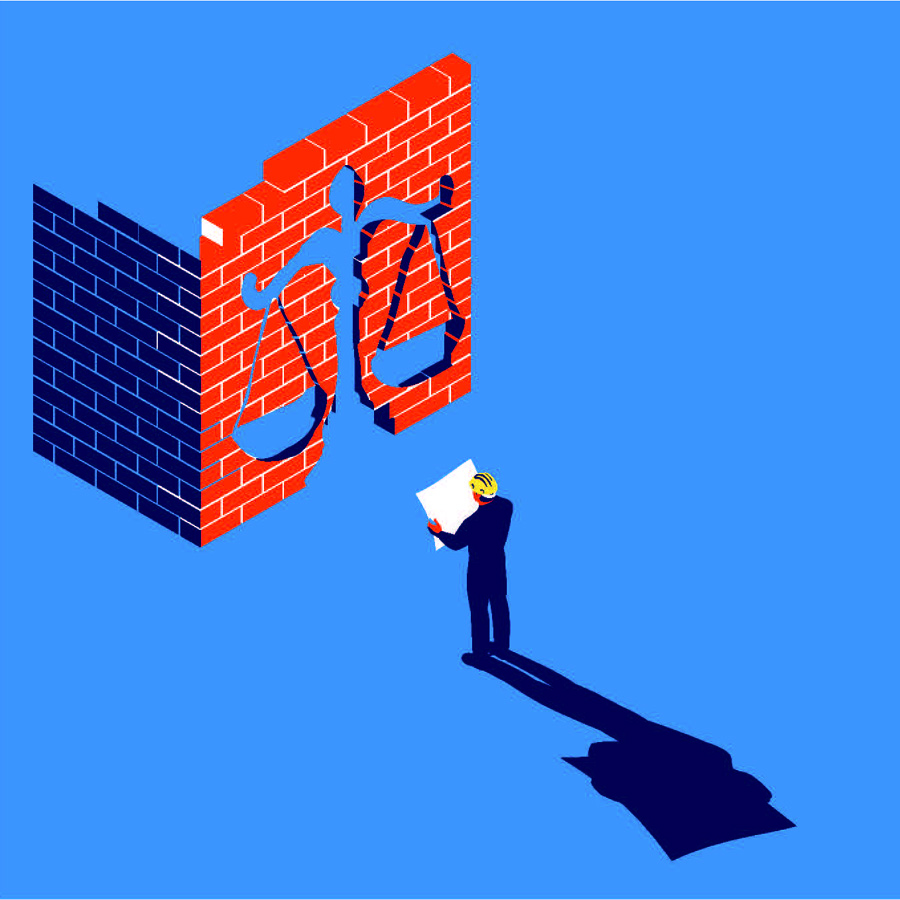 fivehundred magazine > Editors' views > Where are all the construction lawyers?

On 7 August 2018, Australia’s population surpassed the 25 million mark, but as the populace increases so does the need for modern infrastructure. Current traffic volumes exceed the capacity of outdated and decades old railways, bridges, tunnels, ports and metro systems. Australians in urban areas agree that on most days, provided everything goes well, ‘it just works’.

Infrastructure Australia, the government body that prioritises nationally significant infrastructure, has identified close to 100 projects – to be completed over the next 30 years – which it considers to be imperative to ease the growing pressures on existing transport links. Sources of legal work currently keeping lawyers busy include the $11bn Melbourne metro tunnel project, and the long-awaited airport rail link (funding promises range from $5-10bn); the $16.8bn WestConnex motorway (delivered in three stages until 2023), which is the biggest infrastructure project in Sydney since the Harbor Bridge was built; and the $10bn Bruce highway upgrade – the largest road infrastructure programme Queensland has ever seen.

These multi-billion-dollar projects are a priority for both federal and state governments, and many are well underway. However, given the predicted population growth, the infrastructure projects currently under construction will provide insufficient capacity already by the time they are completed.

Construction and projects lawyers are therefore busier than ever, and will continue to be so for the foreseeable future. Too busy, some might say, as teams are beginning to stretch at the seams. While law firms are the beneficiaries of this welcome infrastructure investment trend, they are also grappling with the consequences.

Many firms are desperate for lateral hires, but in a busy market hardly anyone is seeking opportunities elsewhere. As one partner tells me, ‘we are perpetually recruiting at senior level, but other firms simply offer more money because they are so stretched’. Conversely, while resources within some firms are scarce, others say that the sheer abundance of interesting work plays in their favour, as one partner remarks: ‘We are able to attract talent because the market is booming.’

Arguably there has never been a better time to be construction lawyer in Australia, but many more specialists are needed – and the deep pockets to attract them. Those firms that are feeling the pinch in terms of staffing have become more discerning in which mandates to pursue. ‘We are very careful in where we tender, always keeping in mind our future availability,’ admits one partner.

However, others raise concerns about the pipeline of work, or of not being able to fully service current clients’ needs. One solution is to relocate lawyers from other jurisdictions, such as Hong Kong, but this option is simply not available to domestic firms. Australia’s roads, railways and airports are not the only structures operating at peak capacity: hospitals and prisons are being either constructed or extended. However, the sheer number of projects undertaken at the same time means the pool of available contractors is small, while the size of each individual project increases.

As an example, the new $2.3bn Royal Adelaide Hospital, the most expensive building ever constructed in Australia, opened a year and a half late and $640m over budget. And claim figures keep increasing, simply because of the enormous size and complexity of many of these projects. Offering a prediction of what the future holds, one partner says: ‘Clients are now procuring so much in such a limited time frame, which means some things are not priced properly and quality issues can arise.

The volume of backend work will rise sharply over the next year.’ Indeed, many of the construction and projects lawyers I spoke to agree there is a strong pipeline of work for at least the next five to ten years.

This means the present challenges faced won’t go away and solutions will need to be found sooner rather than later. Failure to do so will have an impact for years to come, not only on firms, but potentially on their clients as well.