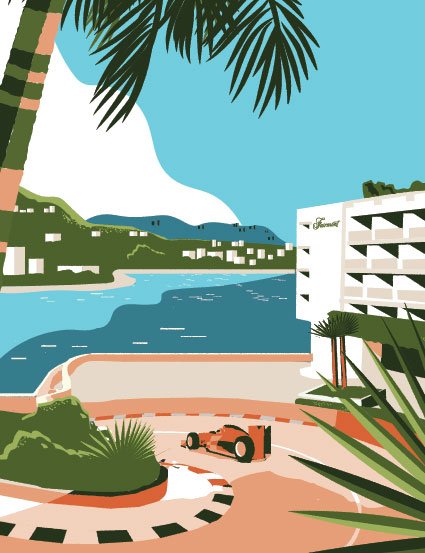 The Principality of Monaco is well known for the extravagant lifestyle of its high rollers; for the super-yachts that line the marina; the low tax rates; the Grand Prix (the street race, arguably, the most glamorous on the circuit); as the home of numerous high-flying residents; and, more recently, for The Legal 500’s coverage of the jurisdiction. Alright, I’m stretching, it’s more well-known as the home of Lewis Hamilton than it is for the law firm rankings. However, what is true is that we certainly didn’t take a gamble when we decided to introduce a Monaco chapter to the EMEA guide back in 2015, with firms keen to submit to the newly introduced commercial, corporate and M&A, and private client practice areas.

Monaco’s close ties with France, the country’s status as a ‘third country’ with the EU, and its membership of the Eurozone – it adopted the euro in 2002 – combined with its low tax rates have contributed to the sovereign state’s thriving financial services sector. A heavily regulated industry, banking activities in Monaco are frequently subject to, and authorised by, French banking regulations. The country’s banking activity is licensed by the French Prudential Control and Resolution Authority, which controls the activities of banks and insurance companies. Furthermore, Monaco also has a Monetary Agreement in place with the EU which ensures that the regulatory environment remains consistent with that of EU member states. One direct impact of the Monetary Agreement saw Monaco introduce further measures to tackle anti-money laundering and counter-terrorist financing, which came into force in July 2018. Of note was the introduction of an anonymous whistle-blower system that allows employees to report anti-money laundering breaches, as well as the introduction of new administrative penalties and criminal offences that are applicable to both senior executives and entities. Ultimately, these measures have provided a green light to creating a more secure and attractive banking environment.

Away from the banking industry, it is also a particularly exciting time in the country’s real estate sector, with the Portier Cove development impressive in both its scope and ambition. Land is particularly scarce in Monaco and, as a result, the country has been forced to be innovative and inventive in its approach to tackling this. The Portier Cove development is a $2.4bn land reclamation project which will see the seabed dredged and the land filled with imported sand before construction work begins on a new development. The completion date has been set for 2025 and will see the creation of residential and public space on what is currently the Mediterranean Sea. Residential space remains at a premium as Monaco continues to be a popular destination for jet setters drawn to the sun, opulent lifestyle, and the (equally sexy) lack of a personal income tax levied on residents – a major draw if you back yourself to clean up in the casinos of Monte Carlo.

Ayrton Senna is ubiquitous with the Monaco circuit due to his record of six race victories – the most of any F1 driver. This outright dominance is not seen in the Monaco legal market, perhaps inevitably due to its size and the number of practice areas, with a number of firms across the paddock all heavyweights in the market.

Unsurprisingly for a country considered a tax haven, the work featured in firms’ private client submissions has tended to focus on wealth management, succession planning, asset protection, and related contentious matters, with firms acting for the ultra-high-net-worth individuals that reside in the sovereign state. Reflective of the fact that a high proportion of Monaco’s residents tend to be foreign-born, practitioners in this area include those who are English, French, and US qualified.

CMS Pasquier Ciulla Marquet & Pastor and Gordon S. Blair Law Offices have sat at the top of the private client leader board since the introduction of the Monaco chapter in 2015. With a focus equivalent to the Formula One World Constructors' Championship – meaning the elite law firms in a rankings context – over the first few years following the introduction of the chapter, it was not until 2018 that we first introduced individual rankings. We recognised only two leading individuals in the inaugural private client leading individual ranking before expanding this significantly in 2019 with eight individuals now featured. We are yet to identify the bright, young prospects in the private client market and, at the moment, do not have any next generation lawyers (NGLs) for this practice area.

The situation only improves marginally when we also consider the commercial, corporate, and M&A ranking, with just one individual identified as an NGL in this area. This largely seems to be representative of the senior status of many of the lawyers in the market, with the vast majority well-established practitioners with considerable experience in the Monégasque market and, frequently, other jurisdictions. With succession planning an issue for all firms, regardless of size or location, it will be interesting to see which stars begin to emerge on the rankings grid in the years to come. n