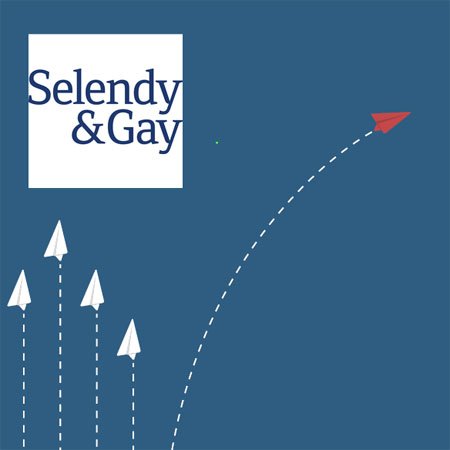 The result: Selendy & Gay, a powerhouse litigation firm which opened its doors in February 2018, and today is one of the only elite, majority women-owned firms in the United States. In announcing its launch, the firm vowed to deploy diverse critical thinking to transform ‘the most challenging litigation scenarios into net positives’ for its clients.

Helen Donegan, US editor (content) at The Legal 500, spoke with Selendy & Gay as it nears its second anniversary to learn how it’s building a next generation firm focused on diversity, inclusivity, and excellence.

‘We wanted to work someplace that looks like us’

Perhaps one of the biggest differentiators for Selendy & Gay is the diversity of its lawyers, particularly in positions of power. Founding partner Faith Gay explained that, when conceiving the firm, she and her co-founders wanted an egalitarian climate where everyone could have a voice. ‘We wanted to work someplace that looks like us. The world is diverse. Clients and jury pools are diverse. We recognised there was a real opportunity to reimagine how law firms work, and to bring about the best possible result we would need to draw from a diverse set of minds and experiences.’

Its strong number of female lawyers, especially at the equity partner level – where firms are typically deficient – is something the firm is particularly proud of. ‘It sends a message to our clients and the market when our large cases are led and won by all-woman teams. You just don’t see that elsewhere,’ said Jennifer Selendy, co-managing partner. ‘But it happens here – regularly.’

In addition to its majority female equity partnership, Selendy & Gay also boasts diversity in LGBTQ lawyers (21% of attorneys), as well as in associates who identify as persons of colour (over 30%).

David Flugman, a partner and leader of the firm’s diversity and inclusion efforts, believes workplaces that promote an unfettered exchange of perspectives enjoy a competitive edge. ‘Organisations that foster cultures of open sharing are better innovators and problem solvers. It is equally important for individuals to feel they can safely communicate who they are. For instance, many people at our firm are openly “out” as LGBTQ. They know they don’t have to censor parts of themselves, which in turn signals to others that they can also freely express themselves without fear that doing so might hinder them in some way,’ he said.

This open culture also allows the firm to go beyond the expected. Like many organisations, Selendy & Gay organised an event in 2019 to commemorate WorldPride and the 50th anniversary of the Stonewall riots. Unlike other firms, Selendy & Gay’s celebration included a special performance by Aquaria, the season 10 winner of RuPaul’s Drag Race, demonstrating its appreciation for cultures that have not historically been represented in the workplace.

The firm’s commitment to diversity and inclusion also includes partnering with outside organisations that share similar values. The firm’s attorneys have collaborated with the National Center for Lesbian Rights, the American Immigration Representation Project, Equal Justice Works and Legal Aid – among many other groups – on issues ranging from LGTBQ rights, to preserving affordable housing, protecting immigrants’ rights, and advocating for environmental conservation.

The firm’s approach to associate recruitment is unique. It has adopted a blind testing model to ensure a focus on recruiting candidates with the greatest abilities rather than concentrating on meeting diversity targets or, worse, allowing unconscious biases to influence the process.

Under the blind test, potential new associates are given a sample case study and asked to brief it before meeting any partners. The briefs are then individually blind graded by partners, with the grades factoring heavily in the candidates’ overall evaluations.

‘This process hasn’t just resulted in an incredible number of women, attorneys of colour, and LGBTQ individuals joining our ranks,’ Andrew Dunlap, the firm’s administrative partner, said. ‘It has allowed us to attract the best attorneys in practice.’

Diverse attorneys are visible and empowered

At Selendy & Gay, women helm several of the firm’s most high-profile engagements. Faith Gay, who is openly lesbian, and three other female partners lead the representation of McKinsey & Company in multiple highly publicised litigations.

Diverse partners and associates also handle significant public interest cases concerning the advancement and protection of women, LGBTQ individuals, and minorities. For instance, several female partners serve as lead counsel to a group of teachers, nurses, and other public servants in a major class action lawsuit accusing student loan servicer, Navient, of unfairly denying them access to loan forgiveness. These partners also represent the American Federation of Teachers (AFT) – a union of teachers, healthcare workers, and others – which sued the US Department of Education and the Secretary of Education for failing to properly administer the nation’s Public Service Loan Forgiveness programme.

The outcome of these cases, and America’s US$1.6 trillion student debt crisis, disproportionately impacts people of colour who are statistically more likely to have to take on student loan debt than their white counterparts, and women, who make up the majority of AFT’s members and who historically repay their loans more slowly than men due to the gender pay gap.

Flugman, who is also openly gay, recently defended a ban enacted by the State of New Jersey on the practice of so-called ‘sexual orientation change efforts,’ also known as ex-gay or gay conversion therapy, on minors by state-licensed professionals.

‘We take pride in devoting our skills and expertise to cases in which doing well for our clients also means doing good for the public,’ Gay said.

The founders of Selendy & Gay set out to reimagine modern law practice. Poised to celebrate its two-year anniversary, the firm says it will continue its disciplined growth while remaining laser-focused on the practices that make it a leader in diversity and inclusion.