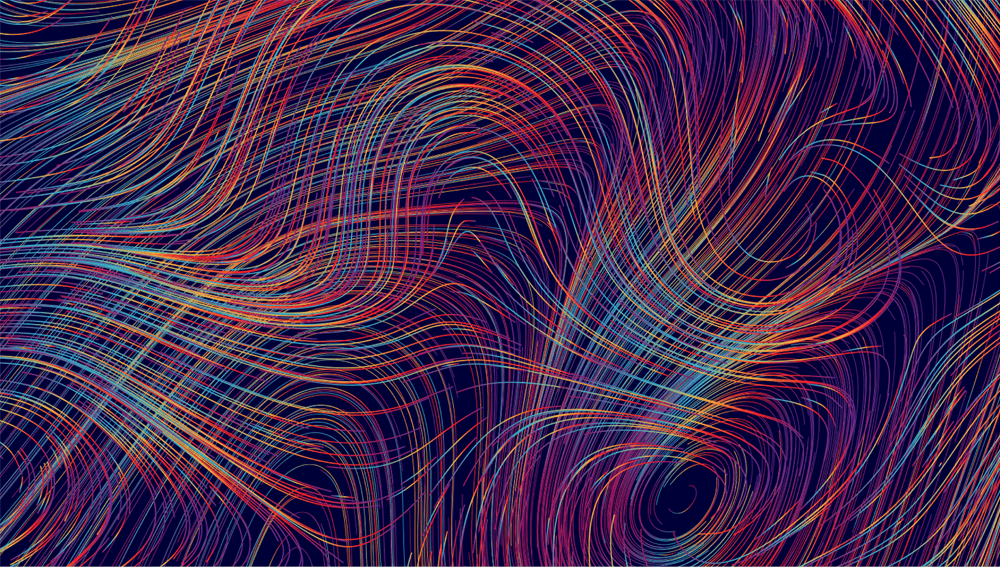 The Diversity Lab announcement regarding the Move the Needle Fund (‘MTN’) in September 2019 revealed the most ambitious, public, and collaborative effort by global law firms to achieve measurable diversity goals. The participating law firms have set aggressive five-year diversity goals and will publicly report on their progress and the actions they take to achieve them by 2025. Eversheds Sutherland, Goodwin, Orrick, Stoel Rives, and Nixon Peabody will work with Diversity Lab and 28 founding GCs to tackle the legal profession’s diversity problem.

As one of the founding firms, Goodwin has committed $1m to MTN and, in January 2020, officially began measuring progress on its publicly announced goals. Helen Donegan, US editor (content) from The Legal 500, sat down with David Hashmall, Goodwin’s chairman emeritus who will lead the firm’s MTN involvement together with the firm’s chairman, Rob Insolia to find out more.

Goodwin has worked with Diversity Lab for a number of years, including participation in its Mansfield Rule and OnRamp Fellowship initiatives. Leveraging that relationship, Diversity Lab founder Caren Ulrich Stacy contacted Goodwin directly to invite it to become an MTN firm and discuss what would be involved. ‘Caren called us because she knows how important diversity and inclusion are to us,’ says Hashmall.

This sentiment is echoed by Caren Ulrich Stacy when asked to comment on the reason for approaching Goodwin: ‘Goodwin’s leaders are always receptive to trying new things on the diversity and inclusion front when we approach them. They were one of the first firms to pilot the OnRamp Fellowship and the Mansfield Rule. Instead of asking “who else is doing it” as the initial question, they ask “how can we make sure this is successful for the benefit of our lawyers, staff, and clients?” This experience, even though the stakes were higher – public goal, substantial monetary investment – was no different.’

And so began Goodwin’s journey to become a founding MTN firm. When asked why Goodwin was open to being involved, Hashmall responds: ‘We have been focused on diversity and inclusion (D&I) for a long time. When I became chairman in 2014, I announced D&I as a top priority in my leadership agenda, and we formed our Inclusion Advisory Committee (IAC) to unify and work strategically across our firmwide diversity and inclusion initiatives. I have been working with Laura Acosta [Goodwin’s managing director of diversity and inclusion] and a terrific team that’s 100% committed to our firm becoming fully inclusive and highly diverse. Yet, making significant progress has been difficult. What attracted us to MTN was the opportunity to collaborate with others, gain different perspectives, and realise the benefits from working together to address these difficult challenges.’

The firm does not take its MTN participation lightly. Hashmall candidly describes Goodwin’s initial deliberations over whether it wanted to join: ‘We gave a lot of thought as to whether we wanted to put ourselves out there and say this is what we want to achieve in the next five years – and then face what would happen if we didn’t. We ultimately decided that setting goals and publicly announcing them would elevate their priority and hold us accountable for doing everything we could to achieve them.’

This commitment is not something all firms were in a place to accept. ‘We initially approached ten firms that are often open recipients to experimentation on D&I initiatives, in hopes of getting five commitments,’ confirms Ulrich Stacy. ‘Some of them were just not ready or set up for the combination of committing to a totally transparent, public goal, experimenting with new methods, and the financial investment. It’s well known that lawyers are generally risk-averse and prefer to follow precedent with proven ideas. The problem is, we’ve been following that plan for decades with little progress to show for it. The five firms that did go “all in” with us and the founding GCs are truly courageous trailblazers.’

What followed for Goodwin was a nine-month period of deliberations to determine the actual goals the firm would set. As part of the process, Goodwin reviewed its proposed goals with MTN’s participating companies and fellow founding law firms, and revised the goals based on collective feedback. ‘There was a lot of back and forth between the law firms and client companies about exactly what the goals are and that took some time,’ says Hashmall.

Goodwin’s goals focus on the development, retention, and advancement of diverse lawyers. ‘We have done a pretty good job of recruiting young, diverse classes of lawyers. If you look at our associate recruitment in terms of gender, race, ethnicity, and LGBTQ+ identity, we pretty much mirror graduating classes around the United States. But then you look at our senior associates or young partners and see the change in our diversity makeup,’ explains Hashmall, highlighting an issue not unique to Goodwin. ‘The other part is the leadership component. We wanted to not only focus on promoting and advancing diverse lawyers, but also on giving them the opportunity to participate in leadership roles. This is really the next step from the Mansfield Rule, which focuses on the slate of possible candidates for leadership positions. We thought we would take that one step further.’

Setting its own goals was not the only investment Goodwin made to MTN in these early days. The firm’s involvement in helping to shape MTN is praised by Ulrich Stacy: ‘Goodwin played a very important role in helping us, the founding General Counsels, and the legal community leaders further develop the framework for the Move the Needle Fund – all of their leaders, including their firm chair, the COO, and the CHRO, were super engaged in the early decision-making and provided incredibly thoughtful input. Their enthusiasm and strong desire for forward momentum is a driving force on this effort. Goodwin is definitely in it to win it (i.e. achieve their goal), and also truly committed to collaborating meaningfully with the other MTN firms and legal departments.’

With objectives set by each MTN firm, the focus moves towards what the firms are actually going to do to achieve them. ‘One benefit of working with Diversity Lab is that they have advanced data analytics that can help us determine why we aren’t yet achieving what we want to achieve in the D&I space,’ Hashmall notes. ‘A lot of the work, in terms of advancement and promotion, will be in creating initiatives to give our diverse lawyers access to new opportunities at our firm and with the MTN companies.’

Herein lies one additional advantage of MTN. The opportunity to work with client organisations will obviously benefit the founding firms by boosting their diversity efforts. For the diverse lawyers involved, it offers direct business and career opportunities. ‘One of the key ways to succeed in a law firm is not only by being a great lawyer but also by showing you have the ability to work with clients, expand client relationships, and attract business.’

Working with client organisations on diversity-related initiatives is not new to Hashmall and Goodwin. ‘When I was chairman, I visited 12–15 of our clients each year and talked about how we could help them with non-legal services – at no charge. We have a whole team at Goodwin dedicated to diversity and inclusion, and many of our clients have benefitted from our help on D&I challenges at their own organisations’. And clients have taken note of Goodwin’s MTN involvement. ‘After the MTN press release was issued, many clients asked how they could work with us on this initiative, and several already are.’

“Our goals are as much about inclusion as they are about recruiting, development, promotion, and advancement. Inclusion is critical – only when people feel like they belong do they feel like they have an opportunity to succeed”

When asked if the firm has made practical plans to achieve its goals, Hashmall says that Goodwin is preparing to disrupt some of its processes to support its objectives – and that the firm has been doing this for some time. He explains that unconscious bias disruption has been a particular focus of Goodwin’s ongoing work in this area. ‘We decided it was not just about education and awareness, but also the systems that impact people’s day-to-day experiences, so we updated our hiring and assessment processes, and our partner promotion processes as well.’

Goodwin has been working diligently to incorporate its MTN involvement throughout the firm, says Hashmall. ‘Our firm is organised into what we call business units (BUs). Each BU has named partners responsible for its diversity initiatives, and members of our Inclusion Advisory Committee have been working with those representatives to form action plans. We are building on a strong foundation and are selecting ambassadors from each BU to be part of MTN and to work with Diversity Lab, the other firms, and the MTN companies.’

Often the focus of D&I initiatives is more on the diversity aspect (with an emphasis on diverse lawyer numbers and related statistics) and not enough on inclusion. This is not the case at Goodwin according to Hashmall. ‘Our goals are as much about inclusion as they are about recruiting, development, promotion, and advancement. Inclusion is critical – only when people feel like they belong do they feel like they have an opportunity to succeed.’

Goodwin’s five-year goals are based on the firm’s desire to retain and advance its diverse lawyers at equal rates – from entry-level through the upper ranks of the firm – by ensuring everyone has equal access to career-enhancing work, sponsorship, and leadership opportunities. In order to accomplish this, Goodwin aims to achieve the following:

(In all of Goodwin’s efforts to enhance diversity, inclusion, and equity, the firm remains committed to equal opportunity for all of its people.)

How will success be measured at Goodwin, and will it be based solely on meeting the goals set? ‘Obviously we hope we reach our goals,’ states Hashmall. ‘Part of our success is already baked in – we have buy-in and commitment from Goodwin leadership and across the firm. We don’t have to force it; this is something we believe in as a firm.’

And who will ensure that Goodwin is working towards its goals? ‘It’s a strategic goal of the firm, and as such senior management is responsible to ensure we achieve it,’ Hashmall says. ‘Our affinity groups (a women’s initiative, a Pride group, and an initiative on race-ethnicity) and our Inclusion Advisory Committee will continue to play important roles by advising senior management and sharing perspectives on what’s working and what’s not.’

Goodwin’s ambitious MTN goals will pose a considerable challenge but one well worth the intended outcome according to Hashmall. ‘We are giving our people an opportunity. We have talented and passionate lawyers joining Goodwin each year, and there is no reason why they cannot succeed with us.’

The next question to ask was how Goodwin’s MTN involvement will affect the firm’s day-to-day operations over the next five years. ‘I firmly believe that our MTN campaign will lead to more engagement across the firm. With goals this ambitious, we are now seeing colleagues who haven’t traditionally been involved in the diversity and inclusion space getting involved, and that’s what’s so powerful about this.’

‘It’s going to require some changes to our approach, and it has to be done in a way that’s consistent with our culture. The biggest impediment, I believe, will be unconscious bias. Even with the best intentions, it always seems to come back to this. I don’t want to underestimate how challenging this will be.’

Nevertheless, Hashmall is optimistic and is clearly enthusiastic to get started. ‘I am very proud that we have taken this step. I believe it reflects who we are as a firm. Goodwin is all in on moving the needle on diversity and inclusion. We are in it together.’