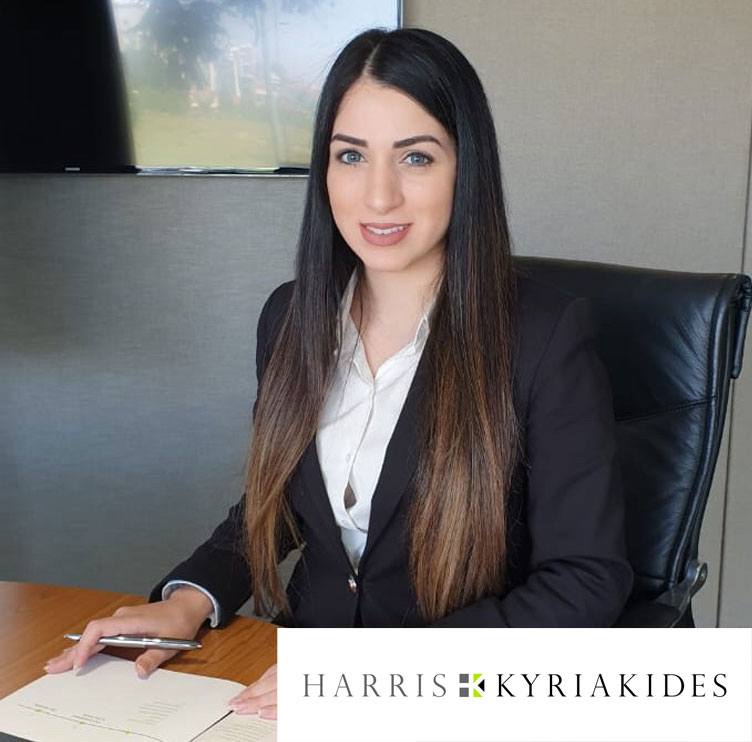 The escalation of the COVID-19 pandemic and the emergency situation created in the public health sector, which severely harms the citizens and the wider society, has led to concussions in the global and national economy.

The impact on the Cypriot economy, businesses and society at large has been enormous. Businesses have been forced to operate under a state of emergency, and specific sectors of the economy, such as tourism, entertainment, construction, transportation, and the trade in goods other than food, medicine, and sanitation, have abruptly shut down or have been underperforming. The access of some people to their work was impossible and the investments were frozen, causing uncertainty.

One can compare the present conditions with those Cyprus experienced in 2013 with the bail-in (“haircut”) imposed on banks by the EU. However, the crisis of 2013 concerned only Cyprus, while the crisis we are experiencing today is global. The crisis of 2013 mainly concerned the banking sector with wider implications to other sectors of the economy, while today it concerns all sectors.

Despite the President’s reference to “emergency conditions”, a state of emergency was not declared. In Cyprus, the declaration of a state of emergency is regulated by Article 183 of the Constitution. Such situation is declared by the Cabinet and approved by the parliament in case of war or other public danger that threatens the existence of the Republic and specific articles of the Constitution, which protect fundamental rights and freedoms are suspended.

Cyprus took strict measures early, taking seriously into account the recommendations of the epidemiological team. The measures had obvious results as the number of cases and deaths has been low compared to other countries. The measures were mainly anthropocentric and the protection of human life came first and the economy concerns followed.

From the very first days of its entry into this unprecedented global situation with this virus, the Cypriot government announced a package of fiscal measures to support the economy, save businesses, keep jobs, finance small and medium-sized enterprises and self-employed people, and the loan and tax liabilities of individual and legal entities.

From the very first days of its entry into this unprecedented global situation with this virus, the Cypriot government announced a package of fiscal measures to support the economy, save businesses, keep jobs, finance small and medium-sized enterprises and self-employed people, and the loan and tax liabilities of individual and legal entities.

In addition to the direct impact on the economy, COVID-19 has also legal implications.

Travel restrictions
On 24 March 2020, the ban on unnecessary travel came into force. From 13 April 2020, the citizens, in addition to the transport to their work, had the right to one additional movement until 9:00pm by sending an SMS text to the number 8998 (an electronic platform was set by the government) and then receiving permission or by completing a specific Form. From 4 May 2020 the number of movements increased to three per day with the complete ban starting at 10:00p.m. From 21 May 2020 the travel restrictions were lifted. Furthermore, there were unprecedented restrictions on the gatherings, privacy and exercise of professions. These restrictions have sparked much debate about their constitutionality due to the state’s limitations of fundamental rights. As it is well known, the restriction of rights must not affect the core of the rights, it must be proportionate to its purpose, absolutely necessary and for a reasonable period of time. Issues related to the predictability of criminal liability were also raised.

Courts & Legal profession
The courts and consequently the legal profession in Cyprus were one of the most affected areas. From 16 March 2020 and following a decision of the Supreme Court, the adjudication or further promotion of all cases was suspended in all Courts, as of 16 March 2020 until 30 April 2020, with some strict exceptions (such as urgent interim order applications, appeals in relation to foreclosures, extradition and European Arrest Warrant cases, criminal cases where the accused were under custody, cases concerning the Quarantine Law and the related decrees issued by the Minister for Health etc). Furthermore, the filing of documents excluding emergency cases was stopped.

The modernization and the entrance of e-justice has been a common demand for years. If there was progress and adaptation to technological data in the field of justice, the whole justice system would not be “paralyzed”. Deadlines would normally continue without having to be suspended for such a long time and trials would be conducted electronically. The whole situation caused by COVID-19 has accelerated the procedures of entry of e-justice and results are expected soon.

The suspension of the operation of the courts and the cessation of the filing of the documents led to reduction of the turnover of law firms, with the result that some suspended their operation either partially or completely for a certain period of time.

On the other hand, several law firms in Cyprus have been forced to adapt to the new data and turn to technology in a very short time. Work from home was established which proved to be easy, efficient and functional and contributed to the saving of valuable time. HARRIS KYRIAKIDES LLC was familiar with the technological mode of operation, implementing even before the announcement of the government’s measures, its business continuity plan. Our offices remained open with core people, while all of our lawyers and associates were working remotely. The meetings were conducted by electronic means and there was no change in the quality of the services provided.

Transactions
Furthermore, the COVID-19 virus also had legal implications to transactions. The restrictive measures caused obstacles and/or complete inability to perform the contractual obligations of the parties. In cases where the term force majeure exists in the agreement, one or both parties is prevented from fulfilling their obligations under the contract. However, sometimes the term is very general and has a special interpretation according to the intent of the parties at the time of signing. The answer to whether COVID-19 is deemed as qualifying as a force majeure event is not simple. It is purely a matter of interpretation that will depend on several factors.

In cases where there is no explicit term for force majeure in the contract, then the Doctrine of Frustration may come into force. Under Article 56 (2) of CAP 149 of the Cypriot Contract Law, a contract may be considered frustrated when an unexpected event occurs, which the parties could not prevent or have foreseen the possibility of it occurring. The cancellation, corresponding to the theory of force majeure, terminates the contract from the time the unexpected event has taken place without the fault of a contractor, as the contract can no longer be executed. In cases where there is an alternative option for the purpose of fulfilling the contract then COVID-19 will not justify the non-performance of the obligations stipulated in the contract or early termination. It may justify, though, a delay in performance.

Employment law
COVID-19 raised several employment law issues. Many companies have been forced to either suspend their operations in accordance with the relevant decrees of the Minister of Health, and others have reduced their turnover by a large percentage, making it difficult for them to meet their obligations. Some companies have decided to dismiss staff due to redundancy and others have reduced their salaries. Thus, several legal issues arise as to whether these actions are permissible.

The issue of Redundancy in Cyprus is governed by the Termination of Employment Law 1967 (Law 24/1967). Any case of dismissal due to redundancy is considered in accordance with its particular circumstances and in the case of the redundancy being justified, the employee will be compensated by the Redundancy Fund. However, according to Cypriot case-law, redundancies due to a temporary situation such as COVID-19 with the consequent reduction of turnover for a few months are unlikely to be considered legal and the employer will have to pay compensation to employees. As for the reduction of the salary, if the reduction is held unilaterally without the consent of the employee, then the employer may face a number of consequences such as payment of compensation to the employee and deprivation of the opportunity to participate in the Support Plans of the Cypriot Government regarding the Suspension of business operations.

Insurance sector
As far as the insurance sector is concerned, a key question that needs to be answered is whether insurance companies cover cases arising from pandemics. Pandemic is not a common term in insurance policies but even in cases where it exists it must be interpreted specifically. Undoubtedly, with the COVID-19 pandemic, the insurance companies in Cyprus and abroad are entering a new era, while the customers from now on will request the expansion of the range of coverage.

Insured persons should check the insurance policies to see if there is a reference to the terms in an epidemic and whether it is bacterial or viral and what is the list of coverage provided. In cases where death is caused by COVID-19 and the insurance company provides this coverage, the latter is obliged to pay compensation. In terms of business, pandemic coverage is not usually named among insured risks unless the company has specifically requested that coverage. If such coverage is not included in the contract, companies that have suspended their operation, or have been forced to operate in a different manner as a precautionary measure against the spread of the virus, will not be reimbursed.

COVID-19 had unexpected consequences in many fields of life and as indicated above many legal impacts. All effects are interrelated with the economy. The recovery of the economy and all related effects is intertwined with the lifting of restrictive measures around the world. With the gradual relaxation of the measures, we will return to normalcy, however, we need proper planning and management plans for such crises.

One Reply to “Legal impacts of COVID-19 in Cyprus”