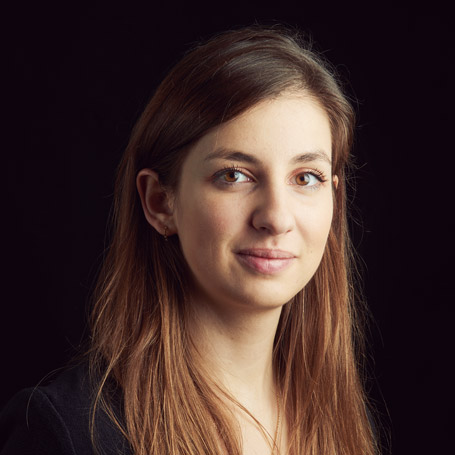 Mathilde is a Senior Associate in the Media Litigation group. Her practice encompasses all aspects of Media law. As part of her defamation and reputation management practice, Mathilde advises both claimants and defendants, individuals, charities and corporations, often acting against multiple defendants. She has been the lead associate in a number of recent media cases, and assisted on various successful injunctions. She is highlighted as a Rising Star in the Legal 500.

She represents clients both at the pre-publication stage and after publication, obtaining injunctions, corrections and apologies, as well as statements in open court and statements summarising judgments and orders. In her recent cases, she has obtained the publication of various apologies and corrections, and several payments of 5 figure and 6 figure damages for her clients. Mathilde has also successfully obtained interim injunctions which were converted into permanent undertakings to the Court and into a permanent injunction following an application for summary judgment.

She has acted against private individuals, social media platforms and a variety of publishers including the Daily Mail and MailOnline, the Mirror, Express Newspapers, the Guardian, the Times and the BBC, as well as foreign newspapers in both English proceedings and multi-jurisdictional matters. She also deals with complaints to IPSO and assists on media law issues arising in arbitration proceedings

As part of her privacy practice, Mathilde regularly acts for clients in anonymised proceedings involving misuse of private information, breach of confidence, blackmail and harassment, both in the High Court and in arbitrations. She obtains urgent injunctions for celebrities, leading business figures, politicians and others, restraining breaches of privacy, in litigation and arbitration matters, and secures the removal of sensitive material from the internet. She also advises on confidentiality provisions within settlement agreements, and drafts and advises on non-disclosure agreements.

Mathilde’s data protection practice involves work asserting the Right to Be Forgotten, from the initial stages of online removal of search results and links through to court proceedings against search engines, as well as complaints to the Information Commissioner’s Office. She also advises on rights and obligations arising from the General Data Protection Regulation and the Data Protection Act 2018, including subject access rights.

She regularly publishes expert commentary on recent legal developments, including in the national and legal press. Mathilde is a pro bono legal adviser at the Waterloo Legal Advice Service.

Mathilde read English and French law at King’s College London and La Sorbonne. She subsequently obtained her LLM from McGill University and a PhD in comparative law from King’s College London. She trained with international law firms Bird & Bird and Linklaters before re-joining Carter-Ruck in January 2017, having previously worked as a paralegal with the firm in 2015. Mathilde qualified in October 2017.

Mathilde is a member of the Paris Bar and of the Franco-British Lawyers Society and is practicing in England and Wales as a Registered Foreign Lawyer.

Working to the ‘very highest standards across the board’, the team at Carter-Ruck assists high-profile clients facing the publication of untrue or intrusive allegations in traditional media, TV, radio, and social media platforms. The team supports a number of political figures, celebrities, and multinational companies, working closely with clients’ in-house PR teams to advise them on the full range of political rights regarding defamation and privacy. ‘Master strategist’ Nigel Tait

heads up the practice with a formidable record of securing front page apologies by major newspapers and injunctions on defamatory publications. Specialist media litigator Adam Tudor

regularly handles complex pre-publication matters alongside senior associate Helena Shipman, while Persephone Bridgman Baker advises clients on the misuse of private information and harassment. Rebecca Toman expertly handles both claimant and defendant work for UHNWIs and HNWIs, and commercial litigator Claire Gill has considerable expertise with GDPR and the Right to be Forgotten. Senior associates Mathilde Groppo and Dominic Garner are also recommended.