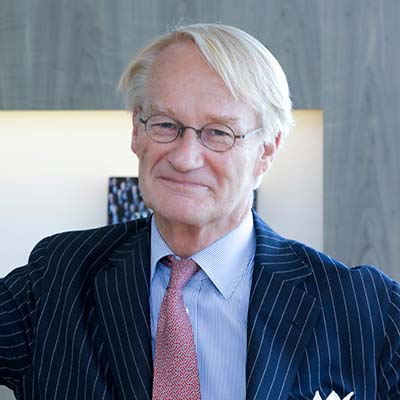 Jean-Pierre Fierens is a partner in our dispute resolution practice. He specialises in corporate and contract law and is one of Belgium’s most renowned litigators, especially in arbitration.

Jean-Pierre acts on a range of domestic and international cases, covering both litigious and arbitral proceedings for clients in sectors including banking, food, and insurance. He also represents state entities.

He is well-known for his roles in complex and highly mediatised disputes involving liability of directors.

Over the last ten years, Jean-Pierre has been appointed numerous times as sole arbitrator, co-arbitrator, or chairman of an arbitral tribunal.

He also acts as counsel in arbitration matters, and he is an accredited mediator (CEDR, London).

Jean-Pierre Fierens started his career as a lawyer at De Bandt (presently Linklaters). Before joining Strelia in January 2013 as founding partner, Jean-Pierre Fierens was a partner in the Brussels office of Stibbe, since 1986. He chaired the Board of Stibbe and was the head of the litigation department at Stibbe Brussels.

Jean-Pierre Fierens was the President of the Dutch-speaking Bar Council of Brussels from 1998 until 2000, the President of the Belgian section of the League pour le Droit de la Concurrence from 2000 to 2003 and is a member of the ICC, the CEPANI, FRANCARBI and the ABA.