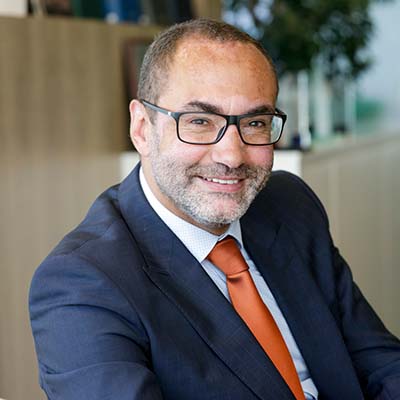 Olivier Clevenbergh is partner in the corporate & finance practice. He also handles dispute resolution matters and is currently the firm’s managing partner.

Olivier is an expert in national and international acquisitions, dispositions of shares and assets, private equity and venture capital transactions, mergers, and joint ventures. He has specific expertise in commercial contracts. Moreover, he is a renowned legal specialist in franchising.

Olivier combines his transactional practice with a contentious practice covering the same types of matters. He therefore also represents clients in commercial and corporate litigation before Belgian courts and arbitration tribunals.

Before becoming a founding partner of Strelia in January 2013, Olivier Clevenbergh was a partner at Stibbe from 2000, heading the Corporate & Finance team. In addition to his client activities, Olivier was Managing Partner of Stibbe Brussels from 1 January 2005 until 30 June 2011. He was the Secretary General of the Alliance between Herbert Smith, Gleiss Lutz and Stibbe until 31 December 2011.

Strelia is a boutique focused on corporate transactional and advisory work, alongside contentious matters. The team advises prolifically on domestic M&A, and is increasingly active on cross-border deals, with the M&A offering bolstered by the arrival of Katrien Vorlat from Monard Law in September 2021. Alongside its corporate work, practice head Olivier Clevenbergh has a strong specialism in the retail sector, advising major European players on commercial agreements and operational issues. Gisèle Rosselle handles domestic and cross-border deals, with a particular focus on the tech sector.