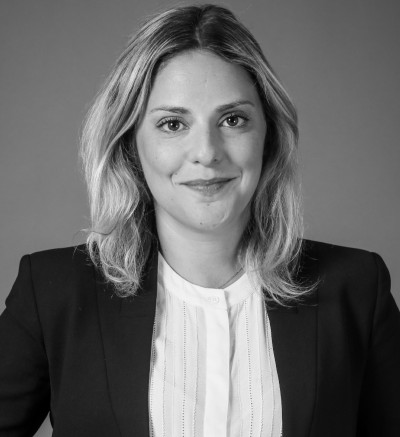 She advises primarily listed companies in complex and technical litigations before all French courts, in particular commercial, civil and administrative courts, as well as in arbitration proceedings and dispute board.

She has also developed a strong expertise in telecommunication matters, while advising one of the four French telecom operators in a multitude of proceedings raising issues of unfair competition law, regulatory law or European law.

Some of those proceedings involve crucial questions for the telecom sector either with respect to the future of certain market practices and/or the role and powers of the French Authorities regulating the sector.

She also advises clients on alternative dispute resolution mechanisms to be implemented when drafting contractual documents.

Caroline has been a lecturer at the University of Paris II (Panthéon-Assas), and University Paris I (Panthéon-Sorbonne) for several years in special contract law and in introduction to law with the Professor Denis Mazeaud and the Professor Muriel Fabre-Magnan.

Admitted to the Paris bar in 2014, she joined ADVANT Altana the same year.