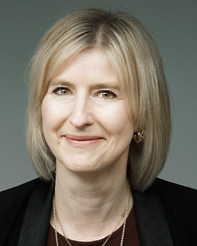 Elisabeth Roscher is a Partner at Wikborg Rein’s Oslo office and is head of the firm’s Compliance and Crisis Management team.

Roscher was previously partner and head of the Fraud Investigation & Dispute Services team at EY Norway. She was also senior public prosecutor with Økokrim, heading up the Subsidy Fraud team. Roscher has extensive experience in both pleading and prosecuting cases before Norwegian courts, including several Økokrim cases before the Norwegian Supreme Court.

– Private investigations and crisis management for both national and international companies