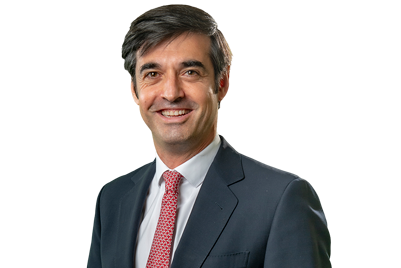 Francisco is a partner in the Madrid office of Uría Menéndez. He co-heads the M&A and Private Equity Practice Areas.

He joined the firm in 2001 and is a partner since January 2012. From January to July 2007, Francisco was seconded to the M&A group of Shearman &  Sterling LLP in New York as part of its International Associate Programme.

His practice spans across corporate and commercial law generally, with a focus in public and private M&A, private equity, banking and capital markets.

He is a recurrent advisor to some of the biggest financial entities in Spain in their corporate and M&A transactions, as well as in regulatory matters. He also regularly advises domestic and international private equity firms, both in the large and mid-markets.

Uría Menéndez provides a full-service private equity service, supporting on fund formation, fundraising, equity investment, debt financing and divestment matters, among others. In addition to its comprehensive domestic activities, the firm is a go-to for transactions pertaining to the Latin American market, fielding 380 lawyers and six offices in the region. The team also often operates in close collaboration with its colleagues in the New York, London and Brussels offices, and includes Christian Hoedl, a market veteran who holds a distinct track record in quoted company deals. Francisco San Miguel caters to local and international players involved in large and mid-market transactions; he co-heads the team alongside Manuel Echenique, who complements his transactional capabilities with expertise in structured, acquisition and project finance.

Uría Menéndez benefits from having a broad domestic network in addition to overseas offices in London, Brussels, Lisbon, New York and locations in South America. Key points of differentiation for the practice include its notably low leverage ratio, fielding 30 partners to 100 lawyers, as well as its proficiency in deals which involve Latin American jurisdictions. Francisco San Miguel is particularly accomplished when it comes to deals in the finance sector and co-heads the practice alongside Manuel Echenique, who serves as counsel to a number of Spain’s largest listed entities. The ‘outstanding’ Rafael Núñez-Lagos is a favourite among clients and is a key contact for infrastructure-related deals, in addition to corporate governance and corporate conflict issues.