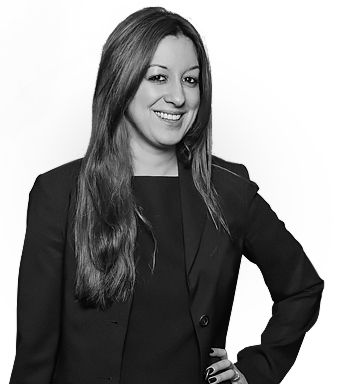 Natasha is a leading extradition barrister who acts for both foreign governments and requested persons.  Natasha is ranked as Band 2 barrister in Chambers and Partners as a leader in the field of extradition at the London Bar.

Natasha is ranked as a Tier 2 leading individual in the Legal 500 in the field of International Crime and Extradition at the London Bar.

Natasha successfully represented Parlinska [2017] in an appeal that set an important precedent for single parents facing extradition. In White [2017] Natasha was instrumental in persuading the Spanish Judicial Authority to withdraw an EAW when an Appellant faced a lengthy sentence for drugs offences.

Natasha deals with a broad spectrum of EAWs. She was led by David Josse QC in India v. Kapoor [2015] a complex Part 2 case involving child abduction and recently represented an Appellant in a triple murder case Albania v Xhelili [2015]. She is adept at making arguments relating to prison conditions in a variety of jurisdictions including Lithuania, Romania and Hungary. She represented the successful Appellant in Alekynas & others [2014].  She is also experienced in Habeas Corpus and Judicial Review proceedings Siuda [2014].

Here’s what the legal directories say about Natasha:

‘ She is brilliant with clients and commands a great deal of trust from them. She is very good in cases with human rights considerations and is a fantastic advocate. ’

“Well liked by clients, she makes the most complex of arguments in a straightforward and comprehensive way. Her advocacy style is relaxed and she is well received by judges at all levels.” “Natasha is a tactically astute lawyer who is very experienced and knowledgeable.”

“She is fantastic with clients and able to put the most anxious of them at ease.” “A real champion of the underdog,”

“she is the type of counsel that solicitors love working with. Both engaging and responsive, she really works with you on a case. Clients really like her as she is charming, down to earth and tenacious.”

‘An outstanding barrister and a dream to work with; collaborative, very diligent and clients love her. She is also a charming and compelling advocate who is tremendous on her feet and impresses the bench. Highly intelligent with an incisive mind she has a fantastic ability to win cases which initially don’t appear winnable.’

‘Very approachable and personal, and able to think outside the box.’

She has expertise in cases involving Article 8 and was recently led by Alan Jones QC in the leading authority on Article 8: Celinski & Others [2015].

She was the first to win an appeal involving a fugitive with only a partner in the UK, Sobieraj [2013]. This was followed by the landmark case of Chmura [2013], the first appeal allowed where the Appellant had no family.

“She is an excellent advocate who is extremely diligent in her work and has an impressive ability to quickly identify the issues in her cases.”

“She is very dogged: she doesn’t let go of a point and is very effective either prosecuting or defending.”

Natasha Draycott –5 St Andrews Hill ‘She has excellent advocacy skills. Her arguments are articulate and precise. Her legal advice in this field is of a high standard and her written arguments are always well drafted.’

5 St Andrews Hill is referred to as ‘extremely strong, especially in extradition‘. Natasha Draycott recently acted for a requested person whose extradition was sought by Australia regarding historic sexual offences. In another extradition case in 2021, Louisa Collins appeared unled in the Administrative Court and successfully overturned an extradition order on behalf of the appellant in the case of Estevez v Court of Mantua, which concerned issues of trials in absentia. Similarly on the defense side, Collins and Ben Keith recently represented the appellants in another extradition case, Tabuncic and Coev v Government of Moldova, the first case in which extradition has been ordered to Moldova under the 2003 Act.