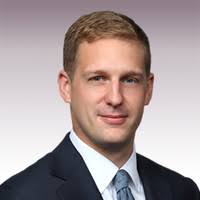 Matthew Wheatley is a partner in the Litigation Practice Group in the Washington, D.C., office of Kirkland & Ellis LLP. His practice focuses on antitrust and competition.

A client describes Kirkland & Ellis LLP as the ‘best in business’ in the class action antitrust space, praising the firm for its ‘thoughtful, pragmatic, and effective’ approach. Monopolization, pricing disputes, unfair competition, intellectual property, and price discrimination are among the issues covered by the team and are also Chicago-based James Mutchnik

‘s areas of focus. Daniel Laytin, also located in Chicago, represents defendants in high-stakes class action and civil litigation matters across the US. The firm has recently expanded its team with the arrivals of antitrust and competition attorney Andrea Agathoklis Murino and litigation specialist Matthew Wheatley, who both joined the Washington DC office in early 2021 from Goodwin. Christa Cottrell, who also forms part of the firm’s Chicago bench, has litigated complex class actions for clients such as General Motors and Sanderson Farms, among others.

Kirkland & Ellis LLP is heavily active in merger clearances, successfully securing approvals for its highly acquisitive corporate and private equity clients, including such major funds as Blackstone, KKR, and Bain Capital, handling a large proportion of HSR filings alongside more contentious merger proceedings such as Second Requests and DOJ investigations. Alongside its strong domestic presence, the firm also regularly handles cross-border clearances, appearing before the European Commission and other global enforcers, and collaborating with its international offices on complex multijurisdictional matters. Key names in the team include the vastly experienced Matthew Reilly

, a fixture in FTC and DOJ merger proceedings on behalf of a wide range of blue-chip clients and New York-based Ian John, who notably represented Ahold Delhaize in the clearance of its acquisition of Fresh Direct. Marin Boney has strong expertise in the software and technology space, handling approvals and investigations for M&A and joint ventures. The team expanded significantly during 2021, with Andrea Agathoklis Murino and Matthew Wheatley arriving from Goodwin in January and March respectively, Jill Ross joining the New York office from Dechert LLP in May, and media and entertainment specialist Scott Scheele arriving from the Antitrust Division in December. Lawyers are in Washington DC unless otherwise stated.