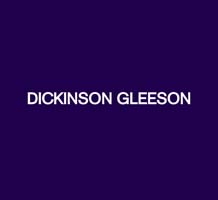 James is the firm’s Managing Partner and a partner in the Firm’s Litigation Department.

James has over 20 years’ experience of dealing with complex commercial disputes in Jersey and other offshore and international jurisdictions. James has acted as an expert witness on Jersey law and regularly appears before the island’s senior courts.

He has a wide-ranging commercial litigation practice which encompasses asset recovery, trust and estate disputes, shareholder and other corporate disputes and cases involving access to information and the restraint of use of improperly obtained information.

James has for many years been ranked in leading legal directories he is named in Legal Week’s list of “Private Client Global Elite” lawyers, is listed in the Legal 500’s “Hall of Fame” (after years of consistently being ranked by the Legal 500 as a leading dispute resolution lawyer in Jersey), Who’s Who Legal ranks James as a Thought Leader in GIR – Asset Recovery and recommends him in Commercial Litigation 2022. He is a Top Recommended Offshore Expert in Spears 500 2021 and features in the Citywealth Leaders List.

Dispute resolution is a core component of Dickinson Gleeson‘s offering. The team is well suited to contentious trusts, with deep knowledge in Jersey trust law. It has an impressive client roster of high-net-worth individuals and their trusts, as well as a variety of trustees and creditors, in the case of bankruptcy proceedings. Jointly taking the lead are co-founding partners and experienced commercial litigators James Dickinson

, both of whom are focused on trust and funds disputes. Craig Swart is a South African attorney specialising in trusts and insolvency law, while Guillaume Staal  has a niche in estates disputes. Senior associate Pierre Ali-Noor puts an emphasis on emphasis on trusts, fraud and investment disputes.

Dickinson Gleeson focuses on advising owner-managed businesses in Jersey on all aspects of their contentious, non-contentious and administrative trust matters. The team is led by Craig Swart , an experienced trusts lawyer. Co-founding partners James Dickinson

are active in private client-related disputes, with a strong client base of high-net-worth individuals, financial institutions, law firms, and trustees.