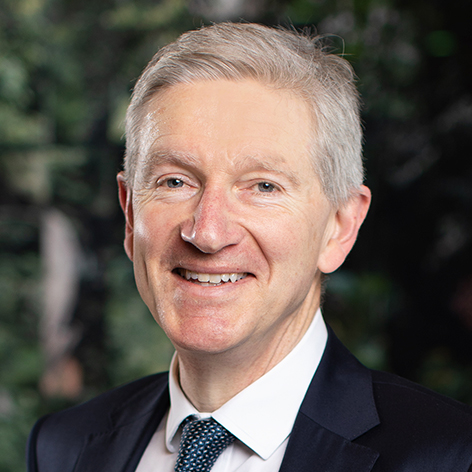 Barry has more than 30 years’ experience in international disputes and investigations, involving banking, finance, financial services, fund and asset management, trusts, insolvency, fraud and financial crime. He has been approved as a Skilled Person by the Financial Conduct Authority and has conducted numerous business critical regulatory reviews in both the UK and overseas.

Barry has particular expertise in large scale financial litigation and arbitration, and regulatory investigations and proceedings.

He represents clients in connection with investigations and proceedings involving both UK and overseas regulatory bodies and government agencies, including the London Stock Exchange, the Panel on Takeovers and Mergers, the Financial Conduct Authority, the Serious Fraud Office, the Department of Justice, the SEC and the CFTC. He frequently advises and conducts internal investigations for financial institutions and other regulated investment businesses; examples include matters involving failings in systems and controls, conflicts of interest, internal fraud, the alleged manipulation of LIBOR, precious metals, FX and commodities trading, market abuse, insider dealing, misleading statements, money laundering, bribery and corruption, and failure to prevent economic crime.

Barry’s representation of clients has included complex, often cross-border, disputes and investigations involving the co-ordination of proceedings or the obtaining of evidence abroad, as well as information requests from international courts, regulators and government agencies, such as under the Hague Evidence Convention or the Crime (International Co-operation) Act 2003. Overseas jurisdictions have included the Cayman Islands, the BVI, the Bahamas, Bermuda, Luxembourg, Liechtenstein, France, Italy, the Isle of Man, Jersey, Guernsey, Brazil, Switzerland, Hong Kong, Singapore, China, Malaysia, Mauritius, Indonesia, Greece, Ireland, the United States, the Netherlands, Sweden, Denmark and Iceland.

‘Tough defenders but sensible and approachable’, the team at Macfarlanes LLP advises an international corporate client base on bribery, corruption, and other financial crime issues, encompassing regulatory and criminal investigations brought by international enforcement agencies, as well as internal compliance audits. The firm has a particularly strong record in AML advice, and has also seen an uptick in sanctions work, both with regard to enforcement and compliance. The vastly experienced ‘genuine star‘ Neill Blundell

heads up the team, and combines deep regulatory and criminal defence expertise, acting across the full range of financial crime matters for a diverse client base. Barry Donnelly  handles multijurisdictional investigations by the likes of the SFO and US DOJ, while senior solicitor Helen Harvey plays an increasingly key role in criminal tax investigations and sanctions work.

With a team that includes ‘some of the most experienced and highly regarded practitioners in the area’, Macfarlanes LLP acts for a client base that includes banks, investment funds, broker-dealers and sovereign states across the full range of banking disputes. Barry Donnelly is ‘exceptionally experienced and talented’ and is currently engaged in a number of transatlantic disputes, while Matt McCahearty is ‘one of the leaders in the field’ and handles both commercial litigation and regulatory investigations. Dan Lavender is also skilled at advising on regulatory and commercial disputes, and is regularly instructed on cross-jurisdictional cases. All named partners jointly lead the team.