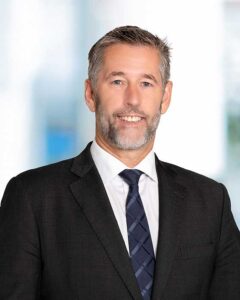 Mr Christian Poulsson har 20 years of experience within renewable energy (hydro, wind, solar). His fields of expertise cover all areas of electricity production, sale and transport of renewable energy as well as litigation. Christian is among other things an acknowledged expert on physical and financial power trading, including regulatory matters related to commodity derivatives. In addition, he is an experienced transactions attorney.

With ‘expert competence in electricity and renewable markets‘, Kvale Advokatfirma DA has an established track record in representing developers, producers and utility companies in a wide range of transactional, regulatory and contentious work. Christian Poulsson, who leads the team, is a key name for cross-border work, and is highly experienced in acting for Norwegian hydropower and wind power clients in restructuring and transactional mandates. Kristin Ourom ‘has strong knowledge around all aspects of the energy industry in Norway‘. Per Conradi Andersen and associate Pernille Wold Ellingsen are also names to note.