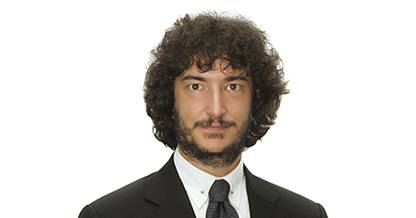 Emerging challenges in global competition law enforcement: hot topics of the near future

Emerging challenges in global competition law enforcement: hot topics of the near future 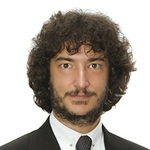 Mr Gönenç Gürkaynak is the founding partner of ELIG Gürkaynak Attorneys-at-Law, a leading law firm of 98 lawyers based in Istanbul, Turkey. Mr Gürkaynak graduated from Ankara University, faculty of law in 1997, and was called to the Istanbul Bar in 1998. Mr. Gürkaynak received his LLM degree from Harvard Law School, and is qualified to practice in Istanbul, New York, Brussels and England and Wales (currently a non-practising solicitor). Before founding ELIG Gürkaynak Attorneys-at-Law in 2005, Mr Gürkaynak worked as an attorney at the Istanbul, New York and Brussels offices of a global law firm for more than eight years.

Mr Gürkaynak frequently speaks at conferences and symposia on competition law matters. He has published more than 200 articles in English and Turkish by various international and local publishers. Mr Gürkaynak also holds teaching positions at undergraduate and graduate levels at two universities, and gives lectures in other universities in Turkey. 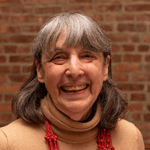 Eleanor was a partner at the New York law firm Simpson Thacher & Bartlett. She served as a member of the International Competition Policy Advisory Committee to the Attorney General of the US Department of Justice (1997-2000) (President Clinton) and as a commissioner on President Carter’s National Commission for the Review of Antitrust Laws and Procedures (1978-79). She has advised numerous younger antitrust jurisdictions including South Africa, Egypt, Kenya, Tanzania, The Gambia, Indonesia, Russia, Poland and Hungary and the common market COMESA.

Eleanor received an honorary doctorate degree from the University of Paris-Dauphine (2009). She was awarded an inaugural Lifetime Achievement award in 2011 by the Global Competition Review for ‘substantial, lasting and transformational impact on competition policy and/or practice’ and lifetime, inaugural or other achievement awards from ASCOLA, AALS Antitrust Section, New York State Bar Antitrust Association, and the American Antitrust Institute.
With Mor Bakhoum, she wrote Making Markets Work for Africa (Oxford 2019). 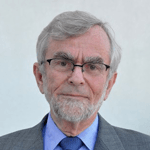 He was previously non-executive director of the Office of Fair Trading in the United Kingdom (2007-2014), judge on the French Supreme Court (Cour de cassation, Economic Commercial and Financial Chamber) from 2004 to August 2012, vice chair of the French Competition Authority (1993-2004) and president of the WTO Working Group on Trade and Competition (1994-2003). He was visiting professor at Northwestern University department of economics in the United States (1978), Keio University Department of economics in Japan (1984), University of Capetown Business School in South Africa (1991), Haifa University School of Law in Israel (2012). He was visiting professor at University College London Law School (2005-2010), global professor of antitrust in the New York University School of Law’s Hauser Global Law School (2014, 2017 and 2022) and senior fellow in the online global competition and consumer law masters programme, University of Melbourne (Australia)(2016-2018).

Frédéric has written extensively about trade, competition and economic development and has served as an adviser to many developing countries on competition and trade issues.

ELIG Gürkaynak Attorneys-at-Law is an eminent, independent Turkish law firm based in Istanbul. The firm was founded in 2005. ELIG Gürkaynak is committed to providing its clients with high-quality legal services and combines a solid knowledge of Turkish law with a business-minded approach to develop legal solutions that meet the ever-changing needs of its clients in their international and domestic operations. ELIG Gürkaynak has established close working relationships with a number of international law firms and has served mutual clients on numerous mergers and acquisitions transactions, competition law matters, commercial arbitrations and various other projects.
This website uses cookies to improve your experience. We'll assume you're ok with this, but you can opt-out if you wish. Cookie settingsACCEPT
Privacy & Cookies Policy