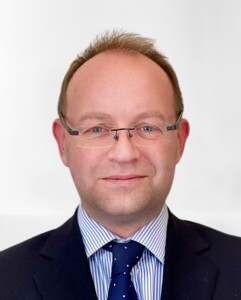 Niall specialises in commercial law (including commercial fraud), offshore and international work (notably in the BVI as well as other jurisdictions), insolvency and restructuring and company law (with a particular emphasis on shareholder disputes). He regularly appears in the Commercial Court, the Chancery Division and in the BVI Commercial Court. He also regularly appears in arbitrations including inter alia ad hoc, LCIA.

Niall regularly acts in complex fraud and asset tracing claims, often with an international element. He also acts in a range of commercial matters from contractual disputes to guarantees. He is also experienced in obtaining freezing orders both in England (including in support of foreign proceedings) and in off shore jurisdictions

The majority of Niall’s work contains an international element and he spends much of his time advising and acting in off-shore matters, particularly in the BVI.

Niall’s insolvency practice is focussed on corporate insolvency, with a particular emphasis on misfeasance and directors’ duties, cross border insolvency and restructuring and Section 423.

Niall has a particular emphasis on shareholder disputes, director’s duties and director disqualification.

Member of the Chancery Bar Association

Member of the Insolvency Lawyers’ Association

Member of the Commercial Bar Association

Complex insurance sector insolvencies have been a recent feature of Enterprise Chambers, a set seen as ‘a very good choice for insolvency instructions‘. One such case, Kireeva v Bedzhamov; Vneshprombank LLC v Bedzhamov and others has seen Stephen Davies KC acting for the bankruptcy trustee of the defendant, the Court of Appeal decision expected to have far-reaching consequences in cross-border cases. Niall McCulloch appearing unled in Michael J Lonsdale (Electrical) Ltd v Bresco Electrical Services Ltd ((in Liquidation)), the seminal case on the use of adjudication for the administration of construction insolvencies, was another highlight.

Niall McCulloch – Enterprise Chambers ‘He provides sound and pragmatic advice and is a pleasure to work with.’

A robust team of juniors at Enterprise Chambers is recommended for its ‘great variety of specialisms and call’ in company law where chambers is frequently seen in a broad spectrum of matters. Niall McCulloch has built impressive impressive experience in high-profile matters, receiving a slew of insurance sector instructions following his involvement in cases regarding Eagle Star Insurance. Edward Cohen‘s recent caseload has covered the popular area of shareholder disputes, advice on technical issues of company law, and breach of duty claims against directors.

Niall McCulloch – Enterprise Chambers ‘He goes out of his way to be available at all times of day. He provides sound and pragmatic advice and is a pleasure to work with.’