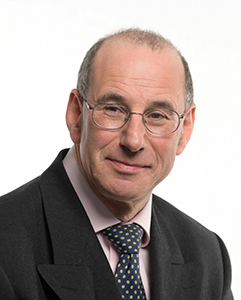 Geoffrey Zelin has built a broad-based practice encompassing all aspects of commercial and chancery litigation, often appearing against silks. He is particularly in demand for company law (including shareholder disputes and cases involving breaches of directors’ duties), corporate insolvency cases (including directors’ disqualification) and bankruptcy, as well as commercial contract disputes, the enforcement of bank securities such as mortgages and guarantees, fraud, property disputes and professional negligence claims, particularly those involving solicitors, accountants and surveyors.

Geoffrey has considerable experience in cases involving the enforcement of banking securities such as guarantees and mortgages acting for both banks and sureties. Many of his cases have an international element with sureties based in different jurisdictions, raising issues of jurisdiction and forum conveniens and Geoffrey has acted as an expert witness in foreign proceedings on the English law of guarantees.

Geoffrey has acted for and advised in a wide range of commercial matters usually with a Chancery flavour including share sale agreements, property transactions, franchises, litigation funding.

Geoffrey has a highly commended company practice, favoured by solicitors for his accuracy, practicality and realism. His practice includes all aspects of company work and he has a particular interest in directors’ disqualification, directors’ duties and shareholder’s disputes. He represented the respondents in Moxon v Litchfield [2013] EWHC 3957 (Ch) the claimant and petitioner in Re Infinite Renewables Ltd [2017] EWHC 1043 (Ch) as well as advising directors and shareholders on a wide range of other matters involving shareholder disputes, partnership and LLP disputes, claims for breach of directors’ duty and corporate insolvency.

Geoffrey is widely commended for his keen legal brain and courtroom performance in insolvency work. A responsive, tenacious and considered advocate, he is often praised for his commercial pragmatism. His practice features an enviable track record in major insolvencies over the years including Imperial Consolidated in which Geoffrey represented and advised the administrators in relation to major asset recovery claims, Austin Rover (acting on behalf of the German creditors committee) and MF Global where he was instructed on behalf of the Tennesse Valley Authority, an agency of the US Federal Government. Geoffrey acted for the company on its appeal against a winding up order in Re LSI 2013 Ltd [2014] and has advised and acted liquidators, administrators and receivers in a number of matters, including asset recovery arising from breach of fiduciary duty, preferences and transactions at undervalues and the retrospective appointments of administrators where the original appointment was defective.

Geoffrey has an outstanding reputation across a range of property matters. Well respected by peers and colleagues alike, he is regularly called on to provide expert advice and advocacy in property and property-related matters. He has in recent years been engaged in Glatt v Sinclair [2011] EWCA Civ 1317 as well as advising one of the landlords in connection with the Bowlplex Ltd CVA and other cases in which he has been able to deploy his experience in the property/insolvency crossover. He advised and acted for one of the defendants on property issues arising in the JSC BTA Bank v Ablyazov litigation.

Geoffrey has also acted in many cases involving trespass, adverse possession, easements and restrictive covenants (both their enforcement and their variation or discharge).

Other cases include acting in a claim for damages to an historic waterfront building in Whitby caused by the over-dredging of the harbour; representing fashion designer Ashley Isham in a constructive trust/proprietary estoppel dispute involving questions of Marshall Islands company law; and acted for the purchaser in the Orientfield litigation arising out of the abortive purchase of a £25m house in London (Orientfield v Bird & Bird [2015] EWHC 1963 (Ch) and [2017] EWCA Civ 348).